Creative Writing (Non-Fiction) alumna, Jocelyn Robson has released her first non-academic book this month. The book is called Radical Reformers and Respectable Rebels: How the Two Lives of Grace Oakeshott Defined an Era. It tells the true story of an Englishwoman who staged her own death and re-invented herself in the far colony of New Zealand in the early 1900s. The story of Grace’s life also explores themes of social reform during the era, including education for girls and the changing nature of marriage.

Jocelyn said she was “delighted” that the book has finally been published. She first found herself “caught up in Grace’s story” after discovering it in an academic journal. “It’s been eight years since I first came across Grace’s story and I’ve been on a rollercoaster ride.”

Historical sources used by Jocelyn include archive documents and interviews with Grace’s descendants. Researching the story, Jocelyn says, was the most exciting part of writing the book. “It was full of unexpected twists and I found out so much more than I ever thought I would.”

The course that Jocelyn completed aims to help students develop 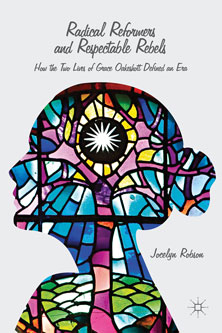 The course Jocelyn said, “got me thinking about different ways I could approach the writing and provided a lot of stimulation and support in the early days.”

Before becoming a full time writer, Jocelyn worked as a researcher and teacher in further and higher education. Her book was published by Palgrave Macmillan and was available to buy from Wednesday 17th February.

For more information and for details on creative writing courses at City, click here or watch course director Dr Julie Wheelwright talking about the course in the video below.