City’s Systems & Control Centre within the Department of Electrical and Electronic Engineering, has been awarded a €280k Horizon H2020 research grant in the field of technology for district heating and cooling.

Led by principal investigator, Professor of Control Theory and Design, Nicholas Karcanias and his co-investigators, Professor George Halikias and Dr Eduardo Alonso, the project is titled, “Innovative Technology for District Heating and Cooling” (InDeal), and will last for 27 months.

City will coordinate the project and deal with modelling and control design issues. Professor Karcanias said: “We will develop and integrate the Decision Support System and also have a significant contribution to the rest of the project’s activities. This is the first project of the Centre in the area of energy and it is one of new research directions we have developed.” 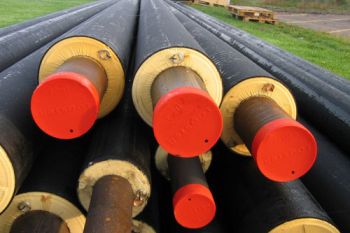 “The District Heating and Cooling sector is a green industry and it is sourced from a combination of recycled and renewable heat means. In an attempt to steer clear from fossil fuels and support a combination of more efficient renewable and competitive energy supplies, advanced information and communications technologies (ICT) are required for the development of a new generation of District Heating and Cooling Systems (DHCS).”

This will enable the further increase of DHCS technology and its market penetration, currently only at ten percent. The InDeal consortium will develop a Decision Support System (DSS) to manage the DHCS. Supporting tools will communicate with the DSS and provide significant information, such as near real-time weather forecasts, near real-time energy demand, stored energy monitoring and control and near real-time energy consumption.

The InDeal process involves the optimal design of infrastructure (piping system, insulating materials, intelligent piping system) and the redesign of existing DHCSs in order to transform them in an automated DHCS which will be able to manage the heating and cooling distribution efficiently.

City’s main technical role in InDeal is the development of a unified distributed, multilayer (hierarchical) modelling framework and control algorithms for optimal design and operation of the heat distribution system.

An algorithm is a procedure or formula for solving a problem. The word derives from the name of the mathematician, Mohammed ibn-Musa al-Khwarizmi, who was part of the royal court in Baghdad and who lived from about 780 to 850. Al-Khwarizmi's work is the likely source for the word algebra as well. A computer program can be viewed as an elaborate algorithm. In mathematics and computer science, an algorithm usually means a small procedure that solves a recurrent problem.