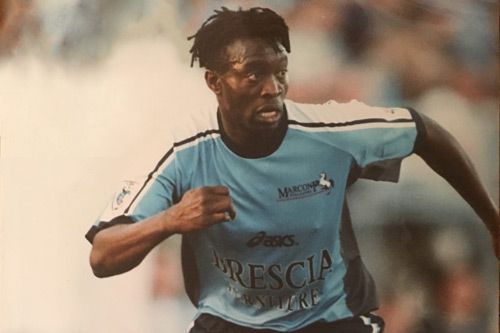 Though he was born in Britain of Nigerian heritage, Francis Awaritefe has also been a former professional football player who was capped three times in Australia.

Bagging a 2:1 Graduate Entry LLB (GELLB) degree from The City Law School in July 2016 and having recently returned to Australia, he is now preparing to embark on a legal career there.

Francis spoke to City News about football, sports jurisprudence and dining at the Middle Temple among other things.

CN: When did you decide to do law?

FA: I've had a long-standing interest in the law, particularly industrial relations, since my involvement in the very early days as a delegate, and later as an executive of the Professional Footballers Australia players union. During my time as a professional football player, I learned first-hand the arbitrary and unfair nature of the regulatory framework which governed the work and employment conditions of professional footballers worldwide. The Bosman case in EU competition law, which decided on freedom of movement, was a pivotal case, along with other Court of Justice European Union (CJEU) sports jurisprudence.

The idea of becoming a lawyer had been at the back of my mind for a while, but life took me in other directions.

On a trip back to London three years ago, I found out that I could undertake The City Law School's accelerated two year LLB (Hons) for the purpose of qualifying as a solicitor. This was considerably faster than in Australia. Given that I already had an MBA degree (from Macquarie University), I decided that this was an opportunity not to be missed. I applied and was accepted by The City Law School, and the rest is history.

CN: What were your City Law School highlights? 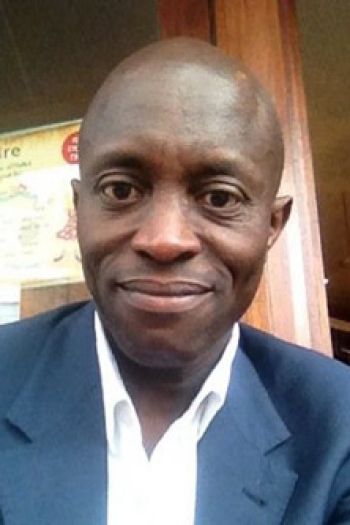 FA: I found it to be a great environment to study law. Most, if not all of the lecturers, are very supportive of the students, are approachable, and have a genuine passion for the subjects they teach. It was a pleasure and a privilege to study with my cohort, most of whom were Canadians. I'll never be short of a place to stay or people to visit when I eventually visit Canada!

Another highlight was dining at Middle Temple on two occasions. It was a privilege to be given a tour of the Inn and its historical artefacts, and listening to eminent judges talk about diversity and human rights.

CN: What were the challenges of returning to full-time university education as a mature student?

FA: Ha! You're making me sound old! My cohort was made up of graduates and we were taught separately from the undergraduate students for all of the core subjects, except for the electives. The challenge in returning to full time study was having to regain my study skills very quickly, which had atrophied somewhat since I studied on the MBA course in Australia. Studying law was not like anything else I had undertaken before in terms of massive volume of work, and the unique approach to studying in terms of acquiring legal reasoning and skills.

CN: How did you get into football, how was it playing in the UK and how did your first journey to Australia come about?

FA: I've played football for as long as I can remember, I started off playing with Chelsea Boys Club team as a teen, then playing for a senior amateur side on Sundays. It was from this team that I was recommended by the coaches to Tooting & Mitcham, a semi-professional team. I played with them for a year before moving to Sutton United and then finally for Barnet FC. After Barnet FC, I decided to follow my Australian girlfriend at the time back to Australia. The plan was to play semi-professionally for a year, then return to UK and try to make it as a professional. However, I enjoyed football and the lifestyle Down Under and subsequently became a resident, then a citizen of the country. Fortunately, I was privileged to represent Australia at international level, acquiring three caps (playing against South Korea and Japan) and scoring a goal. I retired from the Australian National League as 4th All Time leading goal scorer.

CN: What words of advice would you offer to people who want to study law after years of experience in non-law related professions?

FA: Firstly, I would say do your research by speaking to lawyers, students and academics. Also make sure you have family support. The support of firstly, my wife, family, and secondly a few very good friends was critical to my success.

Secondly, before commencing, I would highly recommend reading a book called Letters to A Law Student, by Cambridge academic, Nicholas McBride.

This is a great book, written in a very easy style in the form of twenty letters to a law student. It takes a prospective student from the stage of thinking about studying law or becoming a lawyer, to the application process, starting study, study skills and techniques, exam preparation and graduation.

Thirdly, at the beginning or during the course, get a book about acquiring legal skills. Getting to grips with these skills is critical in gaining the ability to develop legal reasoning and thinking - and most importantly applying what you learn. A recently published legal skills book by Emily Allbon and Sanmeet Kaur Daur is an excellent example.

Fourthly, seek feedback from your lecturers and work out where you can improve and make marginal gains.

Lastly, you will have to put in big hours studying, however take regular breaks from study, there is diminishing returns from studying excessive hours - take time to smell the roses and enjoy the experience!

The Bosman ruling refers to the 1995 European Court of Justice decision banning restrictions on foreign EU players within national leagues which allowed players in the EU to move to another football club at the end of a contract without a transfer fee being paid. The ruling was made in a consolidation of three separate legal cases, all involving Belgian player Jean-Marc Bosman: Belgian Football Association v Jean-Marc Bosman; R.F.C. de Liege v Jean-Marc Bosman and others; UEFa v Jean-Marc Bosman.