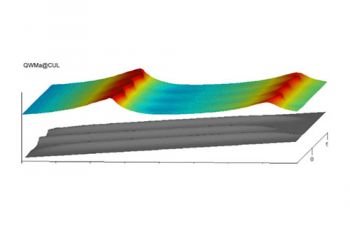 City’s Professor of Hydrodynamics, Professor Qingwei Ma, says work being carried out at his Hydrodynamics Research Group, is assisting in the protection of the UK’s infrastructure (such as offshore wind frms, sea walls and dams) against extreme weather conditions.

Professor Ma has also welcomed recent news that engineers and scientists at the Deltares Research Institute in the Netherlands are carrying out final tests on the world’s largest ever man-made wave machine, the Delta Flume. In this machine, waves are created by a 10m-high steel wall which pushes water back and forth and can replicate choppy storm water in open seas or a tsunami surge. The City engineering academic, who joined the University in 2002, holds the view that questions of scale have been perennial issues in this kind of research: “For many years, people have carried out lab experiments utilising models which are much smaller than their prototypes. It is a very workable approach to research problems and questions if the parameter system involved is not very complex. Unfortunately, engineering practice always raises challenges to people concerned about multiple parameters. Model tests of smaller scale may not be able to accurately assess all the parameters. This dilemma can be only overcome by carrying out experiments using real scale. In regard to marine and coastal engineering research, this means that the experimental facility must be very large and can generate water waves to a height of several or tens of meters.”

Professor Ma says the Delta Flume will permit more experiments to be carried out on sea dikes, breakwaters, monopoles, piers, storm surge barriers, dams, and offshore wind towers, for instance, using real scale as opposed to small models.  By putting a section of such structures into the flume, it will be now possible to measure the real forces on them by regular water waves, irregular waves and large individual waves of up to five meters in height. 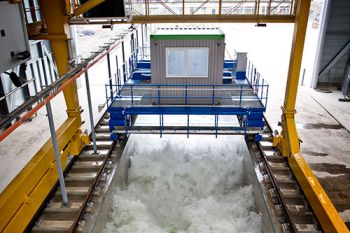 That said, he cautions that there are limitations to the effectiveness of the new wave machine created in the Netherlands: “Although the Delta Flume is a great achievement, its use and maintenance will be very expensive.  More importantly, its size and ability is limited.  It will not meet the demand of situations where the structures (for example, with container ships and oil tankers) are very large and are subjected to waves much higher than five meters, and where there are large reefs on the seabed.” The mathematically-modelled, computer-simulated numerical wave tanks developed by the City’s Hydrodynamics Research Group, he says, “allow these challenges, at least partially, to be tackled”. “The numerical tanks, used by City’s Department of Civil Engineering labs, can generate all of the waves capable of being generated by the new Delta Flume. Even better, City’s numerical wave tanks can generate and model higher waves (for example, as high as 20m) in a water domain of more than 15km long.  The tanks can also simulate and model a very large structure (such as a container ship) in the tank and calculate the loading on the structure as well as its responses to waves.” 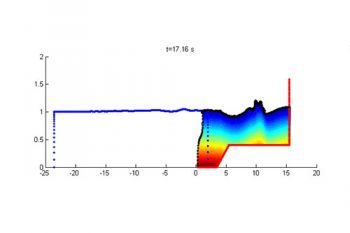 Currently a Principal Investigator of threeEngineering and Physical Sciences Research Council (EPSRC) projects related to wave dynamics and wave-structure interaction, Professor Ma has recently become the co-investigator on new research work backed by  the EPSRC, called the Collaborative Computational Project (CCP). The CCP will serve the UK research community in the area of wave structure interactions (WSI) and draws together computational scientists, Computational Fluid Dynamics (CFD) specialists and experimentalists to develop a national numerical wave tank (NWT) facility fully complementary to existing and future UK experimental laboratory facilities for marine and coastal offshore engineering. In recognition of his outstanding contribution to the International Conference on Computational & Experimental Engineering and Sciences, Professor Ma was made a Distinguished Fellow of the Conference in 2014. 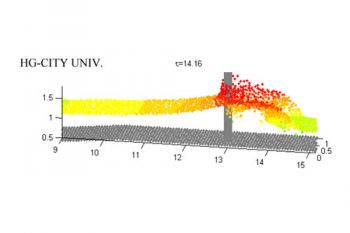 Hydrodynamics is a branch of physics that deals with the motion of fluids and the forces acting on solid bodies immersed in fluids and in motion relative to them.