Professor of Civil Engineering, Professor Andreas Kappos, has been appointed to lead the team drafting the revised Eurocode 8 (Part 3), governing the seismic assessment and retrofitting of buildings. 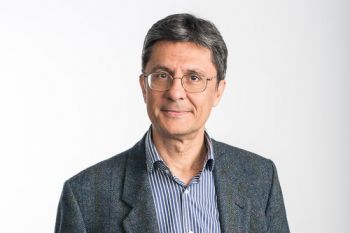 He is also the Director of City’s Research Centre for Civil Engineering Structures. Eurocodes comprise harmonised technical rules developed by the European Committee for Standardisation, for the structural design of construction works across the European Union. These rules are mandatory for specifications regarding public works across Europe and are intended to become the de facto standard within the EU. Professor Kappos is delighted to have been appointed:  “I am very pleased because this is a high-profile appointment. Eurocodes are used for structural design all over Europe and are also adopted by some non-European countries.”  Professor Kappos is also Secretary-General of the European Association of Earthquake Engineering (EAEE), and brings considerable expertise as a civil engineering academic to his involvement with Eurocode:

“A substantial part of my research has been inspired by, and applicable to, issues of seismic design and assessment of structures. I have always seen the inclusion of the most appropriate and efficient seismic codes into existing construction methods, as one of the major challenges to making the code provisions as simple as possible. My participation as part of the Project Team for Eurocode 8 (part 1) in 1998-2001, was a significant experience for me in several respects and really helped me to appreciate the importance of having on such teams of people combining a sound technical and research background with experience from practical design and assessment projects. I have been part of a variety of code-related bodies, among them the Drafting Committee of the Greek Code for Structural Interventions (compatible with Eurocode 8, Part 3) as well as a large number of seminars and workshops on several aspects of Eurocode 8.”

The research carried out by Professor Kappos (editor of the Journal of Smart Cities) covers several aspects of the design and assessment of both buildings and bridges and several of its results can be particularly useful in a codified design context.

He says he is “one of the few people in Europe that can make a substantial contribution to the evolution of the seismic Eurocode.”

Structural Design is the selection of materials and member type, size, and configuration to safely carry loads. Structural design implies the engineering of stationary objects such as buildings and bridges, or objects that may be mobile but have a rigid shape such as ship hulls and aircraft frames. Devices with parts that are designed to move in relation to each other (linkages) are generally assigned to the area of mechanical design.