Electric vehicles and the future of motoring 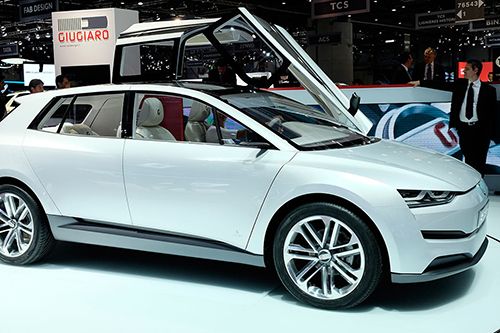 The seven-seater car, whose falcon doors open upwards, drives 250 miles per charge and hits the 60mph mark at 3.2 seconds with a top speed of 155mph. Widely seen as a significant milestone in the evolution of the electric car, the Model X comes at a time of increased popularity for the SUV. It is the third Tesla car to be launched since 2003 and will cost $130,000.

Tesla CEO, Elon Musk, has also announced that the company is on course to launch its Model 3 “electric car for the people” in 2017, costing $35,000. City’s Professor of Energy Systems, Professor Keith Pullen, welcomes the arrival of the Model X “as an attempt to give drivers an all-electric vehicle with usable range and practical design.” That said, he shares the concern of consumers and motoring enthusiasts alike, around the car’s cost: “Though moving to more or all electric propulsion is a key step in decarbonising vehicles and removing toxic emissions, the unfortunate issue is the high cost of this vehicle which is several times that of an equivalently performing SUV. It is unlikely that this vehicle will make any significant sales impact as it is geared to a niche market.”

Rather than trying to produce an affordable electric vehicle (which may need the benefit of many more decades of research and development), Professor Pullen is also investigating a range of engineering solutions which can make a major impact in a shorter timescale, by mitigating the effects of carbon emissions: 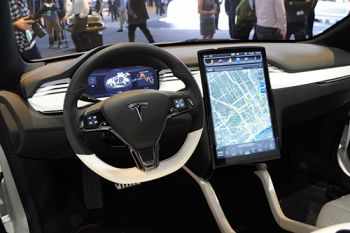 “A low-cost flywheel being developed for Nissan in collaboration with Dynamic Boosting Systems and Tata Steel has the potential to reduce emissions by 30 percent for an additional cost of just £300. This technology can also allow full-performance motoring in city centres such as central London with the engine turned off and a much smaller and cheaper battery, providing the energy needed to power a car at low average speeds. Yet another technology is Electric Supercharging which is being developed in collaboration with AVL Powertrain and Dynamic Boosting Systems.” Professor Pullen regards the electronics used in Tesla cars such as the Model X, as constituting a “large factor” in the vehicle’s hefty price tag. Apart from the car’s batteries, even if costs were lowered by a factor of 4-5, he thinks global warming emissions can only be reduced if the electricity grid is decarbonised.

In his view, engineers must do their best to “bring forward a low carbon energy future.”

A low-carbon economy (LCE), low-fossil-fuel economy (LFFE),or decarbonised economyis an economy based on low carbon power sources that therefore has a minimal output of greenhouse gas (GHG) emissions into the environment biosphere, but specifically refers to the greenhouse gas carbon dioxide. GHG emissions due to anthropogenic (human) activity are increasingly either causing climate change (global warming) or making climate change worse. Scientists are concerned about the negative impacts of climate change on humanity in the near future.