Should the world’s poorest countries be allowed to continue copying patent-protected drugs?

The World Trade Organisation has agreed to extend a waiver that allows poor countries to copy patented medicines. The waiver, which was due to expire in January 2016, has now been extended to 2033.

The countries that will benefit from the waiver are the 48 poorest nations, classified by the United Nations as “Least Developed Countries” or LDCs, and include many African and some Asian countries. About half of the 900m population across these countries live on less than US$1.25 a day. 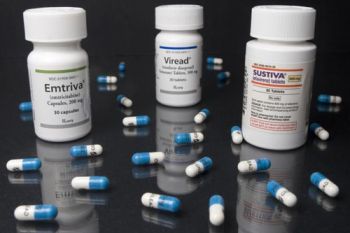 All other countries, including developing countries such as India and China, are still bound by the WTO’s agreement on trade-related intellectual property rights (or TRIPS) with respect to drug patents. The waiver is critical for the least developed countries. Compared with richer countries, they have a much higher disease burden, especially infectious diseases such as HIV and malaria. In 2011, about 9.7m people in these countries were living with HIV. Many of the drugs that treat these diseases are still under patent protection. Drug patents last for 20 years and allow drugs companies time to recoup their investment into research and development and turn a profit. Once the patent protection period ends, other drugs companies can then copy the drug and sell it as a generic medicine. These generics are much cheaper than branded drugs.

The World Trade Organisation (WTO) is the only global international organization dealing with the rules of trade between nations. At its heart are the WTO agreements, negotiated and signed by the bulk of the world’s trading nations and ratified in their parliaments. The goal is to help producers of goods and services, exporters, and importers conduct their business.