Office romances are part and parcel of workplace psychology

Research by Chantal Gautier, Visiting Lecturer at Cass Business School suggests that office romances are more common than we think, and the reason behind them is based on how organisations hire rather than cupid’s arrow.

In her book, The Psychology of Work: Insights into Successful Working Practices, Gautier examines how working environments provide the perfect breeding ground for intimate relationships to flourish.

“Organisations actually contribute to the development of workplace romances through their hiring processes,” she said. “This can be explained by the psychological theory of the law of attraction: we are inclined to be drawn to others who share similarities with us.” 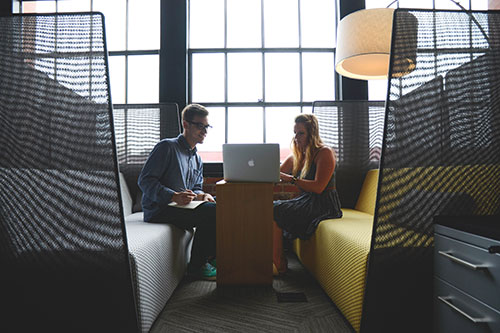 Employers tend to recruit individuals on the basis of person-organisation fit, suggesting that the sampling of like-minded people could explain how the similarity and familiarity effects come into play so strongly at work. For example, most recruitment and selection practices involve the identification of the candidates’ values, beliefs or interests to match the culture of the hiring organisation.

As a result, jobs are often offered to candidates similar in mind-set, educational attainment and background. Gautier’s research suggests that this leads to the potential development of attraction and occurrence of workplace romances.

She added, “Being attracted to a colleague isn’t a rare occurrence. Whilst we can agree that sexual harassment in the workplace is absolutely unacceptable, when relationships form between two consenting adults, what happens when that relationship goes against company policy? This is an opportune time for a candid discussion about how employers can manage personal relationships between colleagues.”

Companies such as American Apparel, Staples, Delta Airlines, and Lloyds of London have recently considered their policies on personal relationships at work. While some organisations have a more relaxed view on relationships between staff, others have prohibited them entirely.

This raises two important debates. Firstly, whether organisations are permitted or have the right to intervene in ‘love’, as the Human Rights Act 1998 gives everyone the right to a private life.

Secondly, some would argue that office romances are common to working life. “We are spending more time at work than at home so you create bonds and attractions,” says Chris Butt, CEO of Cognisess, a neuro software company. “It is a human scenario and it would be unwise for corporations to have a policy.”

Gautier states that a 2014 survey by CareerBuilder.co.uk of 1,000 full-time workers across different UK industries found that 39 per cent reported having had intimate relationships with a co-worker, while 16 per cent repeatedly did so. Three in ten of those relationships ended up marrying their office romance. On the other hand, one in ten workers had to leave their job as a consequence of their romantic relationship. Those numbers may be understandable as employees are faced more and more with organisational demands, especially longer working hours. It is no surprise then that organisations become a breeding ground for intimate relationships to flourish.

As to the rights and wrongs of workplace romances, both scholars and industry leaders remain undecided. Some advocate that romance at work makes couples happier and more productive. One reason for the increase in productivity is that romantic couples are more eager to impress superiors. This is to compensate for their relationship due to a fear of stigma or being singled out.

However, problems tend to surface when couples break up. When organisations do opt to prohibit workplace romances, it is usually under the pretext that such relations trigger either loss of productivity or favouritism.

Gautier concludes, “To some extent the responsibility for workplace romances lies within the practices of organisations. Perhaps the central concern for organisations should not be to thwart relationships but acknowledge their existence. In doing so, organisations must find a fair balance in protecting their own interests whilst considering the human rights and well-being of their employees.”