There are wide variations in Caesarean section rates across Europe, indicating a lack of consensus about the best way of delivering babies, according to a new study.

Caesarean section rates vary widely across Europe with percentages of women giving birth by caesarean ranging from a high of 52% in Cyrus to a low of 14.8% in Iceland. This compares with around a quarter of births in the countries of the UK, according to a new Euro-Peristat study.

The paper - which is published in BJOG: An International Journal of Obstetrics and Gynaecology - highlights a clear lack of consensus about good obstetric practice.

The study concludes that further research is needed to investigate the reasons for these differences, including exploring the impact of differences in healthcare systems and their financing and the attitudes of parents’ and professionals’ to care at delivery.

Including academics from City University London, the Euro-Peristat project is a collaboration between 26 member states of the European Union, as well as Norway, Iceland and Switzerland.

It is already known that caesareans are more likely when babies are born to first-time mothers or to women who have previously undergone a caesarean, or when the babies are twins or in a breech (feet first) position. However, this is the first study to show the wide differences between countries of the EU, Norway, Iceland and Switzerland in practice in each of these situations. 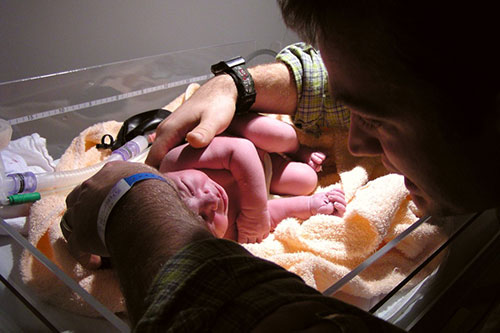 Alison Macfarlane, Professor of Perinatal Health at City University London and lead author of the article which had co-authors from France, the Netherlands, Italy and Iceland, said:

“The differences observed raise questions about why there are such wide variations in clinical practice. This means we need a comparative review of national policies and guidelines and further research to ensure that clinical practice is based on evidence, and to prioritise the health of mothers and children.”

As part of the study Euro-Peristat analysed aggregated population-based data collected in 2010 from routine sources to explore differences childbearing populations in participating European countries, the patterns of care provided and outcomes for mothers and babies. This meant that the project went beyond comparing overall rates to analyse differences in the extent to which clinicians intervene in specific situations.

Overall results were published in 2013 in the European Perinatal Health Report since when the team has moved on to analyse key data in fuller detail as in this study. Started in 1999, the aim of Euro-Peristat is to provide valid and reliable indicators that can be used for monitoring and evaluating perinatal health in Europe.

A Caesarean section (often C-section, also other spellings) is a surgical procedure in which one or more incisions are made through a mother's abdomen (laparotomy) and uterus (hysterotomy) to deliver one or more babies.