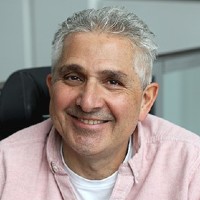 Policy at City University London, Tom Evens, and Paul Smith, authors of The Political Economy of Television Sports Rights, look at the importance of media sports rights and governance in light of the recent allegations of corruptions within FIFA.

Just four days after his re-election for a fifth term as FIFA President, Joseph Blatter stepped down from his position amidst widespread allegations of corruption within the governing body of world football. These allegations, including several high-profile arrests and accusations of bribery in relation to the selection of Russia and Qatar as hosts for the FIFA World Cups of 2018 and 2022 respectively, are the culmination of decades of suspected institutionalised fraud and corruption within FIFA.

On one level, all of this simply highlights a catastrophic failure of governance within the organisational structures of international football. Just as, if not more significantly, however, the nature and the scale of the alleged corruption within FIFA can only be fully understood by acknowledging the growing importance of corporate forces and the escalation in the value of media rights and sponsorship deals associated with contemporary top level professional football.

The development of new technology, and especially the success of pay-TV platforms, has dramatically reshaped the political economy of professional sport.

FIFA, football’s world governing body, is a non-profit organisation, but it still ‘manages’ a large cash reserve, amounting to nearly USD 1.5 billion in 2014. The lion’s share of this money comes from the selling of FIFA World Cup TV rights to national broadcasters, such as the BBC and ITV in the UK, ZDF and ARD in Germany, as well as various pay-TV consortia across the world. Marketing rights also generate huge sums for FIFA, with Coca-Cola, Adidas and Visa among others, sponsoring and supporting the organisation. The main FIFA ‘partners’ – Coca-Cola, Adidas, Visa, Hyundai/Kia, Sony and Emirates – pay annual fees of between USD 24 million and USD 44 million, whereas World Cup sponsorship costs USD 10 million to USD 25 million for Budweiser, BP Castrol, Continental, MTN, McDonald’s, Mahinda Satyam and Seara.

In our book The Political Economy of Television Sports Rights, we have shown that the development of new technology, and especially the success of pay-TV platforms, has dramatically reshaped the political economy of professional sport. The growth of sport, particularly football, as a global industry is largely the result of ‘a marketing mix’, which includes sponsorship, merchandising, endorsement of products and services, corporate hospitality, and, most importantly of all, the sale and exploitation of TV rights. The establishment of football as a global industry is best illustrated by the importance attached to TV sports rights by transnational entertainment conglomerates, as well as the worldwide appeal of sports brands and athletes. All this has transformed sport into a cultural commodity that is driven primarily by financial and commercial imperatives.

It is often sports rights and sponsorship agreements... which have become the primary focus of sports events organisers.

For example, in its latest Annual Report, FIFA reported that the 2014 World Cup in Brazil accounted for about 90 per cent of its total revenue between2011-2014 (USD 5.1 billion in total). The sale of TV rights raised USD 2.4 billion. Marketing rights were the second-biggest source of income, worth USD 1.6 billion, whereas ticketing only managed third place, with USD 0.5 billion. Similarly, the UEFA Champions Leaguerepresented 66 per cent of total UEFA revenue for the 2012-2014 financial period, with broadcasting rights accounting for the majority of income (in total €2.2 billion).

Perhaps almost inevitably, the growing mediatisation and corporatisation of sports institutions like FIFA and UEFA has meant that it is often sports rights and sponsorship agreements, rather than purely sporting concerns, which have become the primary focus of sports events organisers, federations and individual football clubs. In this context, FIFA’s strategy to hold World Cups in emerging sports markets, such as Russia in 2018 and Qatar in 2022, can be seen to have been driven as much, if not more, by commercial logic than sporting priorities. Although, of course, it could be argued that the two are not mutually exclusive.

The growing commercial significance of major sports events certainly makes the introduction of governance reform, including financial transparency, more important than ever. Just as significantly, however, the allegations of widespread corruption within FIFA also suggests the need for a rethink about the priorities of leading global sports organisations, such as FIFA, UEFA and the IOC. Sport and the media have become inherently linked global industries driven by the commercial logic of generating revenues and profits. At least partly as a result, the idea that sport (and media coverage of sport) can facilitate social cohesiveness and contribute to cultural citizenship has become an increasingly marginal one.

Sporting events remains one of the few forms of programming able to bring the nation together.

Ultimately, this is what needs to change. Perhaps most notably, FIFA, as well as other leading sports organisations, need to balance the immediate commercial interests of their sports, which can often be maximised via exclusive TV rights deals with pay-TV broadcasters, against the wider long term social and cultural (as well as commercial) benefits to be gained from universal free-to-air TV coverage. In recent years, FIFA has appeared to be driven too much by the former and not enough by the latter. In 2007 FIFA (and UEFA) mounted a legal challenge against the inclusion by the UK and Belgium of the World Cup (and the European Championship) tournaments on a list of ‘major events’ to be safeguarded for free-to-air TV. Even after an appeal, the European Court ruled in favour of the member states, but the very fact that both FIFA and UEFA were driven to pursue this case in the first place suggests evidence of a wider malaise within both organisations.

In an era of multi-channel digital television and increasingly fragmented audiences, live coverage of major sporting events remains one of the few forms of programming able to bring the nation (and, on occasion, even the world) together for a shared viewing experience. For instance, most recently, the 2014 World Cup set new records for the most watched TV programme in Germany, Belgium the Netherlands as well as other countries. The long-term continued popularity of the World Cup could well depend on both the root and branch reform of FIFA and the universal availability of the tournament on free-to-air television.

The article gives the views of the authors, and does not represent the position of the LSE Media Policy Project blog, nor of the London School of Economics and Political Science, nor City University London.