Couple who met at City return after 35 years

A couple who met at City 35 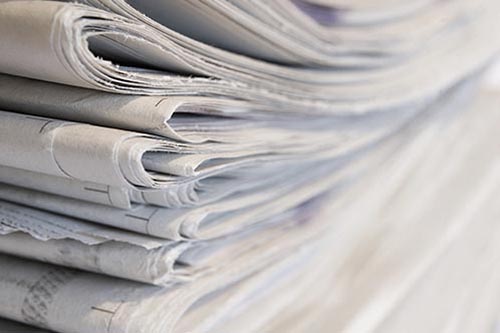 years ago have returned to the University for the first time and revealed that it was a project about eggs that first brought them together.

Nigel and Clare Gabriel, who completed a one-year postgraduate Diploma of Journalism in 1980, got to know each other when they both secured a week’s work experience at the Sunday Times.

The alumni uncovered a story about competition in the eggs market and their efforts were rewarded when their article was published with a joint byline.

After graduating, Nigel and Clare went on to enjoy careers at regional newspapers, before eventually moving to the Middle East together.

Now with three grown-up children and two grandchildren, the couple live in Wales and have been married for 28 years.

It was a brilliant course - it was really ahead of its time.

Clare works as a journalist for the BBC and Nigel, who helped to set up the Gulf News during his journalism career, runs a public relations business.

Clare, 57, said: “We met when we were both put on a business news team as part of our course. We worked together when we were on a one-week stint at the Sunday Times and worked on a story about competition in the eggs market. 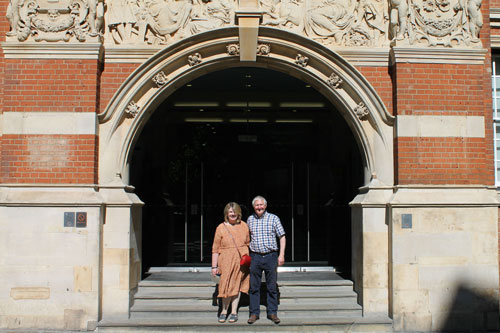 “It turned into quite a bit story and we got a joint byline. It was quite exciting because at one stage it was going to be the lead for the business section.”

She added: “It was a brilliant course - it was really ahead of its time. I went to Paris for two weeks to work with Agence France-Presse, which was really forward thinking in 1979. Top people came in, like Michael Palin, and there were opportunities like we had with the Sunday Times.”

City was one of the first universities to run a postgraduate journalism course and Nigel and Clare were in the second cohort to complete the programme.

There were just 24 students in their year group – although the duo became one of four couples on the course.

It was a very intimate course and we worked closely together.

Nigel, 58, explained how in the 1970s, many journalists were not university graduates, but said City had spotted a gap in the market.

“It was a new thing then,” he said. “Almost everyone in newspapers had gone straight into the industry. But they realised graduates could be good at 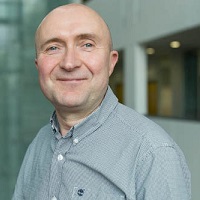 He added: “We would not have got a career in journalism without the course. It was very prestigious. It was a small group and we worked in small teams, so it was a very intimate course and we worked closely together.”

The couple returned to City to meet up with Richard Evans, a Senior Lecturer in the Department of Journalism and a former colleague of Nigel when they both worked at the South Wales Argus.

Richard (right) also completed the postgraduate diploma at City the year after Nigel and Clare.