£250,000 award for research on memory evidence in sexual offences 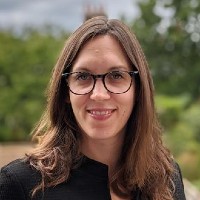 The 19-month collaboration is part of the £10 million Police Knowledge Fund – launched by the College of Policing, the Higher Education Funding Council for England (HEFCE) and the Home Office earlier this year – which aims to improve links between police forces and academic institutions in England and Wales. 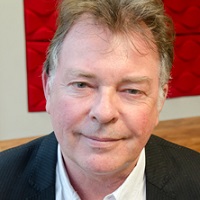 Using an innovative approach that combines cognitive research and policing expertise, the researchers will work with police forces to improve police practice in eliciting and evaluating memory evidence and presenting it to the Crown Prosecution Service and courts.

She said: “I’m delighted to have received the grant. The police are faced with an unprecedented number of rape and child sexual abuse complaints as more victims come forward than ever.

"The grant will enable us to carry out vital research and achieve a direct impact on police practices in how key evidence in the case, the victim’s memory of the attack, is handled.

“We anticipate a measurable impact on case outcomes – fewer victims withdrawing from the process, shorter case processing times and a larger proportion of complaints resulting in a successful charge, prosecution and conviction.”

The researchers say memory evidence is poorly understood in the criminal justice system, despite the fact it is often the only evidence in complaints of rape, sexual assault, and child sexual abuse.

In response to this, the new City project will help with the development of new police practices, training and guidelines.

It was one of 14 successful bids out of 72 applications to the Police Knowledge Fund, which has been created to increase evidence-based knowledge, skills and problem solving approaches within policing.

Within the Metropolitan Police Service, the team’s key partner is Detective Chief Superintendent Keith Niven, who is leading Operation Yewtree and is Head of the Sexual Offences, Exploitation and Child Abuse Command.

Rachel Tuffin, Director of Knowledge Research and Education at the College of Policing, added that the 14 successful projects aimed to “help frontline officers and staff develop their skills and knowledge”.

Home Secretary Theresa May has praised the new collaborations with “world-class universities” and said she hoped the initiative could help evidence-based practices in policing match the levels seen in the medical and legal professions.

For more information about the Police Knowledge Fund, click here.