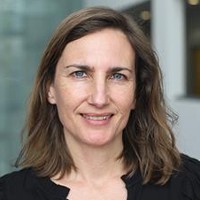 Psychologist Dr Katy Tapper has discussed the results of a novel study into eating habits in a new podcast released by the British Psychological Society.

The new episode of PsychCrunch features three UK academics in a summary of recent research on methods that could help people cut the amount of unhealthy foods they consume.

Dr Tapper, a Senior Lecturer in the Department of Psychology at City, explained that the use of the “mind bus” practice had shown encouraging signs in a recent trial.

In her study, which was published in the British Journal of Health Psychology, the psychologist tested whether participants could resist the lure of chocolate by imagining their urges were passengers on a bus.

She said: “We wanted them to imagine that they were driving a bus, wherever they wanted to go, towards their goals, and their thoughts were like passengers on this bus.

“We asked them to try to resist eating chocolate for a period of five days and also to carry a bag of chocolates around with them,” she said.

“We had several groups. The participants who used the mind bus technique showed a reduction in chocolate consumption, compared to the control group – so they actually ate less chocolate over the five-day period.”

However, the researcher highlighted the finding that there was not a dramatic overall difference between the groups of participants.

“It wasn’t a huge amount of chocolate – I think it was the equivalent of around 21g of chocolate over the five days, so that’s just over 100 calories,” she said. “It’s not a massive amount, but bear in the mind that participants did only have five minutes of practice with this technique.

“We told them to try to resist eating chocolate over the five-day period, so that in itself is going to be quite motivating for them.”

Information about the study is available on the British Psychological Society blog, Research Digest. The new podcast featured in an article by New York magazine.

Dr Tapper was among the speakers at the recent launch of the new Centre for Psychological Wellbeing and Neuroscience, which is based at City.