As part of City’s Volunteer 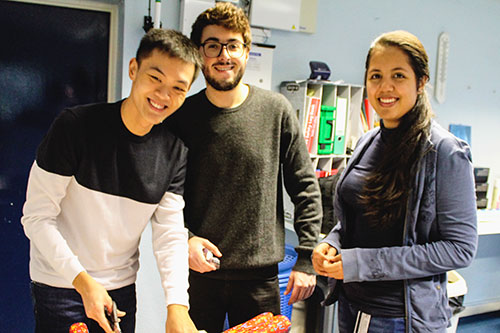 Management Programme, students have collected presents to donate to local homeless children. The Secret Santa project, now in its second year, saw students from across the University collecting up toys and presents at collection points around the campus. The presents were then donated to the nearby Peregrine House homeless shelter in Islington.

Student Geoffrey Safar organised the collection after taking over from Diana Cleves who set up the project last year. He said: "I helped out last year with wrapping the gifts and carrying them to the shelter. It made me realise how much a deed like giving a small gift can affect a child and their parents. It might not seem much, but it can completely change the Christmas of these families who most of the time can’t afford to buy presents for their children. Realising that I could easily help, gave me the incentive to get involved in this project."

In total around 70 presents were collected including books, toys and board games. While many of the donations were second hand, brand new toys were also contributed. Geoffrey said:

Thanks to the generosity of people from the City, the children are going to have a great Christmas.

Alongside giving gifts, Geoffrey hopes the project will encourage 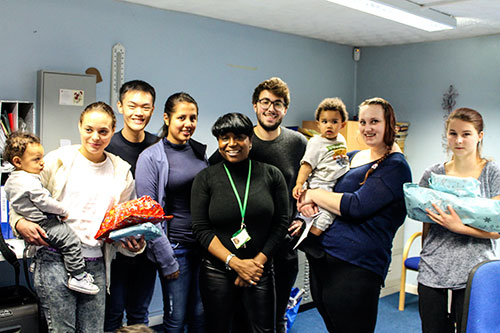 people across the University to spare a thought for local people living in poverty. “In addition to my will of making these families smile at least for Christmas time, raising awareness about poverty in the local area was also something I wanted to achieve by running this project.”

Ben Robinson, Community Volunteering Officer at City said: “We are very proud of the impact which Geoffrey and Diana before him have had through the Secret Santa Project. This initiative exemplifies the impact students can have as well as the goodwill of the student body and our University community. We intend to continue supporting and empowering students to run programmes like this one alongside our advisory services like Roof Over London, the School Exclusions Project and Project Wildlife (a student-led environmental engineering project).”