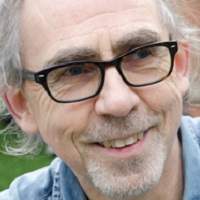 m his ongoing research into health education at a major international conference in Hong Kong.

The academic was among the keynote speakers at the 18th Asian Regional Association for Home Economics (ARAHE) Biennial International Congress 2015.

The event is a forum for experts from around the world to discuss their latest research into health and wellbeing and talk about ways of improving lifestyles.

Professor Caraher argues that education about food is, on its own, not adequate to bring about changes in behaviour and says there is currently a flawed focus in schools and modern society on individual cooking skills.

The academic, from City’s Centre for Food Policy, told delegates at the congress that there needs more attention put on home economics – managing health through greater family and community relationships, with broader knowledge of food and health.

He said: “There is a long tradition of focussing on individual, personal skills, such as cooking, as a means to food literacy, and ignoring the wider social determinants which influence skills’ utilisation necessary for nutritional and social health.

Professor Caraher argued increasingly popular television cooking programmes add weight to the widespread focus on cooking skills, often with a detrimental effect, as these skills are seen as solutions to broader societal problems, such as obesity or family cohesion.

He also referred the high-profile campaign of the celebrity chef Jamie Oliver as an example of the public figures who promote skills improvement as the main way to address problems with health.

The Professor of Food Policy explained that since the 2007/2008 financial crisis there had been a reversal of food attitudes seen in different sections of society.

The academic told the conference that concepts such as cooking at home, eating locally and having concern about sustainability are the new social indicators of a “high culinary capital”, or knowledge about nutrition.

He said: “Before this [financial crisis], cooking from basics and eating fresh and local were seen as the way forward for those on low incomes, while the moneyed classes engaged in eating out and choosing from an abundant global cuisine.

“These foodways have shifted to a situation where those on low incomes have become dependent on global sources of food albeit processed, while those who can afford it have taken over the culinary capital previously the reserve of the ‘poor’.”

During his presentation, Professor Caraher’s drew from existing research into the field and his ongoing research.