Telling the story of a legendary clockmaker 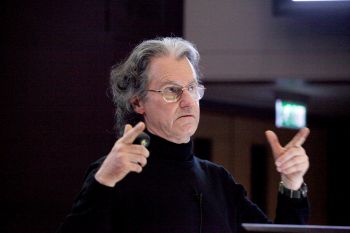 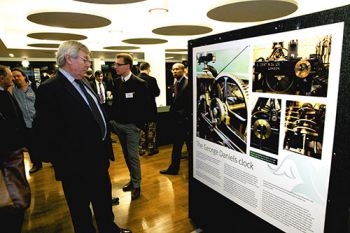 The George Daniels Lecture celebrates the life of George Daniels, considered to be among the world's most outstanding watchmakers.

He was an alumnus of City's predecessor, the Northampton Institute and has bequeathed substantial funds towards the study of measurement and instrumentation in the School of Mathematics, Computer Science and Engineering. Daniels created the co-axial escapement, one of the most important developments in horology in the last 250 years. 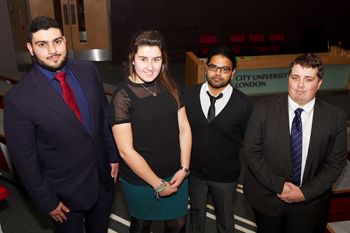 In his lecture titled "The Challenge of Invention: An Eternal Flame", King traced the life and work of John Harrison (1693-1776) and his quest to solve the navigational problem of "The Discovery of Longitude at Sea".

Following the passing of the Act of Longitude in 1714, Harrison perfected a series of Marine Timekeepers culminating in the H4 clock which King says marked a watershed in horological innovation: "It forms the foundation for subsequent innovations in the history of watchmaking and timekeeping."

The well attended and passionately delivered lecture brought together interested members of the public, City students and academic staff (including Professor Ken Grattan, the first George Daniels Chair in Scientific Instrumentation), the cream of the horological community, members of the George Daniels Educational Trust and the four 2013/14 George Daniels scholars. 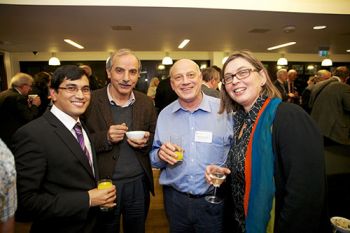 George Daniels scholar, Chris Henson, is studying for a degree in mechanical engineering. He enjoyed the George Daniels Lecture "because the lecturer pitched his subject at the level of a non-technical audience, making John Harrison's life and contribution to horology accessible".

Chris says that though the pace and volume of work on his course can be challenging, he is very impressed with the calibre of academics and engineering research at City. He is interested in computational fluid dynamics - an area of technology in which City has been steadily establishing itself.

Gabriella Soffer, a biomedical engineering undergraduate and George Daniels scholar, was also impressed with Andrew King's lecture. She is grateful for her scholarship award, as it permits her to "pursue an area of engineering which combines medicine and engineering in one of the few institutions offering such a unique course of study".