Professor Philip Thomas says that the Department for Transport's (DfT) safety policy on severe railway accidents is based on opinion measurements that were filtered using the Valuation Index, a statistic biased in favour of low values.
First published Tuesday, 16th December, 2014 • by John Stevenson

City University London Professor of Engineering Development, Professor Philip Thomas, says that the Department for Transport's (DfT) safety policy on severe railway accidents, is based on opinion measurements that were filtered using the Valuation Index, a statistic biased in favour of low values. 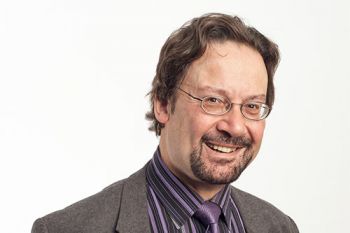 Results produced using the Valuation Index caused the Railway Safety and Standards Board, on advice from the DfT, to recommend to rail operators in 2003 that they could abandon their previous practice of spending three times as much to avert deaths in major catastrophic rail accidents - reducing the amount spent by over £3.5m - to £1.8m per life saved in today's terms.

The Valuation Index was devised by researchers advising the DfT as a way of consolidating into a single figure the opinions of those asked whether or not they wanted more to be spent to prevent deaths in multi-fatality railway accidents than in single-fatality accidents. However, new research demonstrates that the Valuation Index introduces a systematic and increasing bias against those who say they want more to be spent against deaths in large accidents.

Professor Thomas points out that it is possible, using logic similar to that behind the Valuation Index, to construct a different Index, the Second Valuation Index, but both indices are invalid because they violate the criterion of Structural View Independence that is necessary for impartiality. The mathematical structure of each Index contains an in-built mechanism for discriminating against some of the views in the survey, rendering each statistic Structurally View Dependent and therefore not impartial.

By contrast, the criterion of Structural View Independence is always satisfied by the arithmetic mean, where all the views in the sample are added up and the result is divided by their number. The fact that the DfT researchers chose to use the Valuation Index instead, means that the policy in place for the last eleven years of reducing by two thirds the amount spent to prevent deaths in large rail accidents, lacks justification, because the survey evidence has been biased in favour of low spending.

To read Professor Thomas's research paper, which demonstrates his stance on the Valuation Index, please visit this weblink.