A visual display was unveiled to illustrate the contributions made by men and women from the University
First published Wednesday, 6th August, 2014 • by Sophie

The contributions made by students, staff and alumni of the Northampton Institute (now City University London) to the First World War have been commemorated on the 100th anniversary of the start of the conflict.

Over 2,000 men associated with the Institute fought for their country between 1914 and 1918; many were decorated for their bravery but sadly, many did not return from the front lines. The University also provided expertise to the government, produced munitions and trained soldiers and nurses. 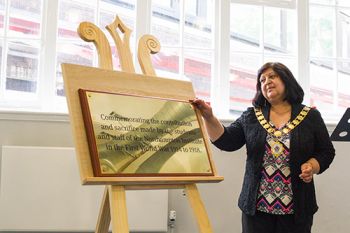 On Monday 4th August, The Mayor of Islington, Councillor Theresa Debono, unveiled a plaque and opened a visual display to illustrate the significant role played by the University during the War.

"I am sure the people of Islington at the time were very proud to be associated with the Institute - not only in the role it played to support the government but also in the way it acted as a central hub for community life during the War. This is a fascinating exhibition which vividly depicts life at the time and I hope that many people both at City and in the wider community will appreciate the stories that have been uncovered". 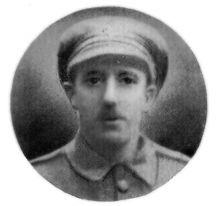 Alumnus Corporal Horace Cowlin died in the Battle of the Somme in 1916 while carrying out an act of overwhelming sacrifice and heroism. While throwing a grenade at an enemy position, a rifle shot struck his wrist, which resulted in him dropping the grenade into his own trench as the fuse was burning. With the rest of his battalion in grave danger, Corporal Cowlin threw himself upon the grenade, shielding others from the blast and flying fragments.

Flora Sandes, who was the only British woman officially to serve as a soldier and Edith Cavell, who trained nurses on the front line in Belgium. Cavell saved countless lives before she was shot for treason, having been charged by the German authorities for harbouring Allied soldiers.

Some 100 women from the Institute were given duties in military hospitals. Five of them were decorated with medals for distinguished service, including the Royal Red Cross for exceptional devotion and competence in nursing.

"At the outbreak of war, the principal at the time Dr Robert Walmsley, worked with the Ministry of Munitions to identify ways in which the Institute could help with the war effort. Everyday life as it had been known ceased and the Institute became a hive of activity, dedicated to helping Britain win the war. As the stories revealed in this exhibition show, there were some truly remarkable people working to support the war effort". 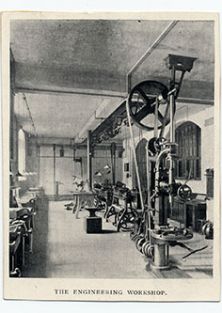 The Engineering department took commissions to produce high pressure gauges and gun parts - by the time the munitions workshop closed in January 1919, the Institute had produced over 15,000 high precision gauges and more than 43,000 gun parts.

After the war was won, the Institute continued to provide support to help rebuild the country. We trained returning and injured soldiers, helping them to gain new skills and re-integrate into civilian life.

The visual display is opposite the Common Room in the College Building, allowing current staff, students and visitors to learn about the rich history of City University London.