On the cusp of the digital revolution

David Lingard, one of the UK's first ever Mathematics and Computing graduates, looks back at his Northampton Square beginnings.
First published Tuesday, 8th October, 2013 • by John Stevenson 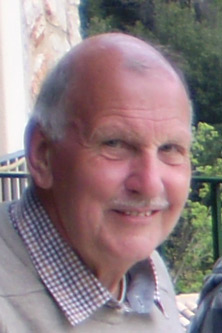 David has led a protean life as a computer programmer and systems analyst within Procter & Gamble and NCR/Elliott's education division; in the UK secondary school system as a teacher, deputy head and head teacher; and finally, retiring as a Sheffield Hallam University academic, specialising in mathematics education and the history of mathematics. He was part of the first cohort of a sandwich diploma course in Mathematics and Computing - the first of its kind in the UK:

"The Dip Tech was a four-year sandwich course: six months at College, six months in industry during each year. Everyone on the course had to be sponsored by a company. For me, it was Thomas Hedley & Co. in Newcastle, which, two years after I began studying, was taken over by the American company, Procter & Gamble."

In David's words, NCAT was "a new breed of institution, to some extent a forerunner of the old polytechnics". Prior to being granted its separate charter as City University London in 1966, NCAT became affiliated to the University of London, a situation which turned out to be an added boon for David: 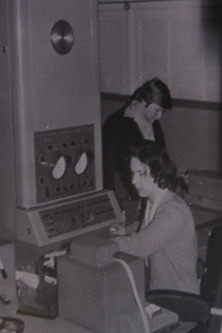 Computers and the study of computer science were still in their very early stages. What was it like studying as one of the first students on a computing course in the United Kingdom, using computing machines that would appear gargantuan by today's standards?

"Our class was made up of two women and eight men. The computing side was run by Mr Michael Girling and the head of Mathematics was Dr Alfred Geary. Computing was done using a Ferranti Pegasus machine which would have filled the entire ground floor of my present home. This machine used paper tape and punched card input."

However, academic studies at NCAT were not concerned solely with pure and applied mathematics, numerical analysis, assembly language and compilers. David says there was an attempt to produce a more rounded student:

"In Year One and Two we were required to take courses in 'Liberal Studies'. This was quite ground-breaking at the time. The idea was to try and ensure that your higher education wasn't too narrowly focussed. There were several options to choose from. I loved it and selected "Literature & Drama". The backstory to this is that while I was in secondary school I had to make a very difficult decision at A Level between taking Maths or English. I wanted to do both but the school wouldn't allow it. At NCAT we studied all the 'Angry young men' of the time (Joe Orton, John Osborne, Arnold Wesker, et al) and several other modern writers. All of the Year One and Year Two students did Liberal Studies and we were in very mixed groups. I recall that there were a number of Optics students in my group."

55 years after embarking on his studies in Mathematics and Computing, David Lingard is now employed on a voluntary basis with Oxfam GB as a member of the charity's governance team. He can look back at a full and rounded life, influenced by his student days at City's precursor, the Northampton College of Advanced Technology.