City’s educational and research profile in marine engineering has been significantly enhanced by the delivery of the MSc in Maritime Operations and Management and industry-sponsored cavitation research.
First published Wednesday, 7th August, 2013 • by John Stevenson 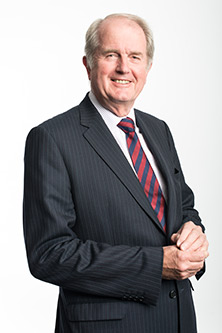 The propulsion of merchant shipping has been greatly transformed during the last century and recent developments have led many within the industry to consider new approaches to the sustainability of present modes of ship propulsion due to the generally rising cost of fuel; environmental regulations introduced to lessen the effects of climate change; and the potential introduction of carbon taxes.

City's International Institute for Cavitation Research, launched in 2011 and led by Professor Arcoumanis, works in partnership with Loughborough University and the Technical University of Delft in the Netherlands. A generous donation of £1.3m from the Lloyd's Register Foundation, helped to establish the Institute.

Commenting on the report and on cavitation research at City, Professor Carlton says:

"The RAEng report has been led by City and embraced some fifty leading experts from a range of perspectives including ship broking, legal, regulatory, manufacturing, ship registry and academia. Cavitation exists on all marine propellers and City has developed an enviable reputation in studying the effects of cavitation in terms of erosion in typical marine materials. The work of Dr Peter Lush became the industry standard until 1990s when more recent studies at City were undertaken on the fracture mechanics of material erosion. The arrival of Professor Dinos Arcoumanis and his team from Imperial College London in 2001 extended cavitation research into the fields of fuel injection systems for marine and automotive diesel engines, and, more recently, for medical purposes, such as artificial heart valves, through the research of Professor Manolis Gavaises." 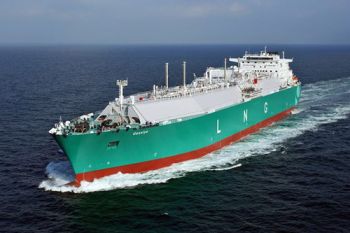 "This RAEng ship propulsion report represents the first group contribution from City's School of Engineering and Mathematical Sciences to the activities of the Royal Academy of Engineering in the area of marine engineering. Following the appointment of Professor Carlton in October 2011 as Professor of Marine Engineering, City's involvement in Marine Engineering has shown significant educational and research growth through the delivery of the Masters in Maritime Operations and Management and through industry-sponsored research."

Please visit this link to read the complete report.