Pippa Crerar, Political Editor of The Guardian and 2022 Journalist of the Year, spoke to the students about the leaks and contacts that keep the media globe spinning.

Joe Twyman, Co-founder of Deltapoll, and formerly of YouGov, discussed the uses and misuses of data and polling information in political journalism.

Exploring how a story moves from an idea to front-page lead was Tim Shipman, Chief Political Commentator at The Sunday Times. He is the journalist who revealed the cabinet’s plans to call on former Prime Minister Theresa May to resign in 2019.

The students had the opportunity to hear from politicians from all sides of the political spectrum. Speakers included George Eustice MP, who served as the Head of Communications for David Cameron and as a cabinet member in his government; Ian Blackford MP, former Head of the Scottish National Party at Westminster; Sir Ed Davey, Leader of the Liberal Democrats; Thangam Debbonaire MP, Shadow Leader of the Commons and a senior member of Sir Keir Starmer’s team; and Nigel Evans, Deputy Speaker of House of Commons and a senior Tory MP.

Pippa Crerar discussed breaking the Partygate story and the Dominic Cummings scandal. During her tenure at The Mirror, the City alumna revealed news that Boris Johnson (then Prime Minister) had personally attended a Christmas party at Downing Street during lockdown, despite repeatedly denying any knowledge of misdeeds there. The year prior, she also helped break the news that Dominic Cummings, former Chief Adviser to Johnson had broken Covid-19 lockdown rules by travelling from London to County Durham. 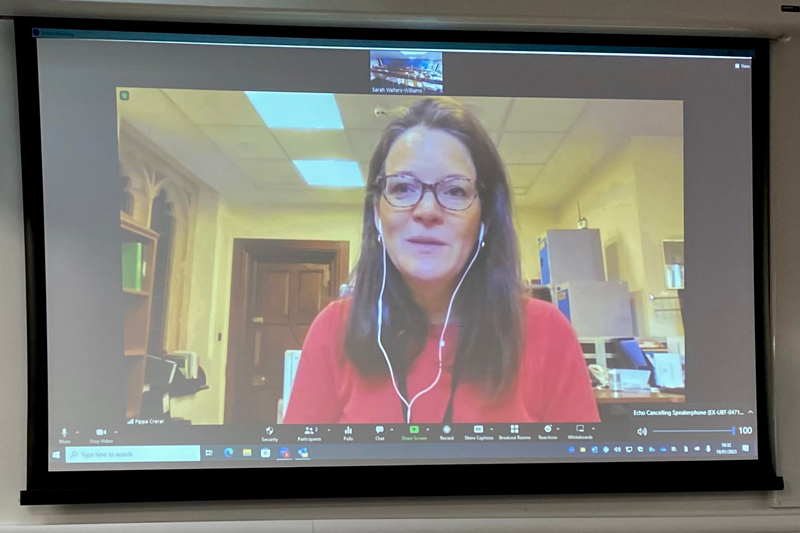 For both stories, Pippa described the process of taking her time to gain the full picture of the story, dutifully checking and triple-checking her sources and facts, and publishing the pieces at a time of public interest in Covid-19 regulations. Speaking about breaking the two scandals, she said: “I have a very high bar for publication in terms of my sourcing.”

Advising students on the next steps of their career paths, she said: “Do the journalism that suits your interests. Be yourself. Perseverance is the key. It took me many years and jobs and a lot of perseverance to get to the kind of journalism I wanted to be doing.”

Rounding up the event, the students heard from a panel of City alumni working as part of the ‘Press Gallery’ at Westminster – the select group of journalists based within the House of Commons who have special access to the press seats in the gallery above the Commons chamber. 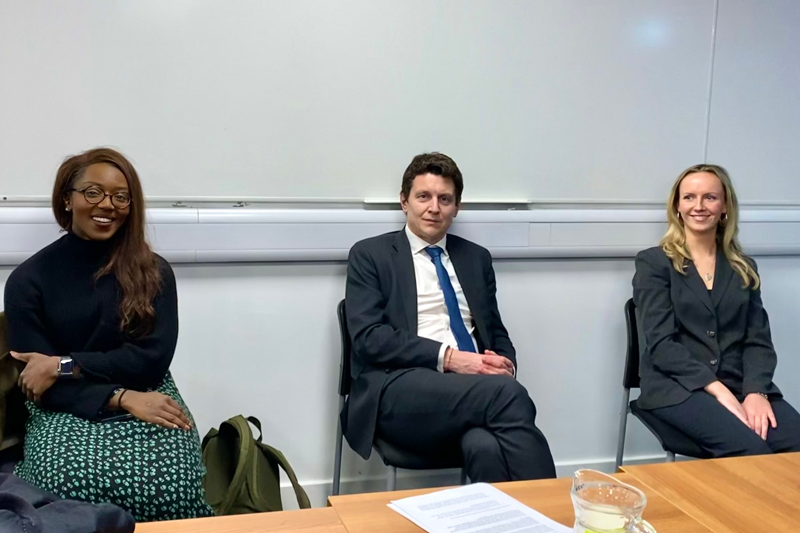 Alicia was the most recent of graduates, as she completed her master’s in July 2022 and attended her graduation ceremony last week on Wednesday.

Primarily a video journalist, she creates video interviews and features with MPs as well as vox pop videos to get a sense of public opinion. She encouraged current students to pursue their fields with optimism. “Be picky about who you take advice from,” she said. “This time last year, many people told me it would be difficult to find work in political journalism in London. Remember, there are many routes into this job and it is possible.”

Ryan echoed this sentiment and said: “Don’t stress about your first job being your dream job. I began working in the Lobby when I was 35. Start your network small and keep growing it; councillors will rise the ranks to become ministers. Speak to everyone and stay in touch.”

Aletha credited her persistence as the key to her success. She said: “Keep your eyes on the prize. Don’t always go for the big dogs. If you message an editor to discuss story ideas and don’t hear back, try setting up a coffee meeting with someone who works closely beneath the editor who could put in a good word for you.”

Inspiring the next generation of political journalists

The series of events were organised by Barney Jones, Visiting Professor of Journalism at City and previously Editor of The Andrew Marr Show, a programme he launched, which was the most watched political interview programme on British television. Co-organising the course was the award winning-political correspondent Patrick Maguire, Editor of The Times’ Red Box.

“Part of the aim of the course,” said Barney, “is to convince the trainees that chasing political stories can be fun – and quite dramatic. Having really top journalists or ‘scoop merchants’ like Tim Shipman and Pippa Crerar show off their stories with a big picture byline and the magic word ‘exclusive’ next to it is the territory every aspiring journalist dreams of.”