Three new writers have joined the School of Communication & Creativity as Lecturers of Creative Writing, expanding the Department of Media, Culture and Creative Industries. 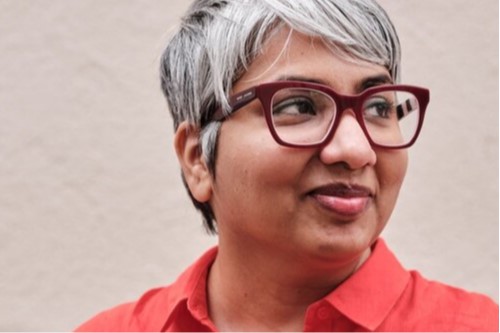 Born in Kerala, Southern India, Deepa Anappara [pictured, right] teaches Literary Journalism. She worked as a journalist in India for eleven years, and won the Developing Asia Journalism Awards, the Every Human has Rights Media Awards, and the Sanskriti-Prabha Dutt Fellowship in Journalism for her reports on the impact of poverty and religious violence on the education of children.

Furthermore, her debut novel Djinn Patrol on the Purple Line was named as one of the best books of the year by The New York Times, The Washington Post, Time and NPR. It won the Edgar Award for Best Novel, was longlisted for the Women’s Prize for Fiction 2020, and shortlisted for the JCB Prize for Indian Literature. A partial of the novel won the Lucy Cavendish Fiction Prize, the Deborah Rogers Foundation Writer’s Award, and the Bridport/Peggy Chapman-Andrews Award for a First Novel. It is being translated into 23 languages.

Next year, Random House (US) and Vintage (UK) will publish Letters to a Writer of Colour, a collection of essays she has edited with Taymour Soomro. It is an anthology on fiction, race, and culture. 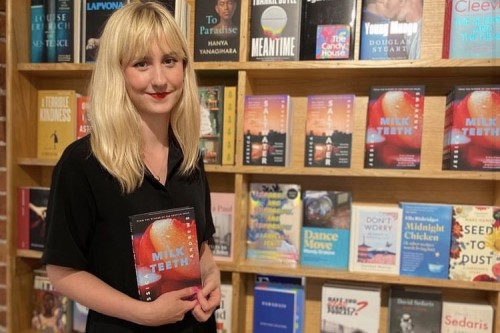 Jessica Andrews [pictured, left] has just published her second novel, Milk Teeth, praised by Alex Preston in The Observer as "even better" than her debut novel, Saltwater, which won the Portico Prize in 2020. While Saltwater explores mother-daughter relationships and shifting class identity in relation to place and the body, Milk Teeth explores wanting, denial, food and shame. Both novels draw on her experience growing up in a working-class family in Sunderland.

She is a Contributing Editor for ELLE Magazine and has written for the Guardian, The Independent, BBC Radio 4 and Stylist. She was nominated for the ELLE list in 2020, shortlisted for the Women’s Prize for Fiction Futures and longlisted for the BBC National Short Story Award in 2022. She co-runs literary and arts magazine, The Grapevine and co-presents literary podcast, Tender Buttons.

Rebecca Tamás [pictured, right] was born in London and is half-Hungarian. She previously lectured in Creative Writing at York St. John Universi 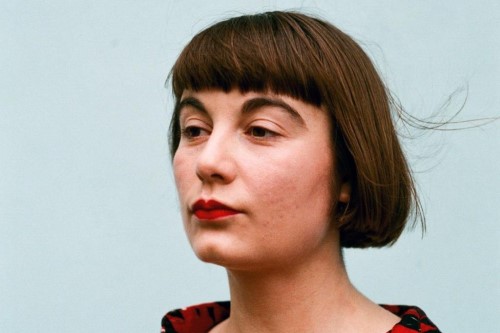 ty where she co-convened The York Centre for Writing Poetry Series. Her book Strangers: Essays on the Human and Nonhuman was longlisted for the 2021 Rathbones Folio Prize. She has published three pamphlets: The Ophelia Letters, Savage and Tiger. With Sarah Shin she is the co-editor of Spells: Occult Poetry for the 21st Century.

Her first full-length collection WITCH received a Poetry Book Society Recommendation and the Paris Review Staff Pick, and was described by Shivanee Ramlochan as “scatological, subversive and frankly delicious”. Extracts from WITCH have been turned into a contemporary song cycle, 'Spellbook’, by composer Freya Waley Cohen, and performed by the Britten Sinfonia in various venues. Her poems have featured in Granta, the New Statesman, the London Review of Books, Poetry Review and Penned in the Margins.

Rebecca studied Creative Writing at the universities of Warwick and Edinburgh before completing a PhD at the University of East Anglia.