In recognition of the day, and as part of its commitment to gender equality, the School hosted an event of speakers and student discussion.

International Men’s Day took place on Saturday 19 November this year. In recognition of the day, the School of Health & Psychological Sciences at City, University of London held an event for its staff and students to help further our understanding of the experiences of men in healthcare.

Hosted in person and online (hybrid), the event forms part of the School’s commitment to the Athena SWAN Charter, a framework which is used across the globe to support and transform gender equality within higher education (HE) and research.

The first of two event sessions was aimed at staff and students, and where they heard from three speakers who shared their experiences as men in healthcare professions: 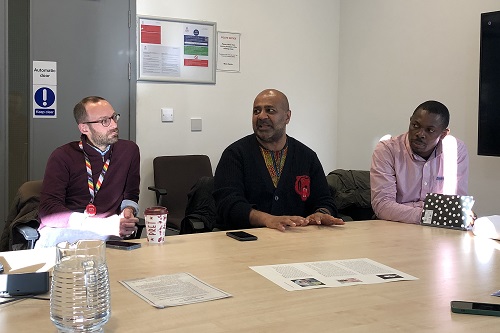 Calvin Moorley, Professor for Diversity & Social Justice at the Adult Nursing Department, London Southbank University (LSBU), reflected on how his start in the nursing profession was never planned and was actually more of a stumble. He shared how he had recently entered the UK workforce from Trinidad and Tobago when a friend suggested he take up a role as a healthcare assistant at a residential care home.  Accepting the suggestion, he found that he loved nursing once in role and moved on to become qualified in the field.  Specialising in intensive care nursing, Professor Moorley also shared how he had never planned to embark upon a career in academia, but that his passion for learning and teaching ultimately steered him down this path. He also stressed the importance of considering the intersectionality of people’s experiences when delivering healthcare, and this informs his research in the areas of intersectionality, gender, culture and ethnicity. 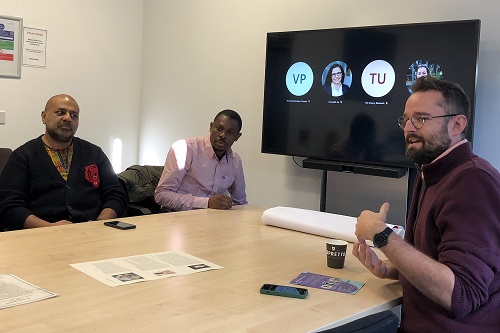 Charlie Birkett is a Specialist Speech and Language Therapist with ACCESS Speech and Language Therapy, and shared his journey into the field. He initially established an early career in learning support and working with special educational needs students, and later undertook a Postgraduate Diploma in Speech and Language Therapy at City, followed by his MSc conversion at City. While Charlie spoke of being in a very small minority of men studying on his speech and language therapy course, he stressed the overwhelming support he received from his peers and other positive experiences.  Charlie works with young people and highlighted the incredulity expressed to him by some adults questioning why a man would train and want to work with children, perceiving such roles as gendered. This experience was uniformly recognised and echoed by other event participants, including by men who had undertaken careers in children’s nursing. 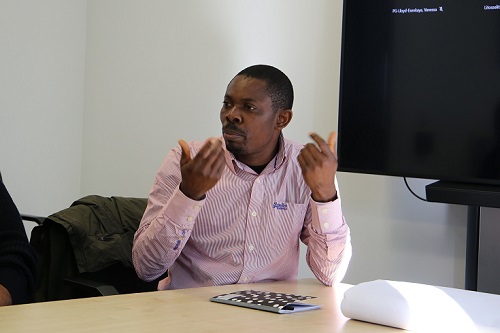 Emmanuel Obimah is a Postgraduate Mental Health Nursing student at the School and a Council of Deans of Health (CoDH) Student Leadership 150 participant. He discussed a career history with varied opportunities but said that it was his experience of encountering people with severe mental health issues, his frustration with their lack of support and his desire to help, which led to him to pursue a career in mental health nursing.  Emmanuel has been active in raising awareness of mental health issues within African communities, including addressing and deconstructing cultural beliefs about what mental health is and what it is not. He recently organised his own student led event on this subject, hosted by the School, and is organising a mental health specialist led event at City for the new year. Emmanuel also commented on the tremendous kindness, support and guidance he had received from Professor Moorley who has been his mentor on the CoDH student leadership programme. 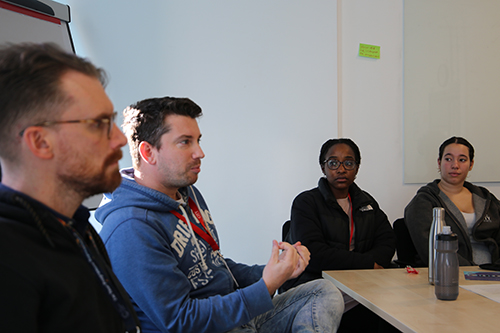 The second session of the School’s International Men’s Day event was a discussion group session for students only, and where they shared their own experiences and opinions on what the barriers and facilitators are to men entering and thriving on healthcare courses and in their careers.

The session was facilitated by staff including Michelle Ellis, Associate Dean for Culture, Equality and Engagement at the School; Dr Grace Lucas, Senior Lecturer in Mental Health and Society and Director for Educational Enhancement and Innovation for the School; and Tom Amoss, Placements Officer at the School.  It was also attended in part by School Dean, Professor Debra Salmon, who participated in the discussion. 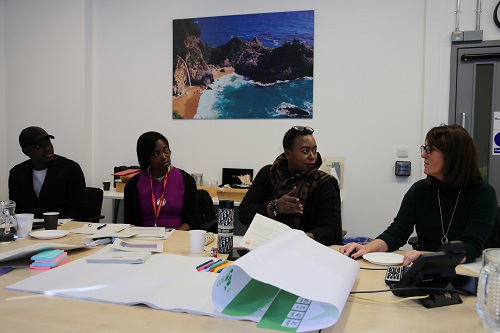 Men and the gender balance in healthcare courses

In 2020, the Office for Students (OfS) published a report stating that overall in England 90 per cent of nursing students and 75 per cent of allied health students are female – although mental health nursing had a notably high proportion of male students (24 per cent).

In reporting for the academic year 2020-21, and in relation to those who identified as women, men formed a minority of staff and students across the then School of Health Sciences, including on its courses:

Michelle Ellis, Associate Dean for Culture, Equality and Engagement at the School of Health & Psychological Sciences, organised the event and said:

The first session was to mark our celebration of International Men’s Day / Gender Equality and to provide an opportunity for us to explore the career opportunities for men in healthcare professions. The theme for International Men’s Day was Men Leading by Example and this encourages organisations to provide ‘a safe environment which is essential for nurturing, growth and development of men who are stable healthy and caring.’ We wanted to promote positive role models of men in healthcare professions to students. It was fantastic to see students attend both in person and online and hear the inspirational speakers who shared their career histories and personal experiences.

“The second session we facilitated was a discussion group for students where they shared their ideas about why some healthcare professions have a limited number of applicants from individuals who identify as men. We explored some suggestions and ideas about how we can promote more men from diverse backgrounds to apply to our programmes. We have identified some fantastic actions and it was wonderful to work in partnership with our students.

“Thank you so much to all our speakers and for everyone who participated in our International Men’s Day event.

For further information, contact Michelle Ellis, Associate Dean for Culture, Equality and Engagement at the School of Health & Psychological Sciences.