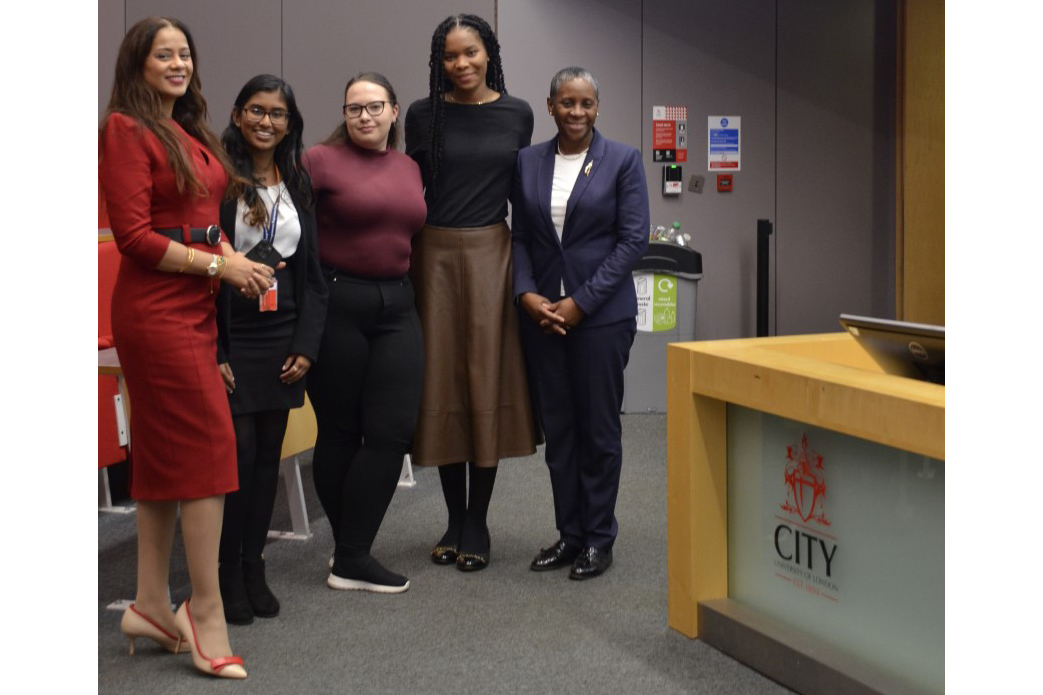 October 2022 saw the launch of The City Law School's Women in Law Society’s ‘Black Women in Law’ series, a nod to the observance of Black History Month.

The idea was formed over the Summer by Shamara Blaize, the Society’s Finance Officer: Shamara’s quest was to showcase the brilliance of Black role models in the legal industry and the project was met with great enthusiasm by all involved. 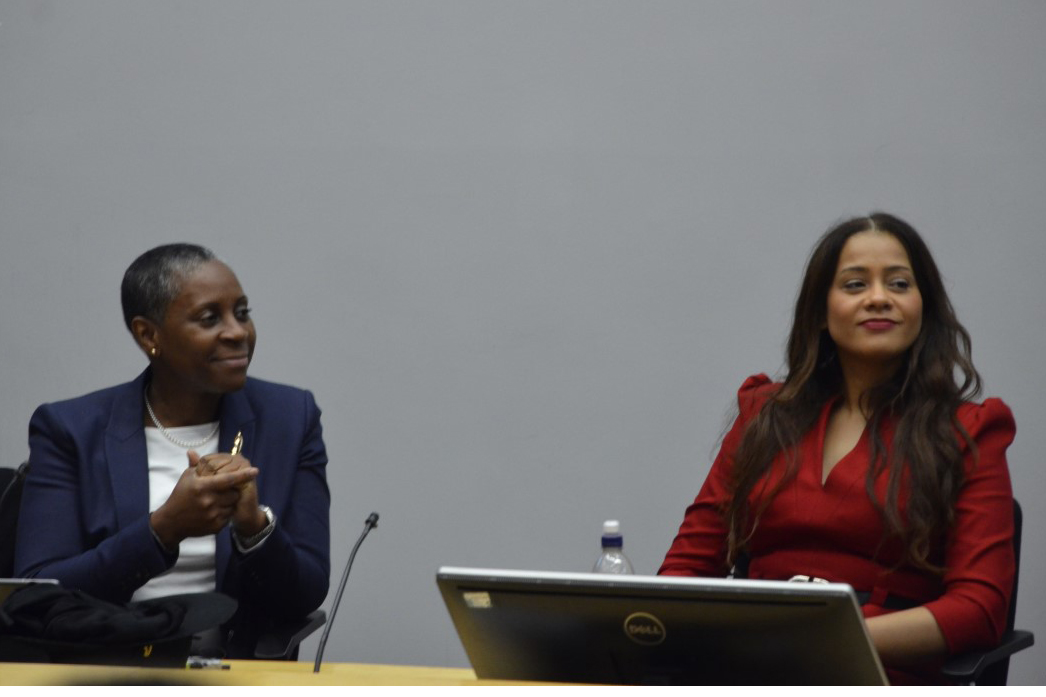 Both women detailed their own career stories and drew from their experiences to give tailored advice to the audience on how to navigate their careers.

The event was followed by a Q&A and a round of networking.

The audience was left inspired, with Lina Kharroubi, in her first year on the LLB programme at The City Law School, noting that her key takeaways from the event, were, “patience is the best way to succeed” and “do not be scared of your future because you create it”.

Professor Stuart Sime, Head of Department for the Academic Programme at The City Law School, said:

“Hollie Iles, Rochelle Inbakumar and Shamara Blaize from the Women in Law Society organised a wonderful set of talks by Dr I. Stephanie Boyce, the President of the Law Society, and Dr Miranda Brawn, whose career has covered banking, trading derivatives, qualifying for the Bar, working as an in-house lawyer, and lecturing at Oxford University. Both speakers spoke in depth about how through perseverance and a positive approach they had both overcome considerable adversity, sometimes isolation, and on occasion outright discrimination, to forge successful careers in the law. Among the messages that came across clearly was the need to look positively on all experiences, good and bad, to seek to learn something new every day, and to be ready to speak and learn from everyone you are involved with, regardless of whether they are in minor or really important roles at the moment. Shamara Blaize, in her second year on our LLB, did an amazing job in inviting both speakers for this event, and gave a heartfelt speech to close the event on how inspiring both speakers have been in encouraging students from minority backgrounds to seek to reach their potential.”

More details regarding future events can be found on the Women in Law Society’s social media pages:

Facebook - The Women in Law Society at City, University of London

Linkedin - Women in Law Society at City, University of London