A new book co-authored by a City, University of London academic aims to improve the practice of policing domestic abuse.

Dr Ruth Weir, a Senior Research Fellow in City’s Violence and Society Centre, has collaborated on Policing Domestic Abuse: Risk, Policy, and Practice with a view to informing those working in policing about the dynamics of how domestic abuse occurs, how best to respond to and investigate it, and, in the longer term, how to prevent it.

Dr Weir specialises in using police data to understand predictors and risk factors of domestic abuse. She is currently working in the UKPRP Violence, Health and Society consortium (VISION) aimed at reducing the violence that harms health by improving the measurement and analysis of data on violence. Prior to working in academia, she held several research and policy positions in local government and the Home Office.

A launch event to mark the publication of the book will be held at City, University of London on 15 November 2022 from 6-8pm in The Pavilion (more details below), followed by a drinks reception. 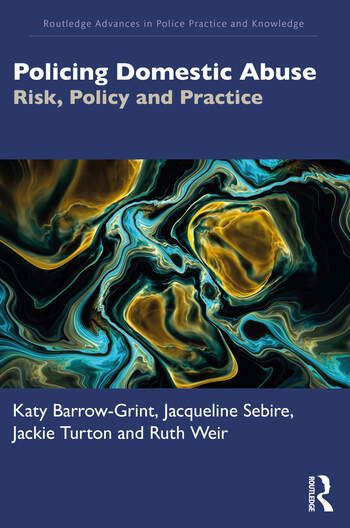 “This book is a unique collaboration of real-life policing experience blended with the latest academic research and best practice.

“We hope that it becomes a core part of training for those working with victims and perpetrators of domestic abuse.”

Divided into thematic areas, the book [pictured] uses recent research findings to update some of the theoretical analysis and to highlight areas of good practice: what works and why.

An effective investigation and the prosecution of offenders are considered, as well as an evaluation of the success of current treatment options.

Policing domestic abuse can only be dealt with through an effective partnership response. The book outlines the responsibilities of each agency and the statutory processes in place when policy is not adhered to.

Written with the student and budding practitioner in mind, the book is filled with case studies, current research, reports, and media examples, as well as a variety of reflective questions and a glossary of key terms, to help shed light on the challenges of policing domestic violence and the links between academic research and best practice. 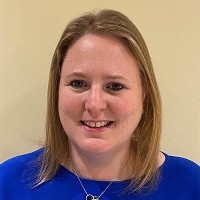 “Eighteen per cent of crimes recorded by the police are domestic abuse related, but we know that this is just the tip of the iceberg with only one fifth of those experiencing abuse reporting their abuse to the police.

“We know that domestic abuse training is currently patchy and that the experiences that the general public have are variable. The book is therefore aimed at new and existing officers, and we hope that it will become a core part of police officer training.

“Next year one third of police officers will be new recruits, so this is a critical time to introduce the book into the policing curriculum.”

The authors hope that the book will achieve the following outcomes:

Dr Weir has written the book alongside three co-authors:

Katy Barrow-Grint is a Chief Superintendent in Thames Valley Police with over 20 years of police experience. She has an academic interest in domestic abuse, completing her master’s at Warwick Business School, and has written on domestic abuse attrition rates in the criminal justice system.

Jacqueline Sebire is an Assistant Chief Constable with Bedfordshire Police. She has 30 years of police service specialising as a detective in homicide and safeguarding and public protection. She has a PhD in Psychology from the University of Leicester researching the risk factors associated with domestic abuse homicide.

Professor Jackie Turton is an Emeritus Professor in the Department of Sociology at University of Essex. She joined the university after a career in the health service and has taught sociology and criminology since 1996. Family violence is a key focus of her research work.

“Domestic abuse is high priority for police forces throughout England and Wales.

“Recent findings from the new Domestic and Sexual Offences Unit (DASO) concerning the Metropolitan Police have indicated failings to root out offenders and protect victims. There are many challenges concerning domestic abuse so it is important to find ‘champions’ who can initiate pathways to change; we found our champions in Katy Barrow-Grint and Jacqueline Sebire.

“As a result, this book is a partnership between the police and academics based on common goals using a combined knowledge base.

“The result is a textbook critiquing current research, policy and practical application that will make a difference to policing domestic abuse.”

An event to mark the launch of Policing Domestic Abuse: Risk, Policy, and Practice will be held on 15 November 2022 at from 6-8pm in The Pavilion at City, University of London. The authors will be joined by Louisa Rolfe OBE, Assistant Commissioner at the Metropolitan Police and NPCC lead for Domestic Abuse and Nicole Jacobs, Domestic Abuse Commissioner for England and Wales. A drinks reception will follow. Register your attendance via Eventbrite.