Dr Borda addresses the work of this informal tribunal and the need for accountability for the crimes being committed against the Uyghurs and other Turkic minorities in Xinjiang.

On 24th and 25th October 2022, The City Law School’s Dr Aldo Zammit Borda and Sir Geoffrey Nice delivered the keynote address for a new project run by the Faculty of Law at Charles University in Prague (Czechia), on the subject of The Uyghur Tribunal: From Judgment to Action.

Dr Borda spoke about the work of the Uyghur Tribunal, an informal tribunal, and the need for accountability for the crimes being committed against the Uyghurs and other Turkic minorities in Xinjiang. In December 2021, the Uyghur Tribunal delivered its judgment, finding that the crime of genocide and crimes against humanity were occurring in the Xinjiang region of China.

Some months later, in July 2022, the United Nations Special Rapporteur on contemporary forms of slavery, Mr Tomoya Obokata, presented his report on ‘contemporary forms of slavery affecting persons belonging to ethnic, religious and linguistic minority communities’ to the Human Rights Council. In his report, Mr Obokata cited the judgment of the Uyghur Tribunal to find that: the “Rapporteur regards it as reasonable to conclude that forced labour among Uighur, Kazakh and other ethnic minorities in sectors such as agriculture and manufacturing has been occurring in the Xinjiang Uighur Autonomous Region of China.” 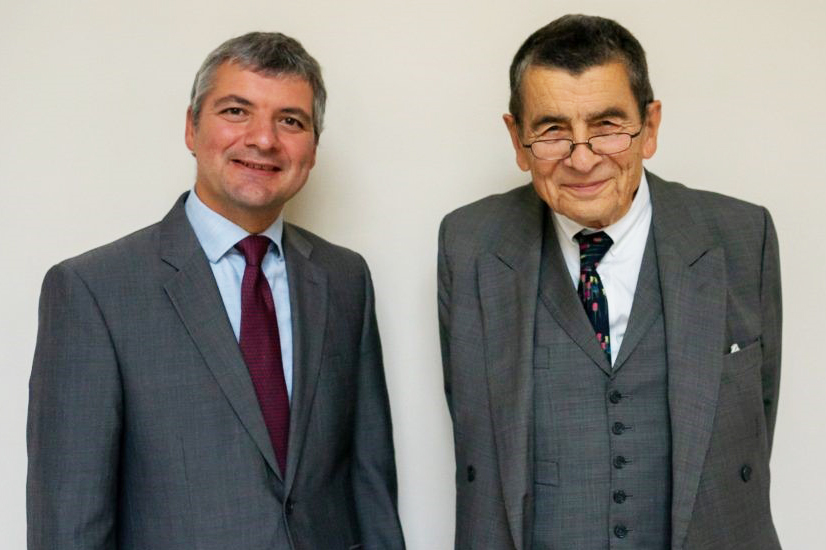 Subsequently, in August 2022, the former United Nations High Commissioner for Human Rights, Michelle Bachelet, published her report entitled: OHCHR Assessment of human rights concerns in the Xinjiang Uyghur Autonomous Region, People’s Republic of China. This report finds that ‘serious human rights violations have been committed in [Xinjiang region] in the context of the Government’s application of counter-terrorism and counter- “extremism” strategies.’

There is today, therefore, an overwhelming body of evidence of the very serious violations being committed in Xinjiang against the Uyghurs and other Turkic minorities. However, in part because of China’s economic power, States have been very slow in condemning these violations or taking any action to stop them. Similarly, multinational companies have continued to do business with Chinese companies and source goods from the Xinjiang region, even though such goods may be tainted with forced labour.

Indeed, in October 2022, the Human Rights Council rejected a draft decision to debate the situation of human rights in the Xinjiang Uyghur Autonomous Region, China. Many of the States voting against this decision were Muslim states, including Pakistan, Qatar and Indonesia.

Sir Geoffrey Nice and Dr Aldo Zammit Borda emphasized in their lecture that, when faced with such incredible odds against action to stop massive human rights violations, human rights lawyers should not lose hope. On the contrary, they need to think of innovative ways in which human rights protections may be safeguarded.

In addition to a public lecture, Sir Geoffrey Nice and Dr Aldo Zammit Borda also ran a workshop for law students in the Faculty of Law, Charles University of Prague.

They had a busy programme, including meetings with the Dean of the Faculty of Law, Senators of the Prague Parliament, a Czech Radio Station and the British Embassy to Czechia.