Dr Nicolás Navarrete Hernandez, a Lecturer in City’s Department of Economics, is on leave from the University until mid-2023 to serve as the Director of the Chilean Solidarity and Social Investment Fund. 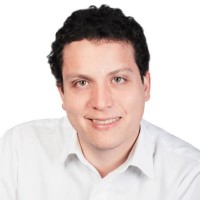 Nicolás [pictured] will report directly to the Chilean President Gabriel Boric and the Minister of Planning regarding programmes dedicated to helping the poorest 60 per cent of the population to increase income and escape poverty.

Among his main duties, Nicolás will redesign the transition of anti-poverty pandemic policies to post-pandemic ones, reconfigure long-standing policies, and create new and innovative programmes to help the poor.

The Fondo de Solidaridad e Inversión Social (FOSIS), as it is known in Chile, has a budget of more than 80 billion Chilean pesos (£73.5 million) spread across 120,000 users. It provides opportunities for people, families, and communities to overcome poverty through a variety of initiatives.

Earlier this year, Nicolás visited the regions of La Araucanía, Los Lagos and Magallanes in Chile in advance of his appointment.

In Temuco, he met with officials from the regional office and discussed their main approaches. He appeared on the morning municipal radio of Padre Las Casas alongside regional FOSIS director Tamara Torres Huechucura.

He also met with recipients of the Acción en Familia programme, who told him about their experience with the programme and ways it could be improved. Acción en Familia offers families with children and adolescents in poverty and extreme poverty the possibility of receiving an economic incentive conditional upon school attendance and health factors.

Additionally, he attended the inauguration of the headquarters of the San Eugenio Neighbourhood Association, which was made possible through FOSIS’s Barrios en Acción programme.

The project seeks to make improvements in the community through community reporting of urban problems (for example, abandoned buildings and high noise levels) directly to the relevant authorities or among neighbours.

The San Eugenio Neighborhood Association had applied unsuccessfully for funding three times before being accepted by Barrios en Acción. They received a total of 30 million pesos (£27,500), allowing the 60m2 space to be constructed in a month.

During this month, this organisation and other neighbourhood associations that are also participating in the programme had access to various workshops aimed at strengthening their skills and soft skills, as well as improving their knowledge of risk prevention and other topics of community interest.

In Los Lagos, Nicolás met with the newly appointed regional director Pablo Baeza to discuss the current state of FOSIS. He also met with officials to examine how they plan to overcome poverty under his guidance.

Talking to users of Barrios en Acción, Nicolás learnt about their experiences with the programme, including aspects they find useful and areas that may need further improvement. He found that the programme united residents who had previously found themselves alienated from their neighbours.

Later, he visited the Fundación Teletón, an institute that offers rehabilitation for people with disabilities by developing their social skills and improving their quality of life.

Nicolás met parents and caretakers who were part of Fundacion Teletón’s ‘Yo Emprendo Semilla’ programme, which provides them with the tools and training to become self-sufficient entrepreneurs.

In Magallanes, Nicolás was featured on morning programme Una mañana en Familia, after meeting with local officials. He also spoke to newspaper El Austral about FOSIS policy and discussed the future of the new regional director, as well as how FOSIS is implemented territorially.

He then spoke to a beneficiary of Acción en Familia, who was able to save $80,000 (around £73) in electricity bills by switching to solar panels. Nicolás said he will look at scaling and implementing these solar panels on a wider level in order to reduce expenses for those in need.

He also talked to individuals involved in Acción Local, which promotes social cohesion. He found that as part of the programme, residents started a joint project in their neighbourhood which led to better relationships within the community.

Finally, he met with the regional government, including Regional Governor Jorge Elias, to discuss the challenges of the region and how FOSIS can aid in implementing change.

Nicolas visited Peñalolén in Santiago Province to attend the inauguration of the Network of Municipalities for Cooperative and Social Economy, which seeks to redesign local public policies, with a focus on association.

The associated 22 municipalities committed to start co-operative action in their respective territories, launching with the support of the Ministry of Economy as well as FOSIS. They also launched the Asociatividad Productiva, which invites for-profit and non-profit organisations and higher education institutions to participate in a contest to implement a programme that brings together and strengthens the management capacities of those facing poverty and social vulnerability.

Nicolás was also interviewed for El Mercurio regarding FOSIS and Radio Infinita about the challenges in entrepreneurship and innovation.

Most recently, in October 2022, Nicolás appeared on Chile’s Channel 9 [pictured] talking about a Microenterprise and Inclusion programme and other support provided by FOSIS in the country’s Biobío region.