Sir Julian is the 140th President of the Institution of Engineering and Technology (IET) and is the former Director General Air of the Royal Air Force.

Sir Julian retired from the Royal Air Force (RAF) 18 months ago after a 40-year career. In his final appointment, he was responsible for acquiring and supporting all of the Ministry of Defence’s aircraft, and was the RAF’s Chief Engineer.

He is the current President of the Institution of Engineering and Technology (IET) and is delighted to be inaugural winner of City’s Distinguished STEM Alumni Award. 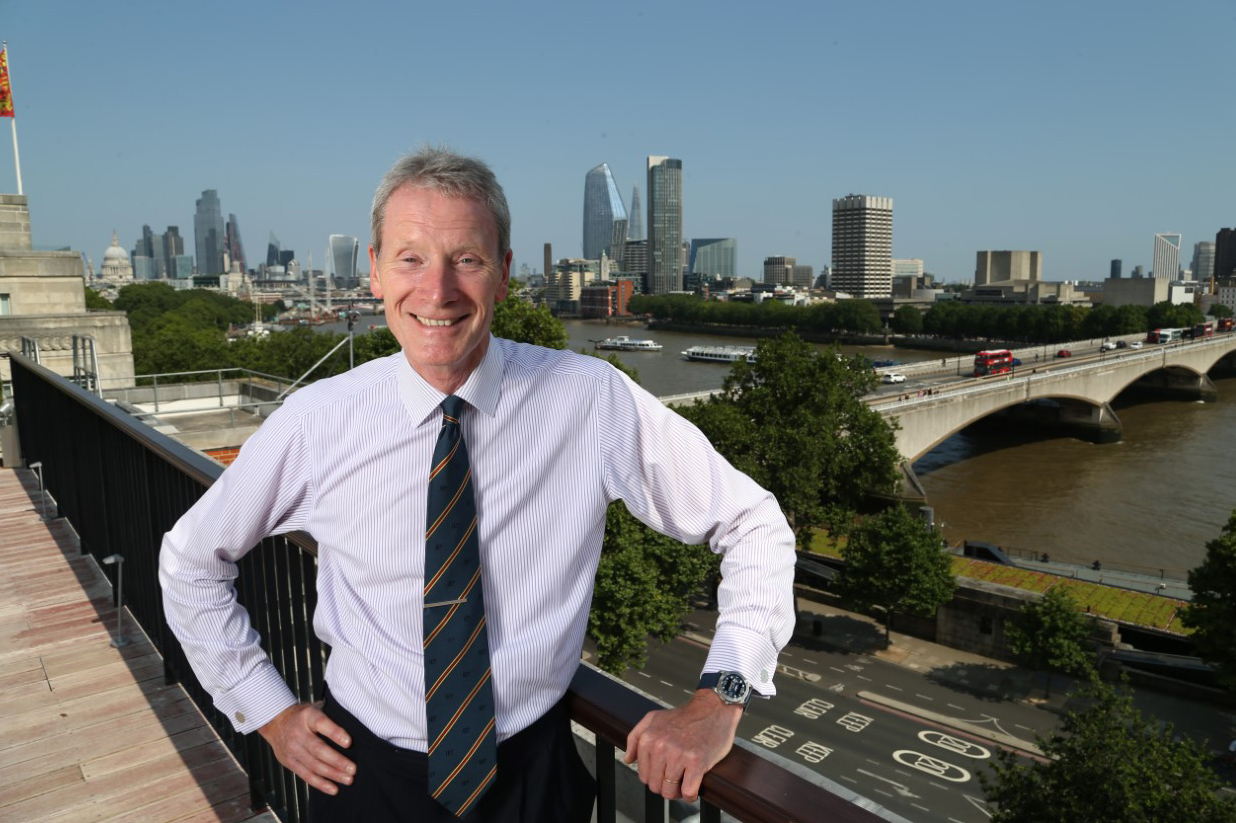 City News recently interviewed Sir Julian about his times at City, his career highlights in the RAF and the challenges facing STEM in the UK.

City News: What were your motivations for studying at City?

Sir Julian Young: I was the first person in my family to consider going to university and concluded that I needed to be sponsored to afford it.  I discovered that British Airways and the RAF both sponsored the Air Transport Engineering course at City, which was then a 4½-year ‘thin-sandwich’ course.  I was lucky enough to be offered a University Cadetship by the RAF to study at City, which was the beginning of my career story.

CN: What were the highlights and challenges of your degree programme in Air Transport Engineering at City?

SJY: The most enjoyable element of this ‘thin-sandwich’ degree course was the variety of spending 2½-years of academics at university and 2-years of vocational training in 6-month alternating semesters.  While the syllabus covered design, aerodynamics and structures, it uniquely among degree courses focused on maintenance including reliability, quality systems and logistical queuing theory and thus was entirely relevant to the workplace.  So, alongside the theory I was trained on aircraft maintenance and worked as an RAF tradesman to get practical experience as well.  During the industrial semesters I worked on a Phantom F4 aircraft squadron as a Flight Line Mechanic and at RAF maintenance, repair and overhaul depots on Phantom Major maintenance, RB199 Tornado engines and Nimrod Maritime Patrol Aircraft electrical components - all of these were then front-line aircraft. This mix proved incredibly motivating towards the career to come.

CN: How did your career in the RAF assist you to transition into and out of your degree programme at City?

SJN: The longer duration of the Air Transport Engineering course made me 18-months behind my peers who had studied at university for just 3 years.  However, the industrial element of the course added invaluably to my knowledge and expertise when I was on my early tours, which were as Junior Engineer Officer on a CH-47 Chinook squadron and Flight Commander on a specialist Aircraft Structural Repair unit. I was the youngest in my generation to be promoted to squadron leader.  I believe the academic and vocational mix was the crucial difference in making me a better engineer.

CN: What were your career highlights in the RAF?

I loved my time in the RAF and there are so many!  My most enjoyable job was being the Senior Engineer Officer on 18 Squadron operating Chinook helicopters and deploying on the First Gulf War in 1991 - it felt like doing the ultimate task we were trained for.  I also was pleased to be Officer Commanding Engineering Wing at RAF Cottesmore in 1999 as it re-deployed to Harrier GR7/T10 aircraft.  I always relied on my practical experience of front-line engineering in my later ‘desk-job’ policy and strategy appointments. My proudest day was being promoted to Air Marshal in 2016, taking a seat on the Air Force Board and - the best bit - becoming Chief Engineer (RAF).  In my-then day job, my biggest Project Milestone was delivered when the Chief of Air Staff declared F-35 Lightning to have achieved its Initial Operating Capability in 2018, which was delivered to schedule, to budget and to performance.

CN: Why would you recommend City as a place to study STEM and specifically aeronautical engineering and aviation management?

SJN: I always think highly of my alma mater, but I would strongly recommend City to any student as the Air Transport Engineering degree was arguably ahead of its time 40-years ago and made me work-ready. City has continued to provide STEM-related courses that are relevant to industry and employer needs.  Specifically, the range of air transport, safety and maintenance management courses offered by City is extensive and ideal for mid-career professionals who can benefit immediately from the top-up of theory and applied practice in their careers and help them prepare for advancement and additional responsibilities.

CN: What are the main issues facing the UK in terms of STEM from your perspective as President of the IET?

SJN: The UK continues to have a severe shortfall in engineering and technical skills which ultimately is constraining GDP growth, stifling modernization in the digital arena and hampering our effectiveness to address sustainability and climate change. Against this backdrop, the IET, alongside many other organizations, places priority action on inspiring the next generation of engineers and technicians. Accordingly, our Team and Volunteers commit considerable time and resource to working with schools and colleges to offer STEM experiences to young people. For example, the IET runs FIRST Lego League nationally for youngsters between 9 and 16-years old, which is the UK’s largest STEM programme and inspires coding, problem solving and teamwork. Plus, we offer a large number of Bursaries annually to students to encourage and support them to study STEM topics to A-level and at university. Notwithstanding this enterprise, the skill gap remains and I call upon all professional engineering organizations, industry and universities to work together collaboratively to deliver the right quality and quantity of engineering skills into the future workforce.