The documentary uncovered personalised greeting videos of African men, women and children chanting sentences in Chinese. Among them were birthday greetings, wedding celebrations and a video used by a famous singer as part of their concert.

However, some videos contained racist content; one shows a group of children who were made to chant a derogatory phrase.

The video in question sparked the inquiry in the BBC documentary. Runako travelled to Malawi and collaborated with local journalist Henry Mhango to seek out the individual behind the videos – a man called Lu Ke, who stated he wished to “spread Chinese culture, music and dance” to Malawians.

The investigation revealed that locals were unable to understand Chinese. Lu Ke claimed he was teaching them the language but was instead taking children out of school to appear in these videos.

In an undercover video with a potential buyer, Lu Ke made racist remarks about those who worked for him, as well as revealing that in one instance they were made to produce up to 380 videos in a single day. Each video costs up to $70 (£55).

An investigation has launched into allegations of racism and exploitation against Lu Ke, with villagers saying he beat their children and paid them poorly. They also expressed concerns that the videos took advantage of the cultural and economic differences to generate profit.

Celina’s reporting is informed by her personal experiences as a Black person living in China, which inspired her to found Black Livity China, an organisation that documents the experiences of people of African descent both in China and in relation to China. Her fluency in Mandarin and personal connection to the topic aided in her confrontation with Lu Ke.

Since the documentary, Lu Ke has been arrested in neighbouring Zambia but may be sent back to Malawi to aid police in their investigation, according to a Department of Immigration and Citizenship Services spokesperson.

Last week, Wu Peng, China’s top diplomat for Africa, said he had talked with Malawi's foreign minister, confirming on Twitter both countries’ united stance of “zero tolerance on racism” and stating that action against these videos has and will continue.

The Minister of Foreign Affairs in Malawi, Nancy Tembo, released her own statement: “We are disgusted, disrespected and deeply pained.”

A week after the two met, protestors marched through the capital Lilongwe, demonstrating outside the Chinese Embassy.

Statistics show just how impactful Celina’s story has been: it has amassed 1.7 million views and over 7,000 comments on BBC Africa’s Instagram page. On Facebook, it has achieved 2.2 million views and over 176,000 reactions and comments. On YouTube, more than one million people viewed the documentary in English or Chinese. Actress Lupita Nyong’o also shared the piece on her Instagram story. Additionally, an article about the piece featured on the front page of The Daily Times in Malawi.

Racism for Sale was Celina’s first major journalistic piece, which she pitched, investigated and assistant-produced.

The full documentary can be viewed here. 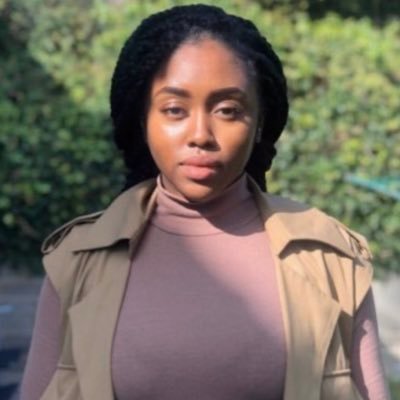 Runako Celina graduated with an MA in Investigative Journalism in 2021. She also holds an MA in International Politics and African Studies from Peking University, China, and a BA in Modern Languages (Spanish, Mandarin and Portuguese) from the University of Birmingham. Her studies in Peking were funded by the British Council’s Generation UK Scholarship. Previously, she was PR Officer for Peking University’s Africa Think Tank. She first came to the BBC as an investigative journalist with their Africa Eye division in January 2021, and in September of the same year expanded her role to include their Eye Investigations.