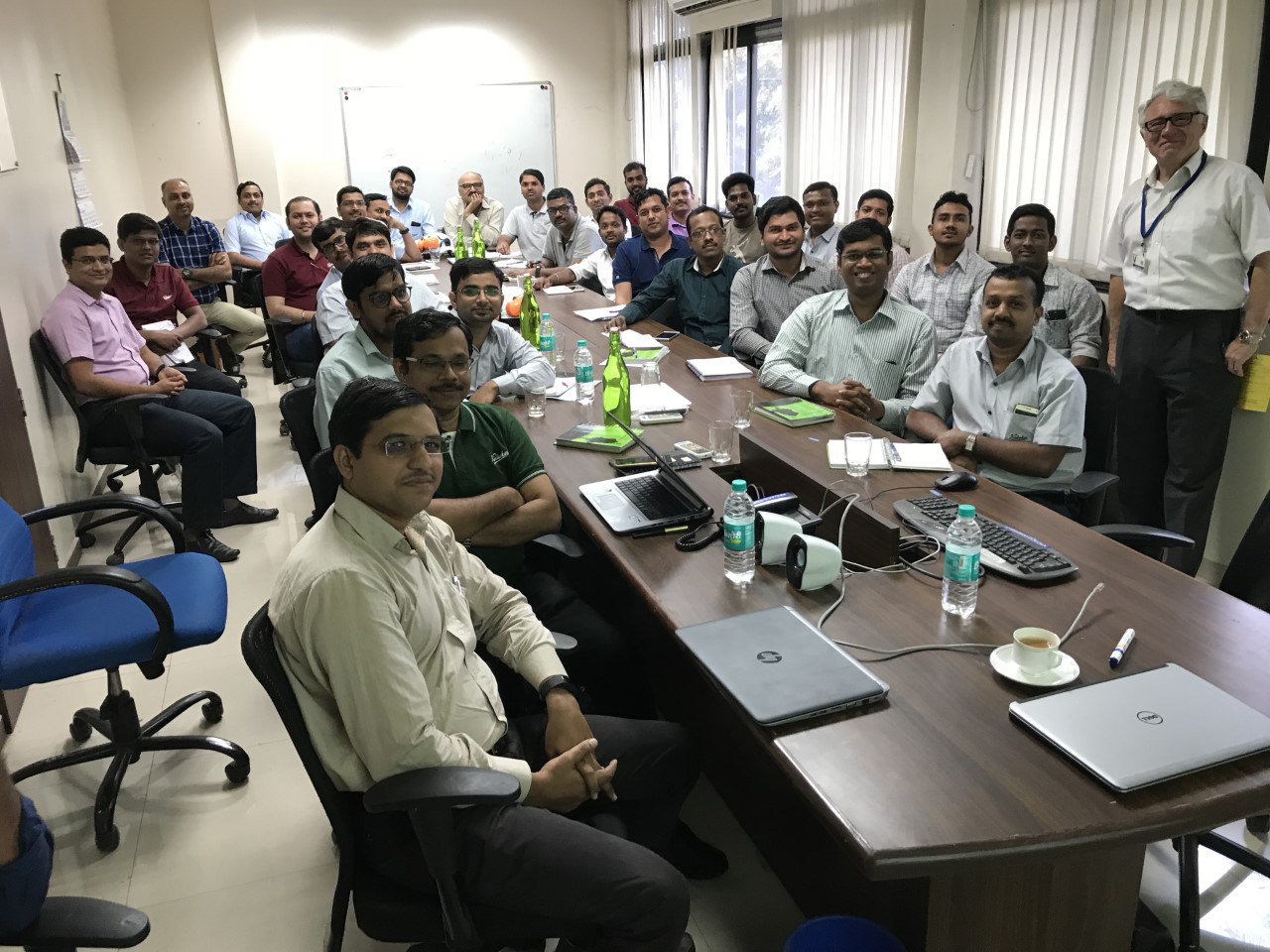 The partnership between City’s Centre for Compressor Technology and Kirloskar Pneumatic Company Limited (KPCL) has played a vital role in mitigating suffering and death in India due to the COVID-19 pandemic between 2020 to the present.

Led by Howden/RAEng Chair in Compressor Technology, Professor Ahmed Kovacevic, the research collaboration started in 2016 on product development goals and the training of two fully sponsored PhD candidates for the development of a range of efficient and reliable electric screw compressors for the Indian market.

Phase I of this ambitious project lasted from September 2016 to August 2019, resulting in the successful development of a family of electrically-driven, efficient and reliable oil-injected, twin-screw compressors for air application.

These products were successfully commercialised and were received well in the Indian market. This range of indigenously developed twin-screw compressors i played a big role in mitigating the national health crisis due to Covid-19 pandemic in 2020-2022. When the demand for oxygen soared in this period, these products helped to satisfy the needs of patients. 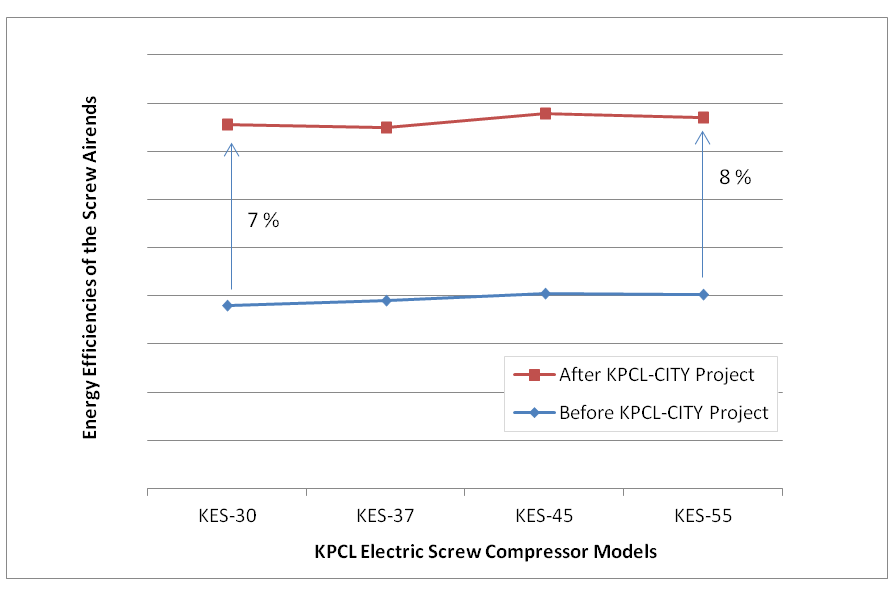 The PhD studies from Phase-I turned out to be an appreciable success. Nausheen Basha, the first PhD student, did her research on “Improving performance by enhancing Oil-injection Systems”, based on comprehensive CFD and experimental work on the screw compressors developed during this project. These studies contributed to the optimization of oil injection systems in the newly developed machines.

Suraj Abdan, the second PhD student, is completing his research on quantifying mechanical losses in twin screw compressor systems, thereby improving specific power consumption at the design stage.  A new analytical model to predict oil-drag loss has been developed and the validation of suitable power loss prediction models for bearing and seals in oil-flooded twin screw compressors has been an important recommendation.

Based on the successful completion of Phase-I, the collaboration continued into Phase-II for another 3 years.

This Phase is based on targets for further development of best-in-efficiency, oil-flooded, twin-screw compressors range. Optimization of designs commercialized in Phase-I have also been taken up as targets in Phase-II. 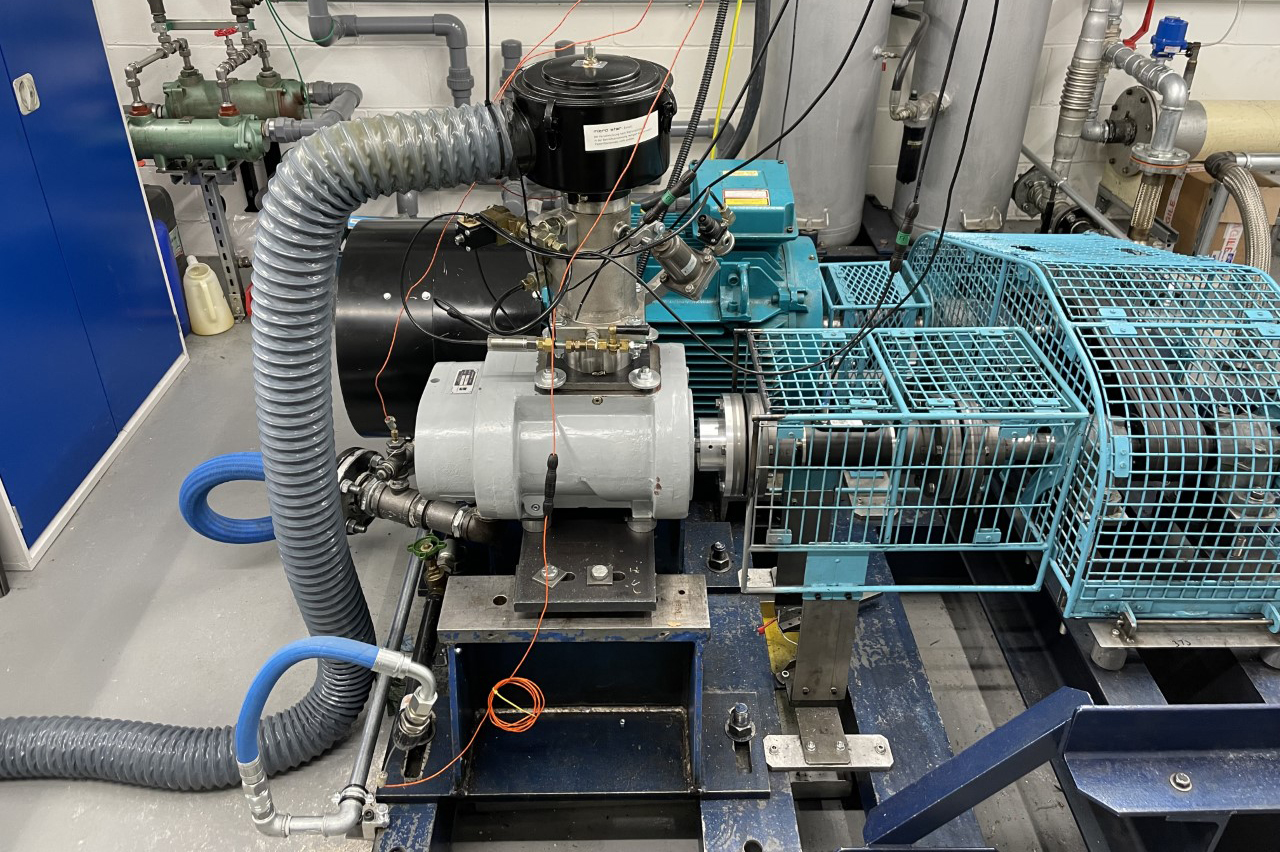 Despite the challenges imposed by the pandemic in Phase-II, City and Kirloskar teams pushed hard to generate research output by mitigating and adjusting their plans. The state of the art testing facility at City proved to be a gamechanger for this project.

In the development of best-in-efficiency machines and the rigorous testing for benchmarking along with optimization of the Phase-I machines, the test rig played a turnkey role which was met with unprecedented success and a leap in further understanding of technology. The recently upgraded test rig is now even more precise and well equipped for the testing of screw compressors of the future. The City team with their expertise in building test-rigs, supported the Kirloskar team to build their in-house testing facility.

The development of a new and efficient Kirloskar screw rotor profile was also taken up as a target through PhD training with City. Two additional PhD positions were added in this Phase.

Sumit Patil, the third PhD student, started research on rotor profiling under profiling expert and the inventor of City’s well known N-profile, Professor Nikola Stosic. The research has produced novel methods of profile generation inspired from the field of Mathematical Topology. This work presented at the International Conference on Compressors and their Systems held in London during September 2021 was well received by the international community of researchers and won the Best Student Presentation award. A patent of the Kirloskar rotor profile based on these innovations is also in the pipeline as a successful culmination of this collaboration.

A more recent development in profiling, the fourth PhD study, combined with validation of novel analytical models to predict oil drag losses in oil injected screw compressors, the second PhD study, will all be welcome developments in the near future. Abhishek Kumar started this PhD in the second year of the later phase. His research interests include high pressure applications for screw compressors and multivariate optimization of the screw compressor designs.