Professor David Collins says a light-touch approach to the Great Britain/Northern Ireland border can preserve the integrity of the UK while posing little or no threat to the EU’s Single Market. 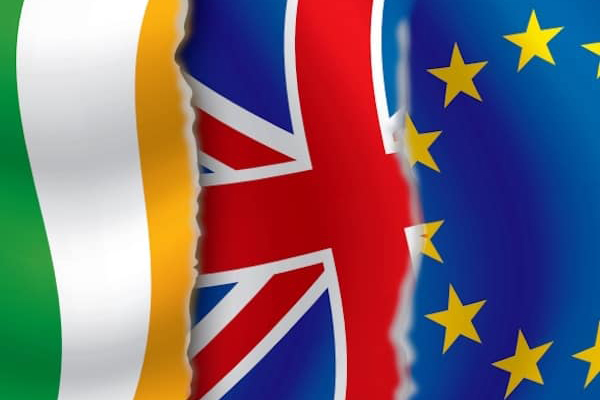 Endless repetition of the claim that the UK’s plan to abrogate the Northern Irish Protocol “breaches international law”, as if the UK were some kind of rogue state, does not make it true. Article 16 of the Protocol specifies that, should the agreement lead to “serious economic, societal …harms or to a diversion of trade, [parties] may unilaterally take appropriate measures.” This is what the Government is now seeking to do via legislation.

The standards for invoking this provision are ones of seriousness and appropriateness. These concepts are not unique in international law – they are found in the World Trade Organisation (WTO’s) Agreement on Safeguards. Safeguards are designed to cushion severe shocks resulting from free trade agreements and are widely viewed as a necessity given difficulties some countries experience adapting to new trading relationships.

There is no question that the developments that have occurred since the Protocol was signed are serious – a near total collapse of trade between Great Britain and Northern Ireland as a consequence of the EU’s egregious customs checks on goods. The ensuing implications for the integrity of the Union as well as the UK’s economic welfare are indeed a cause for concern.

The EU’s unreasonableness with respect to checks of goods is tantamount to a blockade in the Irish Sea. It is as good an example of bad faith in the implementation of an agreement as one might imagine. Something close to one fifth of all documentary checks conducted by EU customs relate to the Irish border – a shocking figure given that these shipments account for far less than 1 per cent of EU trade. It is hard to resist the conclusion that the morass of paperwork was purposefully inflicted upon the UK as some kind of punishment.

On appropriateness, the Protocol provides further clarification. The measures taken by a party in response to serious harm must be limited to those that are strictly necessary. Liz Truss has explained that the UK’s response would involve simplified customs checks on the Irish Sea comprising a check-free green lane for goods staying in Northern Ireland, linked to a trusted trader scheme, and a red lane for full checks on products moving into Ireland and the Single Market. This proposal is not a reckless “ripping up” of the Protocol as the BBC would have you believe. It is, as Attorney General Suella Braverman averred, an entirely lawful exercise of the UK’s rights as spelled out in the text of the treaty.

Article 16 goes on to state that the party against which safeguard measures are imposed to rectify harms (in this case the EU) may respond via “proportionate rebalancing measures” which must also be “strictly necessary”. This does not authorise a trade war, as the EU seems to be threatening. Given the miniscule volume of trade which may be affected, any corresponding tariffs against UK goods should be minor. An attempt to retaliate beyond this would be unlawful, not to mention self-destructive given the EU’s trade surplus in goods with the UK.

The solution of a light-touch approach to the GB/NI border can preserve the integrity of the UK while posing little or no threat to the EU’s Single Market. This was precisely the kind of arrangement that was envisioned by the Protocol and why the UK signed the treaty in the first place. Unfortunately, the EU did not see it this way. Something must be done, now.

Originally published in The Telegraph on 19th May 2022