A tribute from colleagues and friends of Professor Martin Conway (1952-2022).

Colleagues and British Psychological Society (BPS) members will be saddened to learn that Professor Martin Anthony Conway passed away on Wednesday 30 March 2022. He died peacefully in Newcastle in the company of his wife Judith and his children.

Martin Conway is best known for his work on autobiographical memory, for which he received the British Psychological Society Lifetime Achievement award in 2018. He also played a major role in shaping British Psychology more broadly, with periods as the chair of the Association of Heads of Psychology Departments, and as chair of the BPS Research Board. Martin also served on the panel assessing UK research in psychology, neuroscience and psychiatry as part of the Research Evaluation Framework.

Martin was a keen poet and had long term collaborations in art with was justly reflected in his fellowship of the Royal College of Arts. He featured regularly in The Psychologist, and the one-on-one article with him published in 2012 led to him being contacted by Judith, an old friend from his undergraduate days, a story which Martin told with delight at their wedding in 2016. 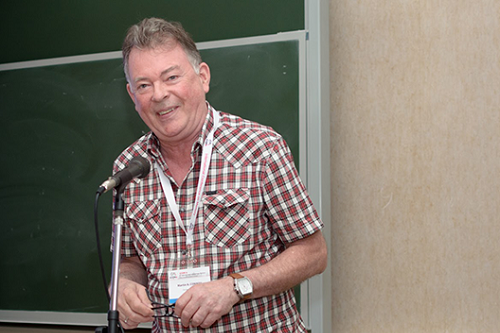 His outstanding scientific work is exemplified by two standout articles: Memory and the self, published in 2005, and The construction of autobiographical memories in the self memory system in 2000. In these seminal pieces Martin set out the dynamic processes and mechanisms by which specific memories are shaped in an organisational hierarchy which has at its core, the self.

Two decades later, his insights continue to frame research in autobiographical memory with a richness and clarity of insight unmatched in what is now an immense field of research. His view, expressed with characteristic panache in an article published in The Psychologist in 2006, was that “… memories are not some sort of mental wallpaper that merely provide a backdrop for the self. They are alive, free, sometimes alien, occasionally dangerous mental representations, that can overwhelm as easily as they fulfill.”

Martin’s scientific contributions are diverse, taking in inhibition, episodic future thinking, recollection, false memory, imagined events, flashbulb memories and so on. For each of these, Martin generously shared ideas and developed careers, supervising over 20 PhD students in his career. For the memory community he is also known for the series of International Conferences of Memory commenced in 1991 and the journal Memory (first published in 1993), both founded with Susan Gathercole.

He was one of six children, born in Darlington Memorial Hospital in August 1952. After finishing school without qualifications, he held various jobs before moving to London at around the age of 20. He studied for O- and A-levels at evening classes, finding the what was then new A-level in Psychology by luck. He studied for his BSc in Psychology at UCL between 1977-1980 and completed his PhD from the Open University on “Content and organisational differences between autobiographical and semantic memories” in 1984.

His career started as a scientist at the Medical Research Council Applied Psychology Unit (now the Cognition and Brain Sciences Unit) in Cambridge in 1983, where he spent five years. He subsequently held lectureship posts at the Universities of Hertfordshire and Lancaster before moving to Bristol as Professor in 1993. From 1994, he was head of department in Bristol, and then subsequently at Durham University (2001-2006), the University of Leeds (2006-2012), and City, University of London (2012-2017).

Martin retired as an honorary Professor from City in 2021. Martin’s advice to aspiring psychologists published in the BPS magazine was not for the faint-hearted, reflecting his own high successful career strategy: “Never be afraid to move to a better job.”

Martin was a generous and warm colleague, unpretentious and kind with a mischievous glint in his eye. Anyone who spent any time with Martin knows how dearly he loved his family. He was once waiting to give a telephone interview on his career for the media, and partly as a joke his daughter Jessica asked him some practice questions while he was waiting. In response to “What are you most proud of?” he answered without a moment’s hesitation “My children”.

He is survived by his wife Judith, his children with Susan Gathercole – Jim (35), Stephen (34), Jessica (30), Graham (27) and Phoebe (21) - and his granddaughters Lilly (8), Cassie (7) and Maeve (b. February 2022). Martin’s identity was firmly rooted in his home town of Darlington in County Durham, and to have had an autobiographical tour of this place with him was truly a wonderous thing.

Reproduced with permission from the The Psychologist article: Martin Conway (1952-2022).

If you would like to make a donation to the Royal Society for the Protection of Birds (RSPB), a charity favoured by Professor Conway, please visit the JustGiving page.