The accelerating cost of living crisis and the Ukraine conflict have thrown up major challenges for UK chancellor Rishi Sunak on the economy and the public finances, says Professor Steve Schifferes

The accelerating crisis in the cost of living and the Ukraine conflict have thrown up major challenges for UK chancellor Rishi Sunak on the economy and the public finances. As he prepares to make the 2022 spring statement, which sets out changes to the government’s plans for taxing and spending for the year ahead, striking the right balance will be crucial for the Conservatives’ chances of winning the next general election.

The war in Ukraine, which could potentially be prolonged, has upended the economic outlook for the UK economy. With Russia a major producer of vital commodities like oil, natural gas, nickel, wheat and aluminium, the western sanctions regime is constricting international supplies and driving up prices. This is going to have knock-on effects across the board for inflation and growth, exacerbating global supply-chain problems from COVID to raise the prospect of 1970s-style stagflation in the months ahead.

Of immediate concern to most people is the rapid rise in inflation, which is projected by the Bank of England to reach over 8% this spring, the highest in 30 years. With wages rising at only 4%, this means most people’s standard of living will fall.

Just as worrying as inflation for the chancellor is the likelihood of much slower economic growth as higher prices weigh on consumer spending, and exports are weakened by the effects of the war on Europe’s economy. After a strong rebound in GDP growth in 2021 as COVID restrictions were lifted, Bank of England forecasts suggest it will halve in 2022.

The bank then says growth will fall to below 1% by 2025, well below the long-term UK average of around 2%, with unemployment rising to 5% from its current level just below 4%. Slow growth will make it more difficult for Britain to become the “high wage, high productivity” economy that Boris Johnson wants.

Higher inflation poses challenges and opportunities for the chancellor. In the short term, it could boost tax receipts by £40 billion. This will partly be through “fiscal drag” as more people fall into higher income tax bands as a result of pay increases (bands have been frozen), and partly through increased VAT receipts from higher-than-expected consumer spending.

But this reduction in the deficit is partly offset by the fact that government spending has been higher than expected (by £10 billion). And higher prices and higher interest rates will lead to an £11 billion increase in the cost of servicing the government’s huge debt, some of which is tied to inflation. Plus, with slower growth or worse on the way, it is not clear that tax receipts will remain so buoyant.

Inflation also has a disruptive effect on public spending, which makes it harder for the chancellor to balance the books. The relatively generous increases in departmental budgets looked large in cash terms when they were announced in October, but higher inflation will reduce their real value by around a quarter.

Pressure on public sector pay, which makes up a large proportion of public spending, also looms large. Even raising the pay of nurses and teachers by 5% – below the current rate of inflation – would cut the increase in education spending by 50%, and reduce additional NHS spending by 25%. In addition, there will be pressures to further boost defence spending, which has fallen to historic lows as a proportion of government spending and is set to fall further in the next three years.

Overall, the chancellor is likely to have a “war chest” for new spending or tax cuts of around £20 billion (from the extra tax receipts, minus the increased spending and debt-servicing costs). There is clamour for this to be used to tackle the cost-of-living crisis, though Sunak has already made it clear that he cannot “fully protect” people. He has also ruled out any postponement in the 1.25 percentage point increase in national insurance (NI) contributions coming in April – which is aimed at boosting spending on the NHS and social care.

With energy security high on the government’s agenda, he may also be reluctant to give in to pressure from Labour for a “windfall tax” on oil companies as a way of financing cost-of-living assistance when he wants them to expand North Sea oil and gas production. Sunak might decide to make a temporary cut in fuel duty, perhaps by 5p in the litre, to help people with soaring petrol prices. But while this is politically popular, it would only have a marginal effect on the cost of living (and sends out the wrong signal around carbon emissions). 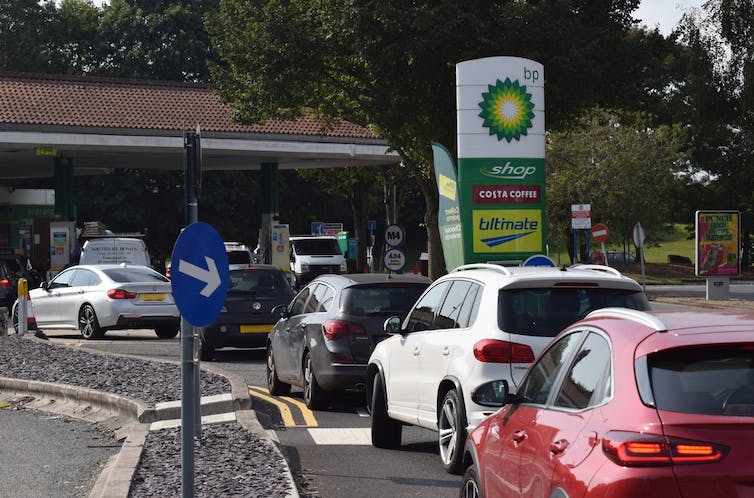 Another option is to make some improvements in his targeted scheme to give rebates to help people pay their energy bills – although he might wait until later to see if energy prices settle down. Meanwhile, it looks unlikely that Sunak will reverse course and raise benefit levels sufficiently to offset higher inflation, since it would add to long-term spending commitments. He might, however, increase some income tax and NI thresholds to help those who are struggling.

If the chancellor does err on the cautious side with this spring statement, giving people less than he might, it is likely to be with a view to cutting taxes in the run-up to the next general election – due by 2024. In his Mais lecture at London’s Bayes Business School in February, Sunak supported lower taxes and smaller government, but not at the expense of fiscal irresponsibility. As well as insisting that NI be increased to fund social care, he rejected unfunded tax cuts until government spending was under control.

The chancellor has made it clear that public spending will not rise further, and that efficiency savings – for example in the NHS – will be the only way to boost public sector delivery. He sees himself as a true follower of Margaret Thatcher, who first raised taxes and cut spending before triumphantly slashing income tax rates.

In the autumn, Sunak appeared on course to meet this goal, paving the way for a tax-cutting manifesto. But it is now unclear whether the combination of higher inflation and lower growth will derail this vision, and set back the “levelling-up” agenda which could hold the key to electoral success.

Professor Steve Schifferes is an Honorary Research Fellow in City, University of London's Political Economy Research Centre. He was previously Professor of Financial Journalism at City from 2009-17.