A City, University of London journalism student is putting her studies into practice across the world, by giving refugee women and girls the opportunity to tell their stories.

Sarah Little launched More to Her Story in 2020, just as the Covid-19 pandemic began. The platform offers a space for young women – as young as 14-years-old – to submit their stories as many live lives of repression and subjugation. The online community has told stories of Syrian refugees fleeing the civil war, women’s fear after the Taliban arrived in Afghanistan, and first-hand perspectives of the war in Ukraine.

Sarah is studying an MA in International Journalism (MAIJ), but her journey started five years ago when she received a grant to travel and interview young, displaced women from ten countries, with the support of the United Nations Refugee Agency. She is now focusing on developing More to Her Story and ensuring the stories from those who contact her are heard around the world. 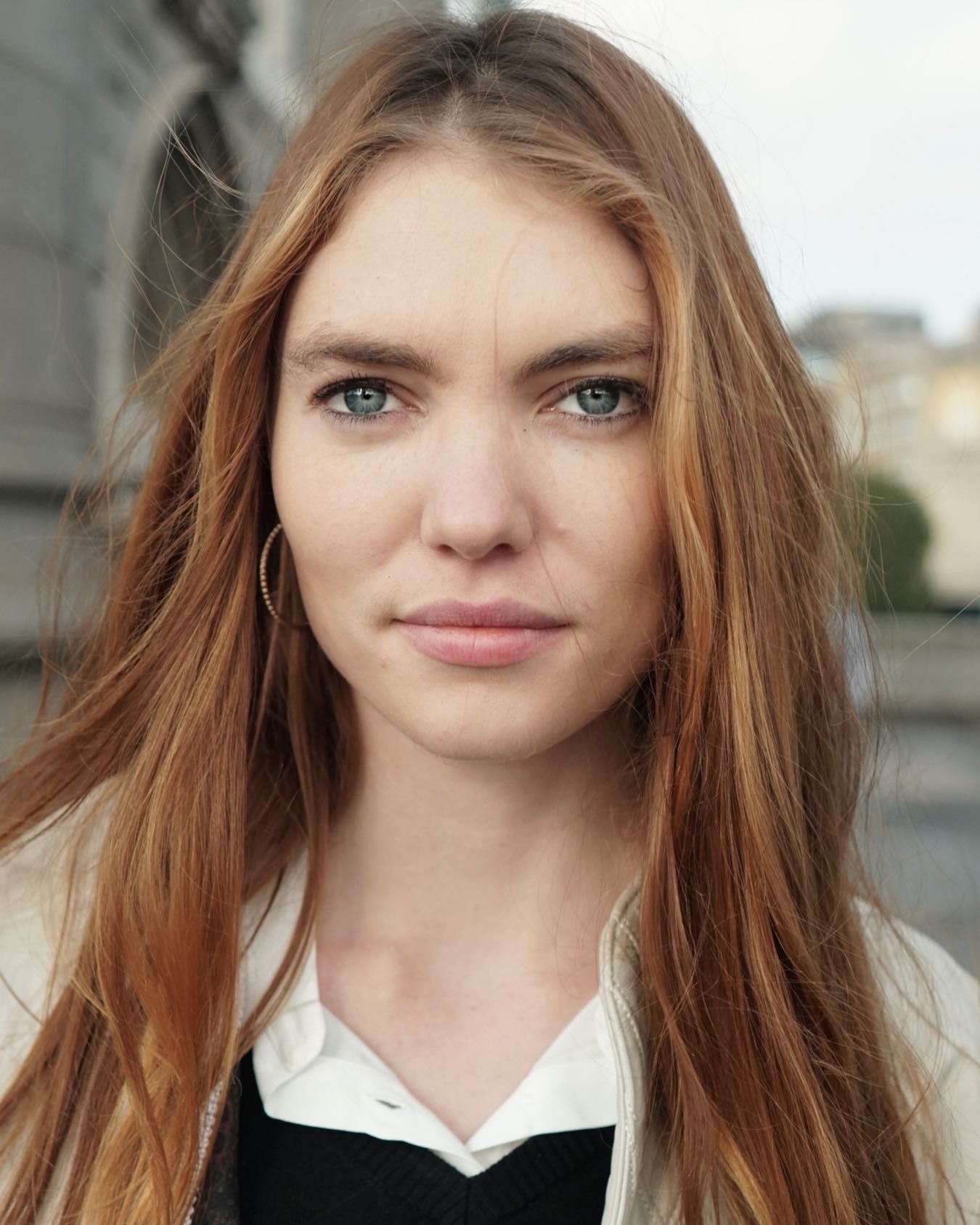 In 2017, at one of the heights of the Syrian Civil War, Sarah booked a one-way flight to Jordan, a generous country for hosting refugees and home to the largest refugee camp in the Middle East.

“The images and the news of people fleeing Syria were horrible. I wanted to hear first-hand from those who had been displaced. I stayed for a few months in Jordan working with local organisations and interviewing young women and girls in Za’atari Refugee Camp, which at its peak hosted 150,000 Syrian people. It sparked something in me. I didn’t want to be in and out; I wanted to build lasting friendships.

“Although I spent my early adolescence in Qatar, living in Jordan as a young adult woman opened my eyes to issues young women face that I had never before considered. I went to Kenya, Palestine, Belgium, and Greece, and I wrote a book about my experiences interviewing young women living in various contexts and conflicts around the world. That book became the platform ‘More to Her Story’.”

Sarah, 25, has built partnerships with organisations including She for Change, a non-profit organisation that fosters the next generation of female entrepreneurs in India, and the Lewis Institute of Babson College, which educates young entrepreneurs. She is now planning to move to Jordan following the conclusion of her studies this year, to continue her journalism and advocacy work.

“After the Taliban took over Afghanistan, we started receiving stories from young Afghan women, and the same has happened during the Ukraine war. I have heard many stories from girls, and I want to give them a podium for them to share their stories and creative works. We want their stories to be told. 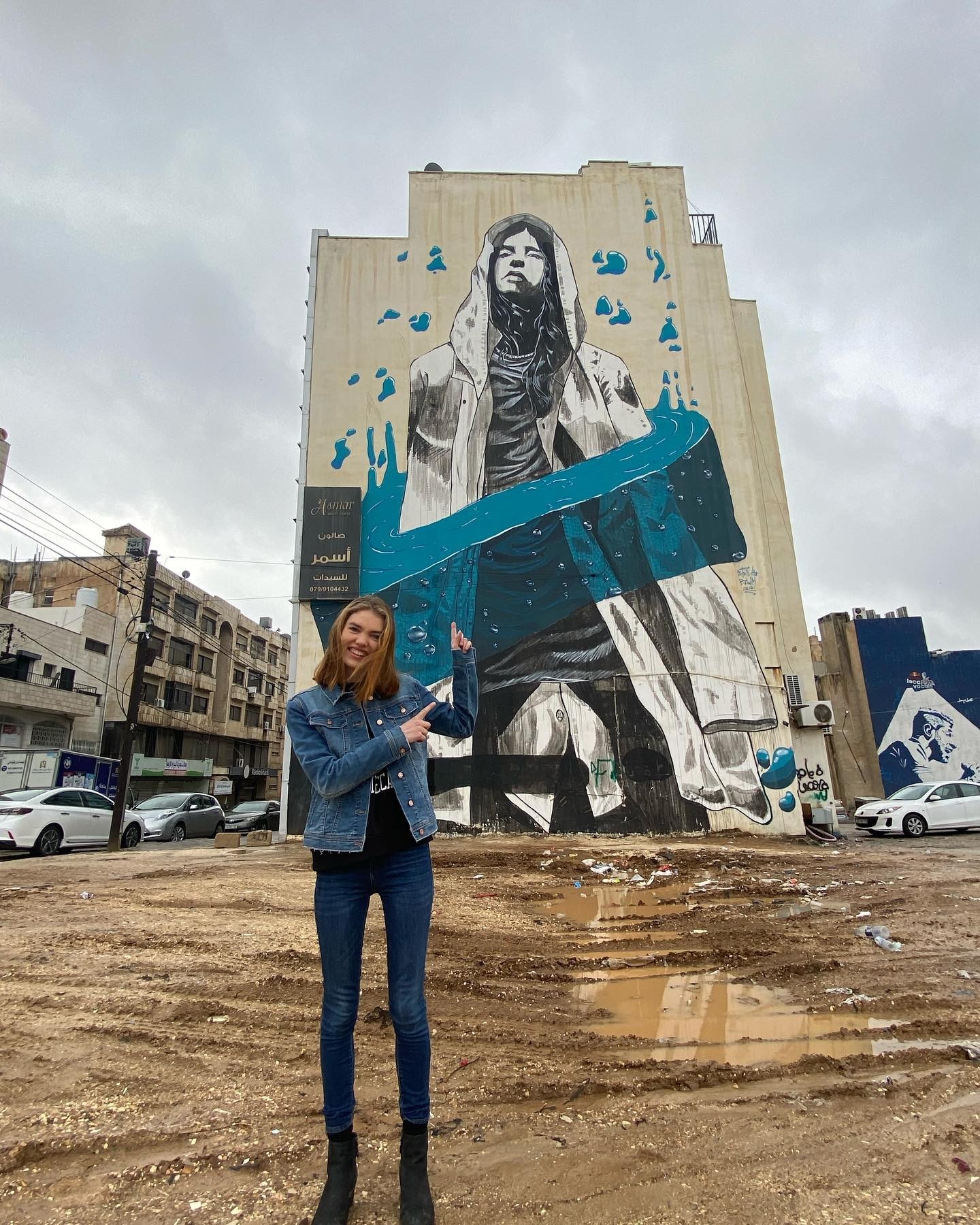 “The course at City has been great in building a network, which will be important moving forward. I am excited to see what the future holds.”

Dr Zahera Harb, Director of the MA in International Journalism, said: “Sarah has come to us with all those amazing experiences. MAIJ is helping her build new journalistic skills and adding to her knowledge on wider global issues from covering humanitarian crises to covering conflicts to covering human tragedies and successes in different regions of the world.

“Sarah has joined my Reporting the Middle East Class, but her interest and commitment to amplify the suffering of women in conflict areas extends beyond the Middle East. The work she has done collecting testimony from Ukrainian female refugees speaks for that.

“Students like Sarah make the MA in International Journalism programme the place where students come to build or enhance a career in international news or in covering stories of foreign nations near and far fairly and comprehensively.”

To find out more about the journalism courses available at City, University of London, visit the website.