Writing in The Conversation, The City Law School’s Dr Cassandra Wiener says the use of coercive control is a calculated strategy of domination employed by abusers. 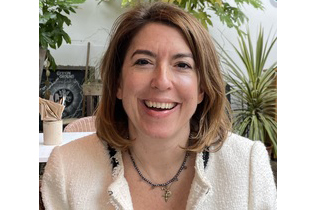 Commenting in a recent article published in The Conversation on Why victims of domestic abuse don’t leave, Senior Lecturer in The City Law School, Dr Cassandra Wiener, says the use of coercive control is a calculated strategy of domination employed by perpetrators.

“A perpetrator begins by grooming their victim, thereby gaining trust and access. They then make their victim afraid – usually, but not always, by instigating the fear of physical or sexual violence. Fear is what makes threats credible. And it is when a threat is credible that a demand becomes coercive. Research has shown that an abuser will exert control by restricting access to family and friends, money and transport, thereby isolating the victim and making it harder for them to resist. The victim experiences constant, generalised anxiety – what psychologists term a state of siege – that they have not moderated their behaviour sufficiently to avert catastrophe.”

“Contrary to what people often assume – that the victim chooses to stay; that they have options; that employing those options would keep them safe – research has shown that leaving is in fact dangerous. The control continues once the relationship is over but changes in emphasis from attempting to keep the victim in the relationship to trying to destroy them for leaving it.”

Dr Wiener’s perspective is further expressed in her research paper, Telling the Wrong Stories: Rough Sex, Coercive Control and the Criminal Law, published in the Child and Family Law Quarterly and co-authored by Dr Tanya Palmer from the University of Sussex.

Dr Wiener works on the criminalisation of domestic abuse, in particular the articulation by the criminal law in the UK and elsewhere of coercive control. She has acted as an advisor to the Home Office and has played a key role in the drafting of the Domestic Abuse Act 2021.