Dr Ryan Stones examines the assertion by Technology and the Digital Economy Minister, Chris Philp, that the proposed UK approach to regulating digital markets is “superior” to that of the EU.

In recent years we have become accustomed to the UK Government claiming that it is responding to the issues of our time more effectively than the European Union (EU). 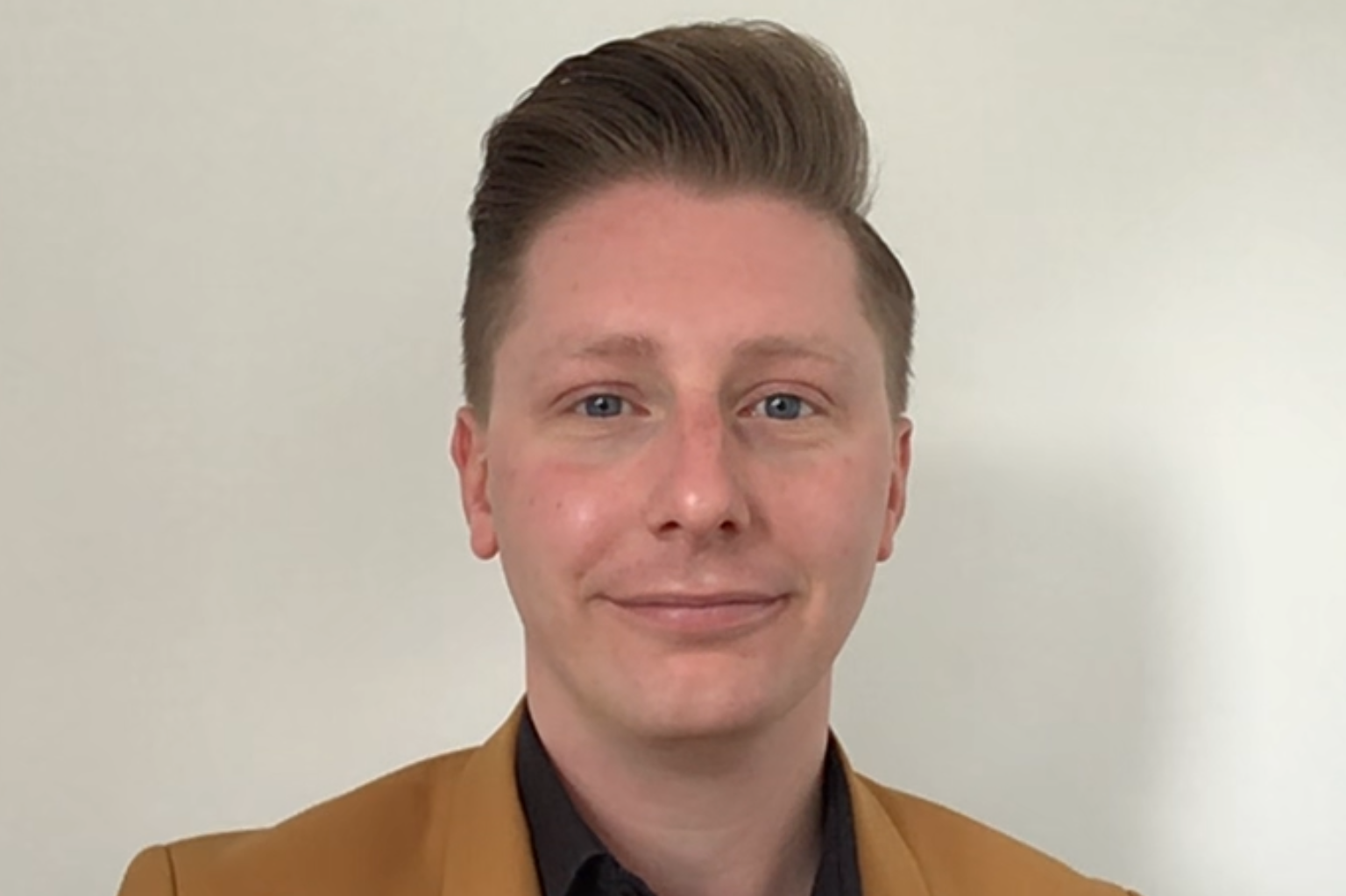 Efforts to authorise and roll out Covid-19 vaccinations are the most prominent example of the UK Government and its supporters – rightly or wrongly – applauding its post-Brexit independence.

However, in recent weeks, the UK’s proposed regime for taming the titans of the digital economy has seemingly become another source of one-upmanship over the EU. Before the House of Lords Communications and Digital Committee earlier this month, Chris Philp MP, Minister for Tech and the Digital Economy, claimed that proposed UK legislation to foster competition against the technology giants and protect users is superior to the EU’s proposed Digital Markets Act (DMA). He suggested:

“Our approach is more flexible and proportionate; it will better enable innovation; it will avoid the risk of squashing developing tech businesses. It is better than the EU approach, which runs the risk of stifling innovation and being rather blunt.”

When comparing the UK and EU proposals, there are reasons to agree with Philps’ assessment. But even if substantively justified, the significant issue with Philps’ triumphalism is the UK Government’s failure to prioritise delivering the legislative underpinnings necessary for it to actually work.

Addressing the challenges posed by the rise of the digital economy and the impact of its key protagonists on competition has become one of the defining issues of the 21st century. Over the last twenty years, the likes of Google, Amazon, Meta [formerly Facebook], and Apple have increasingly touched innumerable aspects of our everyday lives. Whether searching, shopping, and connecting online, all often via smartphones, these businesses play an increasingly prominent role in the modern economy.

As the UK Competition and Markets Authority (CMA) has highlighted, a collection of phenomena coalesce to entrench their almost unassailable market power against competition: operating platforms bringing together different users (e.g. social media users and advertisers) which generate significant network effects at scale that new entrants struggle to emulate; the lack of access for rivals to extensive consumer data; user biases against switching which favour pre-existing and/or default providers; opaque decision-making algorithms which may be disadvantaging competitors to the benefit of the gatekeeper; and the rise of expansive business ecosystems whereby users are incentivised to use a suite a complementary services from the same provider rather than mixing-and-matching the best elements from many. Together, these factors are thought to have resulted in markets dominated by significant firms subject to marginal competition, acting as gatekeepers at crucial points in the digital economy which can be abused for their own benefit.

Of course, there have always been large companies that hold significant market power, enjoying positions where competitive pressure is reduced to such an extent that they can exclude rivals and ultimately exploit consumers. This is why the UK and EU have had enforced competition law for decades.

As illustrated by EU fines of more than €8 billion on Google for various abuses of dominance and the UK CMA blocking Meta’s acquisition of Giphy, these tools are regularly used to address anticompetitive practices that arise in the digital economy. Nevertheless, an international consensus has developed that such ex post interventions against the tech titans are not enough: they take too long, usually occur after competition has been distorted for several years, the fines are insufficient to actually deter these profitable companies, and the outcomes rarely remedy structural blockages to competition in the digital economy.

As a result, jurisdictions around the world are developing ex ante legal obligations upon significant digital firms for greater competitive pressure to be exerted upon then and the benefits of the free-market economy to be realised in the digital age. Nevertheless, while there is a perceived need for such action, the most effective means is subject to considerable debate. While favouring decisive legal changes to foster competition in the digital economy, legislators are conscious of the risks of stifling innovation through blunt interventions that chill potentially beneficial business conduct at the fringes of perceived illegality, as well as their carefully-crafted regimes becoming obsolete in a rapidly evolving world.

It is within the context of this regulatory dilemma that we should understand Chris Philps’ comments about the “superiority” of the UK’s plan over the EU, owing to its perceived flexibility tailored to specific business models and avoidance of innovation-deflating rigidity. At the moment, neither legislative regime is complete. The European Commission unveiled its proposed Digital Markets Act (DMA) in December 2020, with the European Parliament and the Council of the EU (representing Member States) currently negotiating possible amendments. It is expected that the DMA will be finalised in the summer of 2022. The UK Government consulted on its proposed “new pro-competition regime for digital markets” throughout 2021, with its response to the feedback expected imminently. In advance, in April 2021 the CMA created within itself the Digital Markets Unit (DMU) which will ultimately be responsible for overseeing the new UK regime.

While both works in progress, the greater flexibility of the UK approach lauded by Philps is already evident on two regulatory fronts.

First, the subjects of regulation. Article 3 of the EU DMA will see certain firms designated as “gatekeepers” of core platform services, in the first instance based upon quantitative criteria concerning turnover/capitalisation/fair market value, the number of business and end users of the platform, and duration. Where such criteria do not create a rebuttable presumption of gatekeeper status, the European Commission also has the power to conduct a market investigation into whether such a designation should nevertheless be applied. The EU’s default reliance upon quantitative presumptions differs from the UK Government’s rejection of “mechanistic” criteria for the DMU to designate firms that hold “strategic market status”. Instead, it envisages holistic analysis of evidence indicating substantial and entrenched power in markets where digital technology is a core component, usually through very significant scale, acting as a core gateway to consumers, being able to entrench/expand power, or where it operates as a rule-maker for its own digital ecosystem or broader wider.

Second, in/flexibility is evident in the obligations upon EU “gatekeepers” or those with “strategic market status” according to the UK DMU. It is this aspect to which Philps’ claims are more clearly directed. Article 5 of the DMA lists a series of prohibitions and obligations applicable to all gatekeepers. These include, e.g., prohibitions on combining personal data from the platform with other sources, requiring the same or better terms than rival platforms, and preventing businesses concluding contracts with users of the platform by other means. Beyond the blanket requirements of Article 5, Article 6 includes a list of various obligations that may be applied by the European Commission when designating individual gatekeepers.

This is quite a mélange of requirements, seemingly targeted at contrasting business models: some are related to particular problems with search engines (preferential placement of the gatekeeper’s related services, access to data for rivals), whereas others are inspired by issues with app stores (interoperable third-party payment systems, fair and non-discriminatory terms of access). At first sight, the UK’s alternative looks rather like the interplay between Article 5 and 6 of the DMA. At its core, the UK Government’s preferred approach (subject to the consultation) is for firms to be subject to an enforceable “code of conduct” set out in primary legislation, with the DMU empowered to derive firm-specific legal requirements. The difference seems to be the degree of advance specificity.

Rather than a series of blanket obligations in Article 5 of the DMA, the UK’s legislative code of conduct is likely to constitute a set of high-level principles. Furthermore, instead of the European Commission selecting from an a la carte list of pre-determined obligations in Article 6 of the DMA, the UK DMU would almost have carte blanche to impose requirements specifically tailored to the issues associated with individual firms and their business models, constrained only by the high-level principles of the code of conduct. Additionally, the UK Government is also minded to give the DMU the power to issue “Pro-Competitive Interventions” (PCIs), going beyond ex ante obligations to positively mandate (e.g.) interoperability with data or functional separation between services.

Returning to his evidence before the House of Lord Communications and Digital Committee, Philps was correct to highlight that the proposed UK approach to regulating the technology giants is more flexible than the EU’s DMA. The Digital Markets Unit will have greater discretion to designate and impose obligations upon firms with “strategic market status”. 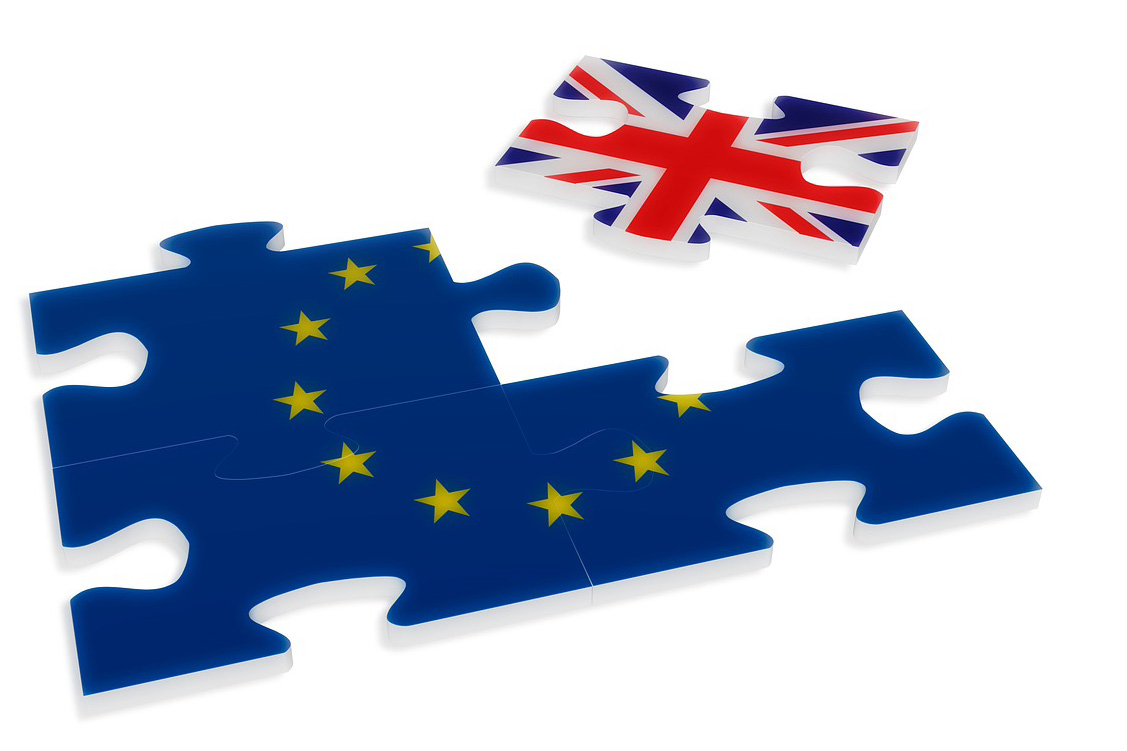 As to whether flexibility equates to “superiority”, the DMU will have the power to fashion obligations specifically targeted to the different business models of the various tech giants in its firm-specific obligations. Neither the DMU as regulator nor the firms as subjects are forced into compliance with the relatively specific prohibitions and obligations enumerated in Articles 5 and 6 of the EU DMA. The avoidance of bright-line ex ante rules is generally thought to be conducive to innovation, avoiding the chilling of pro-competitive business behavior in the penumbra surrounding a prohibition. As a result, Professor Damien Geradin and Dr Liza Lovdahl Gormsen, the two academic experts who also gave evidence to the Lords Committee, were of the opinion that this flexibility was indeed more desirable than the DMA’s comparative rigidity.

But there is one way in which the EU does have an advantage: the DMA will probably be finalised in summer 2022, while the UK hasn’t even got the Bill onto Parliament’s legislative agenda yet. This is a disappointing turn of events as, through no fault of its own, the UK CMA’s undeniable international leadership on competition in the digital economy is being squandered by legislative inertia. The basic contours of the proposed UK approach were suggested by the Furman Report published in March 2019. In the intervening period the CMA has done a huge amount of work in the field via reports, market studies, and competition law enforcement, also pre-empting its new powers by setting up the DMU in April 2021.

But without statutory underpinning, the “superior” UK approach is purely academic. Before the Committee Dr Andrea Coscelli (CMA CEO) expressed his “frustration” at this situation, with Chris Philps going on to confirm that he hopes it will be on the legislative agenda for the third session of this Parliament. Of course, the Government has been busy with addressing the not insignificant issues of the pandemic and Brexit.

It also chose to start its legislative response to the technology giants with the Online Safety Bill, apparently focusing first upon digital content and then competition. But the EU has also been addressing these two pivotal issues, while also developing the Digital Services Act (DSA) covering content and online safety in tandem with the DMA.

It could be several years before we see the UK DMU exercising its “superior” flexibility. While it might be worth it in the end, how much damage could be done to competition in the digital economy by the tech giants while the DMU toothlessly awaits the legislative green light?