The former Chief Executive of the Crown Estate has been recognised for his outstanding contribution to public service and to City.

Mr Roger Bright (CB) was awarded the Honorary Degree of Doctor of Science (Honoris Causa) at the School of Science & Technology's (SST) graduation ceremony at the Barbican Centre on Wednesday 2nd February 2022.

Those nominated for City, University of London's Honorary Doctorates have achieved high professional or academic distinction in their fields, and are considered outstanding role models for City's students. 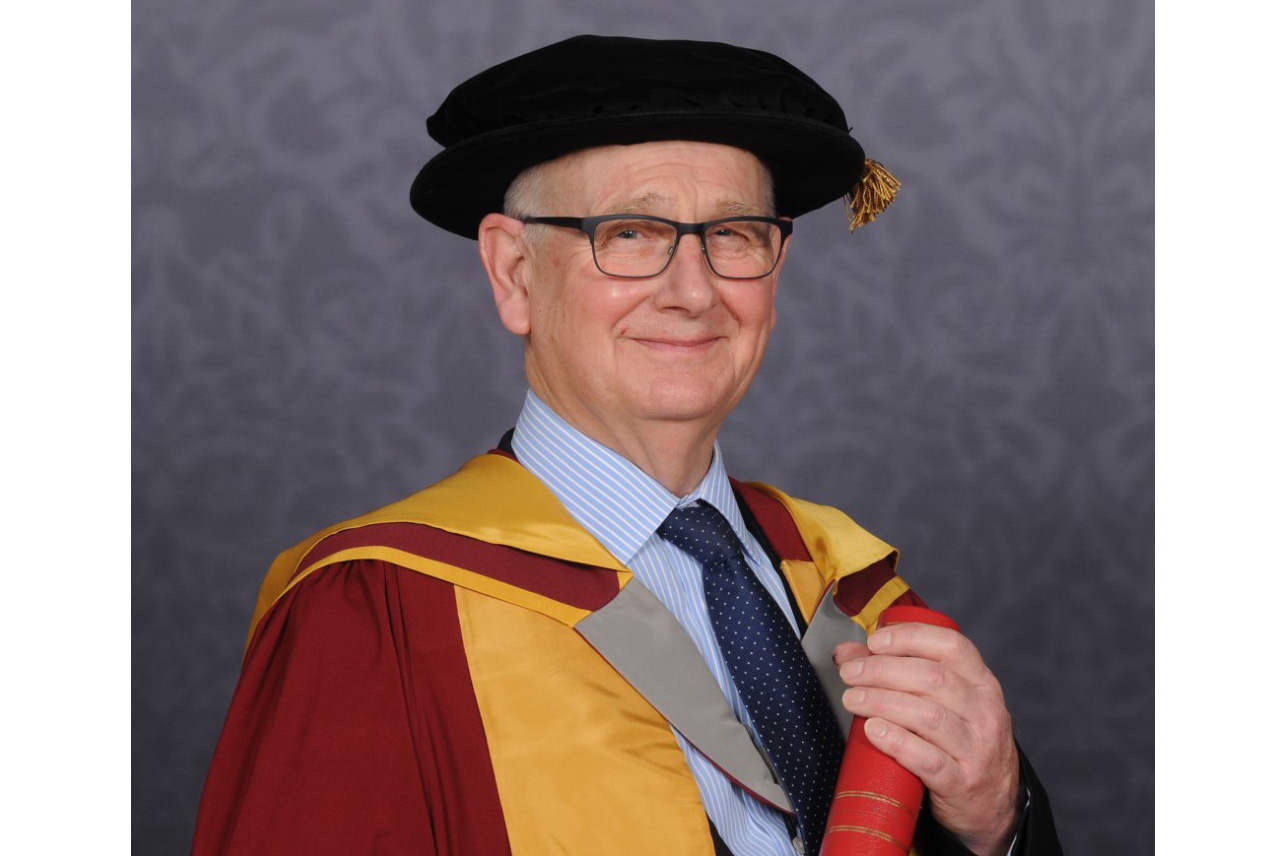 Mr Bright received his award in recognition of his outstanding contribution to public service and to City, University of London.

His career spanned some 40 years at the public/private sector interface, with a particular focus on the housing and property sector.

Following a degree in modern languages and linguistics at Cambridge University, he began his career as a Whitehall civil servant in the Department of the Environment, where he held a number of senior policy positions and served as private secretary to several Secretaries of State.

Mr Bright left the civil service in 1991 to become Deputy Chief Executive at the Housing Corporation, responsible for funding and regulating social housing providers. In 1995 he moved to work in financial services regulation at the Personal Investment Authority and subsequently the Financial Services Authority.

In 2001, he was appointed Chief Executive of The Crown Estate – a significant milestone in his distinguished career. A unique business, operating within the public sector, it combines commercial with stewardship mandates and manages its portfolio in the interests of the nation. All of its profits go to the Treasury for the benefit of the nation’s finances.

Mr Bright's decade as CEO saw substantial modernisation of The Crown Estate, including the initiation of the current offshore windfarm leasing and investment process, where the sector now generates over 10% of the UK’s electricity, making the UK one of the leading countries in the world in this sector; the transformation of London’s Regent Street in to one of the world’s leading retail and office destinations; and the delivery of £2 billion in profits to the Treasury.

Since retiring from The Crown Estate in 2011, he has held a variety of non-executive and chair roles. Mr Bright was Deputy Chair of Council at City, University of London between 2012 and 2017 and is currently Vice Chair of Council at The Royal Veterinary College, University of London. He is also Chair of Private Rented Sector Operations Ltd and Chair of St John’s Winchester, a charity providing housing and support for elderly people in need. He was awarded the Companion of the Order of the Bath (CB) in the Queen’s Birthday Honours in 2009.

As intellectually able graduates, you have the potential – directly or indirectly - to make the world a safer, healthier and more sustainable place. But as with any skillset, not just the STEM skills, it’s vital you apply them with a social conscience; an appreciation of their wider context and their likely impact; and assessed against that most precious commodity, practical common sense.