Dr Xeni Dassiou, a Reader in the Department of Economics at City, University of London, offers her opinion on why price caps are not the answer to the crisis

The current energy crisis in the UK looks set to peak in April when millions of families face a rise in the annual energy price cap. Perhaps it is time to scrap these caps?

The imposition of a default tariff cap was introduced in 2018 (Domestic Gas and Electricity (Tariff Cap) Act 2018) to protect consumers from being overcharged and ensure that the prices they pay closely reflect the costs of supplying electricity and gas. The cap was designed by the energy regulator, Ofgem, which is responsible for both setting it, revising it higher or lower, and deciding whether it can be safely removed.

Not many people realise that UK is in fact unique in the world in re-introducing price caps. Retail energy prices have been unregulated since April 2004 when the market was considered to have become sufficiently competitive to not require price regulation (transmission and distribution prices were, and still are, regulated). The re-introduction of such caps by Ofgem was the result of a Competition and Markets investigation in 2016 which found that “70 per cent of domestic customers of the six largest energy firms are still on an expensive ‘default’ standard variable”.

The recent upheaval in the energy market caused by the surge in energy wholesale prices is overshadowing a bigger question. What types of services will retail suppliers be offering in the future regarding in their role of energy retailers? Is it just metering and billing? Then, if they can reduce overheads, properly serve their customers, are financially prudent and with some skills in hedging they can survive. Of course, the latter has proved a big ‘if’. Even a medium-sized company like Bulb with 1.7 million customers was found recently not to have properly hedged as they lacked the financial resources to do so. Dozens of smaller retailers have failed too.

It is worth pointing out that many companies were already in a vulnerable position from the pandemic where their financial position was affected by consumers’ unpaid bills and bad debt. The surge in wholesale prices merely accelerated their demise.

But in the long run, the question is whether the future demands a more complex role from such companies, offering services to ‘prosumers’ that wish to buy and sell energy using storage (solar panels, overnight storage by car batteries etc) and charge solutions for EVs. Then we need a completely different kind of supplier emerging that clearly provides a far more capital-intensive service to consumers. This, in turn, indicates a different cost base.

Put simply, this means that the cost functions between suppliers may become more divergent as they start offering different types of products to consumers.

In fact, this may eventually lead to a separate market altogether. The provision of such new services cannot be ignored and in fact should be encouraged, together with all other forms of innovation as we move to a net-zero emissions target. If this is the case, then clearly a price cap may not be the appropriate answer as it can offer limited incentives for a long-term investment in capital where uncertainty exists as to whether such costs will be recovered.

The above implies that the criteria set by Ofgem in the summer of 2019 to better scrutinise the companies that serve consumers – for instance, whether a new entrant (or an existing one) is “well prepared to meet the costs they will face” and “have appropriate resources to enter the market” – fall short in addressing the far more complex questions beyond viability, to the types of suppliers we are referring to.

Clearly, price caps do not answer such questions. Indeed, in periods of low energy prices, they make consumers lazy in searching for the best deal in the market through reducing the need to shop around and, if appropriate, switch (and hence relax the need for suppliers to price compete). And in periods of high energy prices, they damage the financeability of suppliers through their inability to pass on wholesale price increases.

Instead, the answers need to be given by the market instead by removing the price caps. The role of addressing the affordability of energy prices belongs to the government that can do so through the tax system by beefing up existing discount schemes and benefits (e.g. warm homes discount, etc.) to low-income households, rather than going for the ‘cheap’ – and, ultimately, expensive by distorting the market – solution of price caps. 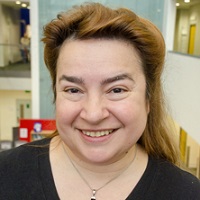 Dr Dassiou is a Reader in the Department of Economics at City, University of London. She has over 25 years’ experience in Economic Regulation and Competition, both as an academic and as a practitioner in consultancy and academic expert roles.

She is the Director of City’s Centre for Competition and Regulatory Policy, a member of the Academic Panel of economic experts for Ofgem, the energy regulator, and the academic reviewer for Ofgem for the conditions for effective competition (and the retention or removal of the default tariff cap) in 2020.

Disclaimer: The views expressed in this article are her own and not representative of the views of the regulator.