Professor Anthony Finkelstein, President, City, University of London will take part in a new series of the Christmas special edition of University Challenge. Anthony will represent his undergraduate alma mater – Bradford, where he studied Manufacturing Engineering. He competes alongside Labour MP Bell Ribeiro-Addy; Martin Roberts (presenter of BBC's Homes Under the Hammer), and David Cowling (former editor of the BBC's Political Research Unit). 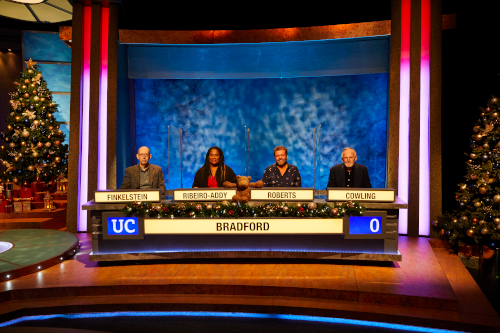 Anthony first appeared on University Challenge in 1980. His Bradford teammate at the time was Mike Southon, well known business speaker and visiting Lecturer in Entrepreneurship at Bayes Business School. 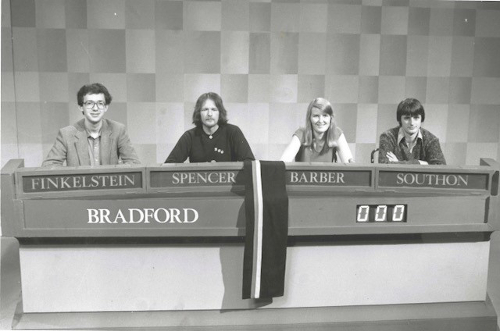 Christmas University Challenge is a special series of the BBC2 student quiz programme University Challenge. It comprises a short tournament in which teams of distinguished graduates from UK universities and university colleges compete, broadcast typically over the last two weeks of December. The series has been a fixture of BBC2’s Christmas schedule since 2011, and is regularly one of the channel’s most-watched programmes over the Christmas period.

People who have taken part in this special series in the past include the broadcasters Richard Coles and Louis Theroux; the actors Anna Maxwell Martin and Chris Addison; the politicians Lords Michael Howard and David Blunkett; the sportspeople Eni Aluko and Tanni Grey-Thompson; the journalists Jonathan Freedland and City alumna Samira Ahmed; and the writers Susan Hill and Charlie Higson.

“I have no idea why I agreed to do this! The scope for public humiliation is enormous. Nevertheless, I hope that it amuses colleagues, friends and family.  And yes, for the record, it is much more difficult in a studio than in your living room.”

Anthony's first round match will be broadcast on BBC2 on Tuesday 21st December, at 8.30pm.