Mass media and general public often link violent video games to real-life violence, although there is limited evidence to support the link.

Debate on the topic generally intensifies after mass public shootings, with some commentators linking these violent acts to the perpetrators’ interests in violent video games.

However, others have pointed out that different factors, such as mental health issues and/or easy access to guns, are more likely explanations.

In the light of these conflicting claims, President Obama called in 2013 for more government funding for research on video games and violence.

Research by Dr Agne Suziedelyte, Senior Lecturer in the Department of Economics at City, University of London, provides evidence of the effects of violent video game releases on children's violent behaviour using data from the US.

Dr Suziedelyte examined the effects of violent video games on two types of violence: aggression against other people, and destruction of things/property.

The study, published in the Journal of Economic Behavior & Organization, focused on boys aged 8-18 years – the group most likely to play violent video games.

Dr Suziedelyte used econometric methods that identify plausibly causal effects of violent video games on violence, rather than only associations.

She found no evidence that violence against other people increases after a new violent video game is released. Parents reported, however, that children were more likely to destroy things after playing violent video games.

Taken together, these results suggest that violent video games may agitate children, but this agitation does not translate into violence against other people – which is the type of violence which we care about most.

“A likely explanation for my results is that video game playing usually takes place at home, where opportunities to engage in violence are lower. This ‘incapacitation’ effect is especially important for violence-prone boys who may be especially attracted to violent video games.

“Therefore, policies that place restrictions on video game sales to minors are unlikely to reduce violence.”

Read the Daily Mail's write-up of the study in their article, titled 'Violent video games do NOT make players more aggressive in real life, study claims'.

Agne Suziedelyte is an applied microeconometrician. Her broad research areas are health economics and economics of human capital. 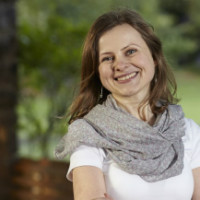 She is particularly interested in the effects of information and communication technologies and media on health and human capital development.

Her other research interests include unintended consequences of public policies, mental health effects of negative events, and reporting of health in surveys.