Professor Mootaz Elnozahy of King Abdullah University of Science and Technology (KAUST) shares his thoughts as part of the COP26@City series of events.

Professor Mootaz Elnozahy, Professor of Computer Science at King Abdullah University of Science and Technology (KAUST), says current trends in information technology (IT) are moving in the wrong direction. 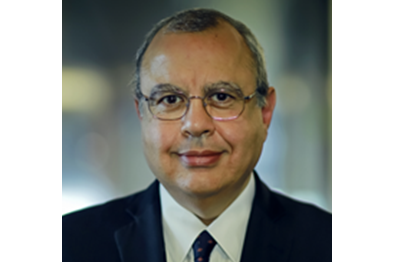 The former IBM Senior Manager and Master Inventor gave an invited talk on 11th November 2021 in the School of Science & Technology (SST), as part of City’s COP26@City programme of events and actions demonstrating the University’s commitment to reducing its environmental impact and responding to global climate challenge.

The event was chaired by the Director of City’s Centre for Software Reliability, Professor Lorenzo Strigini, who introduced Professor Elnozahy to the audience.

In his address titled, The Impact of Information Technology on the Future of Energy Consumption, Professor Elnozahy said recent trends, namely, cloud-based media streaming, AI, crypto currencies, the roll-out of 5G and the Internet of Things (IoT) are all running counter to responsible energy consumption.

He noted that IT’s share in global energy consumption is projected to move from 8 percent to 21 percent by 2030 – up from 1.8 percent in 2014, with major players in the industry such as Google spending more than $1bn in electricity per annum. 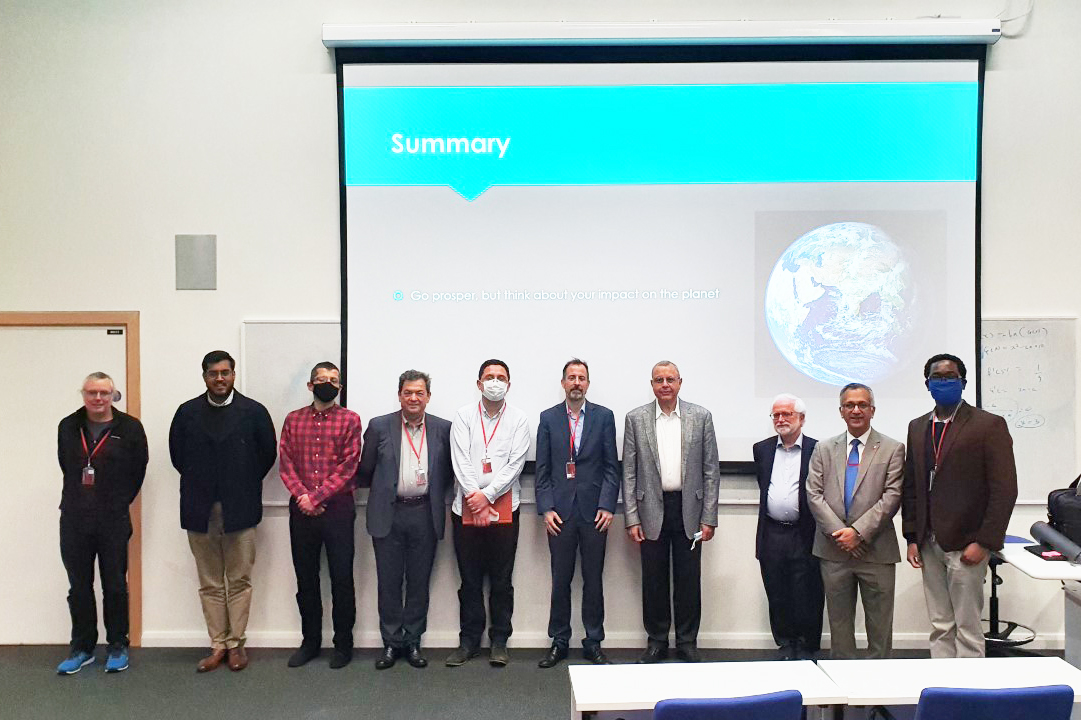 Professor Elnozahy mentioned that while the development of autonomous vehicles has been hopeful, “Deep Learning and AI models use heavyweight linear algebraic algorithms which require large amounts of processing power given the exponential growth in the use of these models”. He said Open AI used 27.6 megawatts (MWh) per hour (adding up to $2m) to train GPT-3 – the Generative Pre-trained Transformer 3 autoregressive language model using deep learning to produce human-like text.

With regard to data centres, Professor Elnozahy observed that “while a single data centre gains computer power at a nominal energy cost, the number of data centres is increasing at an exponential rate globally”.

Examining the role of market speculation on aspects of the digital revolution (which led to the internet stock crash in 2001), and which is now fuelling the remarkable rise in cryptocurrencies, Professor Elnozahy said Bitcoin has become a medium for irrational speculation and a tool of choice for ransomware and money laundering, consuming large amounts of CPU time and electricity.

Speaking about the rising energy cost of streaming services such as YouTube, Netflix and Amazon, Professor Elnozahy said that the amount of energy spent on YouTube and Netflix globally is equivalent to 13% of UK's electric power consumption. He said 95 percent of all streaming traffic is video usage “which is almost entirely free of cost to users and largely unlimited”.

Cautioning that the switch to renewables should not be seen as a quick-fix solution, Professor Elnozahy stated that renewable energy only constitutes 10.4 percent of total energy consumption with wind energy still needing to be properly connected to national grids and overall growth in renewables still requiring many years before they dominate large-scale energy production.

In order to address the disconnect between the great plethora of information technologies and their energy usage, Professor Elnozahy calls for the following:

He warned that the cost of electricity must be linked to environmental cost and purpose after being kept artificially cheap over a very long period of time, leading to wasteful behaviour, with little or no consequence.