Professor Dermot Bowler, who is a founder member of the Autism Research Group at City, University of London, has recently been elected to the fellowships which recognise his outstanding contribution to these fields.

Professor Dermot Bowler is a member of the Autism Research Group at City, University of London, which he helped establish in April 1993.

A City lecturer since 1990, he has recently had the honour of being elected to the Fellowship of the Academy of Social Sciences for his exceptional contribution to social science research, and the Association for Psychological Science for his continued leadership in psychological science. 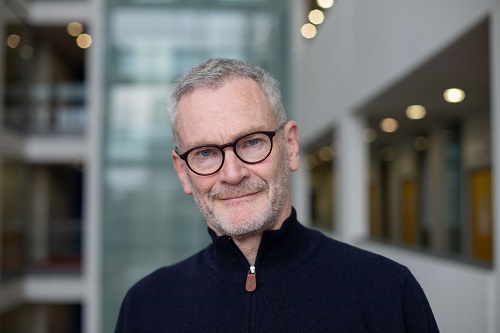 The Academy of Social Sciences

The Academy is made up of over 1400 Fellows, 46 member learned societies and a number of affiliates. This extensive community of over 90,000 social scientists has helped establish the UK’s position as a global leader in the social sciences.

Changing the field of autism research

Professor Bowler’s scientific work is on the identification of psychological processes underlying the social difficulties that define people with autism spectrum disorder (ASD), a condition that has profound repercussions for an individual’s emotional, social and occupational development.

Understanding why people with ASD are autistic not only allows us to develop adaptations to make the world an easier place for them to live in, but also helps to deepen our understanding of what constitutes sociability in a human context.

His early work (Bowler, 1992) called into question the then-prevalent view that autistic people had specific difficulty understanding other minds and laid the foundation for the now widely accepted idea that they can compensate for their difficulties, but often at personal cost.

His research has made the important discovery that autistic people experience particular difficulty with more complex reasoning that involves the flexible processing of multiple elements of experience. One consequence of this is a particular pattern of strengths and difficulties in memory that helps to explain autistic individuals’ difficulties both in the domain of social interaction and communication, and in the domain of unusually repetitive and restricted behaviour and stereotyped interests.

Practical applications of this work include the development of teacher-oriented guidelines to improve memory in autistic individuals and guidelines for interviewing autistic people when they come in contact with the criminal justice system.

Professor Bowler also has long-standing collaboration with French scientists and the French autism community. France is an outlier in the way it looks after people on the autism spectrum, having been condemned several times by the Council of Europe for violating the rights of autistic people.

His involvement with the prestigious INSERM and HCÉRES government agencies, his joint publications with French colleagues and his talks to parent, practitioner and scientist conferences in France represents an important step in helping to develop a cadre of French scientists and practitioners working in the field of autism as well as in adopting a more evidence-based approach to understanding autism among French clinicians and scientists.

Reflecting on being elected to his new Fellowships, Professor Bowler commented:

'I am really delighted and honoured to be elected a fellow of both these prestigious scientific bodies. Election to fellowship marks the esteem in which my work and that of my colleagues at the Autism Research Group is held externally.  The fellowships also inform the wider world that City is a major centre both for fundamental science and applied research into autism.'