Raffi Maurer was the featured student speaker representing the School of Mathematics, Computer Science and Engineering (SMCSE) during City, University of London’s graduation ceremonies in October 2021.

Addressing an audience of graduands, their families and academics at SMCSE's graduation ceremony,  Raffi stated: "It is vital to remember that information is not necessarily wisdom, a video call is not always a dialogue, a follower not always a friend, and a like not always a sign of affection." 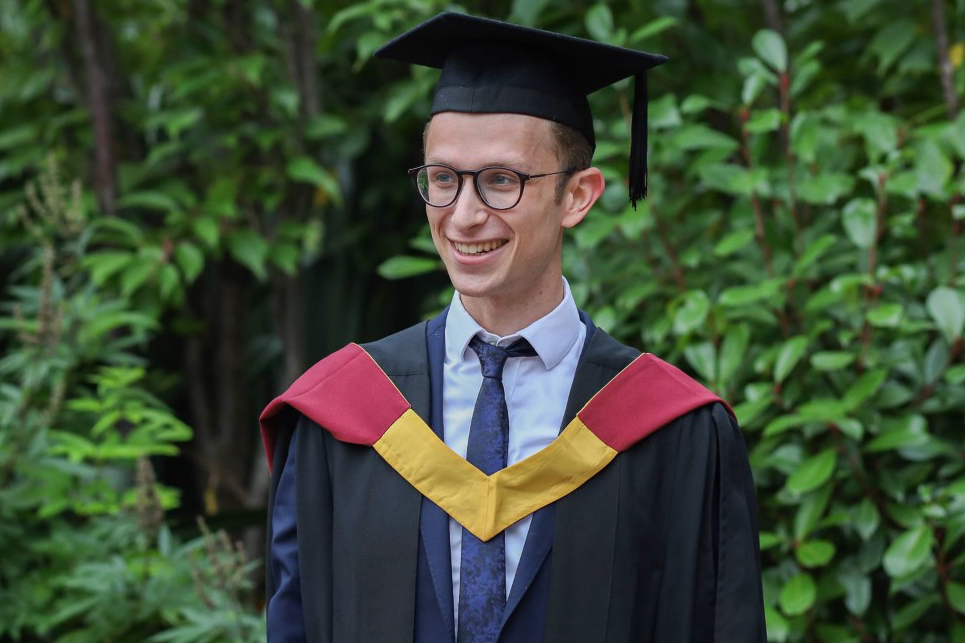 Raffi decided to pursue his degree at City because of its reputation for academic excellence while preparing students vocationally for their futures.

He adds: “Even in the age of self-taught programming wizards, universities such as City still have a role to play in helping students achieve a breadth of knowledge that will serve them for years to come.”

Despite the challenge of striking a balance between academic success and personal fulfilment, Raffi says the experience of reading for a degree at City allowed him to expand his horizons. An example of this was studying on the Functional Programming module, in which he was able to “engage with a totally new and alternative programming paradigm.”

Raffi currently works for the Denmark-headquartered, multinational software consultancy, Netcompany, and wears several hats in his role as a general consultant, including being a software developer, analyst and salesperson. Some of his public sector clients include the NHS and the Ministry of Defence.

He believes his time at City "contributed enormously" to his current role:

The breadth of learning that I was exposed to really prepared me for a job in which I am expected to be comfortable with a wide variety of responsibilities. In particular, my Second-Year group project provided valuable insights into the world of work and team-working which has now been corroborated by my experiences at Netcompany. From a technical standpoint, a great deal of the technical knowledge that I picked up has stood me in good stead – be it practical programming skills or conceptual computing concepts. One minute I was sat coding an application for my dissertation, and not too long after that I was sat in the same place, doing that kind of thing for a living.

I would like to thank City for giving me a smooth and enjoyable journey through higher education and out into the wider world. I sincerely hope that my connection with the university remains, and I look forward to seeing great things from the SMCSE in the years to come.