Professor Ronen Palan from City, University of London’s Department of International Politics, gives insights into how billionaires are avoiding paying tax, as recently exposed in the Pandora Papers

Many of the world’s richest and most powerful people are in the spotlight once more for using secretive tax havens and corporate structures to hide wealth and avoid paying taxes. The Pandora papers is the third in a series of huge leaks of documents to the media following the Panama papers in 2016 and the Paradise papers in 2017 – and little seems to have changed in the interim. 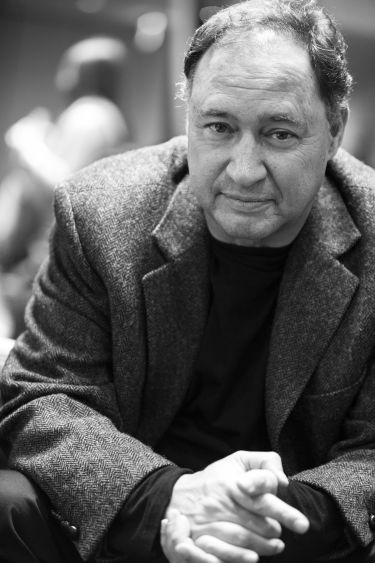 Those included so far in the new revelations include the leaders of the Czech Republic, Cyprus, Jordan and Ukraine, plus members of the ruling family in Azerbaijan and figures close to Vladimir Putin. In all, more than 100 billionaires are reportedly involved in the revelations, with transactions ranging from properties worth millions of pounds to slush funds and superyachts.

The Conversation asked Professor Ronen Palan [pictured], a specialist in offshore tax havens at City, University of London, about the story so far.

What are your initial thoughts?

I’m afraid I’m not surprised by these papers. There’s no evidence to suggest that the volume of transactions taking place through these offshore centres is declining, so the same financial structures that we heard about in the Panama and Paradise papers are still clearly being used.

It’s fascinating that so many of these people in the public eye must have known that eventually their activities would become common knowledge, and yet they opted for offshore secrecy anyway. I suppose any concerns may be overcome perhaps by greed and the knowledge that they will not be prevented from doing it.

In some cases we are talking about (illegal) tax evasion and in some cases it’s (legal) tax avoidance: the difference comes down to whether the people in question had fully notified the authorities in their home countries about the offshore structures they are using. In instances when I read that they are asked by the media to comment and they decline to respond, it creates the appearance that we are talking about evasion – although this remains unproven.

Why does the situation not appear to be improving?

Over the past 20 or 30 years, international regulation has focused on creating tools that allow tax authorities to ensure that taxpayers are not evading taxation. Systems were introduced that focus on “know your customer” or KYC – requiring people transacting in particular jurisdictions to fully identify themselves so that this information can be shared with other jurisdictions.

This essentially creates transparency so that you know who has money where, so that tax authorities can use this information to make sure that their citizens are not evading taxation. But while that can be effective in countries where the tax authority is operating independently of the government and politics, it’s not going to work in Russia or China or many other developing countries. It’s therefore not surprising to me that many of the revelations are about activities outside of the developed world.

But why hasn’t transparency forced tax havens to change?

It has brought about change, but some jurisdictions comply more than others. So you have got some British jurisdictions such as Jersey or the Cayman Islands that are much more transparent than they used to be. On the face of it, they can claim to be more regulated than, say, Denmark or Sweden.

But the professionals who have the expertise to create structures that enable tax evasion are still often based in these places, and they create structures with different layers that will be partly registered in these jurisdictions but partly in those with looser transparency rules such as the British Virgin Islands or Panama – following the letter but not the spirit of the law. This makes it very difficult to see what is happening and whose money is involved.

How do we improve the current situation?

The Pandora papers show we are reaching the limits of what can be done with data transparency. Unless we find ways to tighten the net, this won’t be the last leak of its kind. This is recognised at least implicitly by the OECD (Organisation for Economic Co-Operation and Development) and other international bodies in their increasing interest in going after the enablers, rather than just focusing on the tax evaders themselves.

Maybe it’s time to create something similar to what applies in medicine, so that, if enablers contravene certain standards, they can be prosecuted – even in countries who are not directly affected by their activities. If they went to such a country, they could be arrested on arrival.

Should we create a new international institution dedicated to stamping out tax evasion?

In practical terms, the three places that matter when it comes to creating international regulations are the US, EU and China. Unfortunately they are not agreeing with one another on much right now, so it will be difficult to reach an agreement about such an institution. Even if they did agree, they would be accused of imperialism by smaller countries, or of acting as dictators.

Of course, these three players would still need to agree on an initiative to really go after enablers, so you can make the same criticism of this strategy, but it is at least more modest in its scope and therefore potentially more realistic.

Are all these revelations actually helpful?

There’s certainly a danger of media saturation, in which the public knows about these kinds of activities and may be less interested by now. But we need to emphasise that the consequences are not going away: to run a modern state, it’s very expensive. To pay for a good education system, a good health system, properly functioning infrastructure and so forth, somebody has to pay for it.

If the rich are avoiding paying their share, somebody else is picking up the tab, and that’s either the poor or the squeezed middle classes. So if the public are tired of all this scandal, it doesn’t change the fact that they are suffering because of it.