A leading medical historian from City’s Department of Journalism has contributed an article on the scientific and political failures in the UK’s response to Covid-19 to the Royal Society’s Interface Focus journal.

Dr Mark Honigsbaum, author of books including The Pandemic Century and A History Of The Great Influenza Pandemics, has been a regular commentator on Covid-19 for the past couple of years.

Dr Honigsbaum’s criticisms in the article mirror those of the UK’s management of the pandemic in the joint report issued yesterday by the House of Commons’ science and technology committee and health and social care committee.

Like the House of Commons report, Dr Honigsbaum [pictured] points to a culture of “group think” among key government scientific and medical advisors, many of whom appeared to countenance a policy of allowing the coronavirus to spread through the British population in order to generate ‘herd immunity’ – a term borrowed from vaccinology. 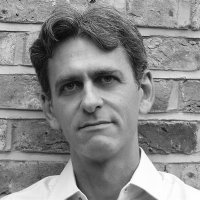 He argues that this ‘failure of expertise’ was compounded by political complacency and over-reliance on disease models predicated on influenza to ‘mitigate’ the spread of the coronavirus.

“Unlike influenza, which has a two- to four-day incubation period, on average it takes 5–6 days and, in some cases as long as 14 days, for a person infected with SARS-CoV-2 to develop symptoms.

“That gives authorities a one- to two-week window in which to test, trace and isolate asymptomatic but potentially infectious individuals and suppress coronavirus infection chains before they can spiral out of control.

“But, as the joint report points out, despite being one of the first countries to develop a test for Covid in January 2020, the UK abandoned plans for test and trace and effectively ‘squandered’ its lead, resulting in the ‘biggest health crisis in 100 years’.”

Perhaps the most questionable assumption was that social distancing measures should be time-limited in case ‘behavioural fatigue’ set in if the government locked down too soon.

The article argues that the government’s Covid response was a fundamental “imaginative failure”. Although quarantines frequently provoke resistance, they are a familiar response to outbreaks, one whose logic has changed little since 1377 when Dubrovnik in southern Croatia passed an ordinance requiring travellers from plague-infested areas to isolate for 40 days beyond the city's limits.

As Dr Honigsbaum notes in the article, such insights were well known to medical historians and had been extensively documented in the voluminous literature on plague, cholera, Ebola and SARS but, essentially, had to be rediscovered all over again during the pandemic of Covid-19.

Dr Honigsbaum continued: “But while countries in Southeast Asia were quick to close their borders to travellers from China suspected of harbouring the coronavirus and adopt quarantines and social distancing, UK government advisors assumed such measures would be ineffective and counterproductive.

“This was despite a wealth of evidence that in the absence of quarantines – and when faced with an unknown and potentially deadly pathogen -- people would spontaneously adopt social distancing out of caution.

“This is what happened in Hong Kong following the quarantining of apartment blocks during the 2003 SARS outbreak.”

“Rather than putting our faith in preventive medicine and statistical technologies to predict the course of epidemics and dictate appropriate suppressive measures in future, I argue we need to cultivate more profound forms of imaginative engagement with infectious disease outbreaks, ones that take account of the long history of quarantines and peoples’ lived experiences of pandemics.”