Ms Plachcinski, Research Fellow, Public and User Involvement  at the Centre for Maternal and Child Health Research in City’s School of Health & Psychological Sciences, accepted the award on behalf of herself and team members, Mary Newburn and Dr Miranda Scanlon, who had been involved in earlier stages of the work and are now both Honorary Senior Research Fellows at the Centre.

The award celebrates their work which has used a three-tiered approach to foster public involvement and engagement in a project led by Alison Macfarlane, Professor of Perinatal Health, linking birth and hospital data for England and Wales and analysed daily, weekly and annual cycles in numbers of births. 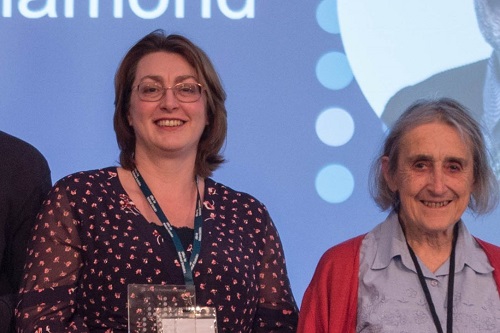 The findings of their award-winning work were published in the November 2020 edition of the International Journal of Population Data Science.Reflecting on the award Ms Plachcinksi said:

It was an honour to accept this award on behalf of the Birth Timing team. I consider myself very fortunate to have assisted Mary and Miranda in setting up the public involvement and engagement work, and now to be running PI&E in line with the principles and three-tier model they have established.

The three-tier model of PI&E allows for patients and the public to have a strategic input to a project, as co-investigators and on an advisory group, and creates opportunities for a wider constituency to comment on the ongoing work and discuss implications of the findings.

We could not have won this award without all the women, parents and birth activists who shared their views and experiences of maternity care with us and confirmed they were happy for health data to be used in this way. Patient and public involvement has a huge role to play in establishing and maintaining public trust in data intensive research, and the Birth Timing work is setting a standard for others to follow. 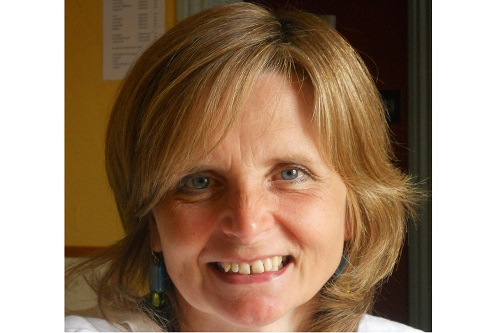 Mary Newburn co-recipient, and first author of the research article about the award-winning work, said:

“This study has formed the basis for some really exciting analyses. Within this phase of the research we compared the timing of births in different settings: home births, births in midwifery units and in hospital obstetric units. With very large datasets subtle differences can be observed that would not be evident in smaller studies.

“The women we involved were intrigued to see that when comparing the timing of the most physiological, or 'natural' births, meaning those that start and conclude without interventions, the timing of home births is different from the timing of similar hospital births. This raises questions about the cultural influence of different birth settings, including the impact of a clinical versus home environment and of different clinical management approaches.” 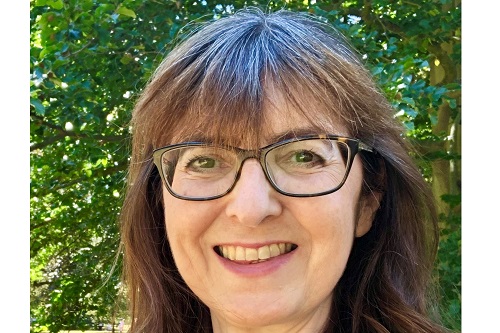 “Coming after a previous prize at the International Normal Labour and Birth Conference in December 2020 for this work, this award confirms the broad interest in our work involving service users. Our approach to public and service user/patient involvement and engagement has wider application, not only in maternity and data linkage research, but more generally in all areas where service users and patients can be given a voice. Involving service users and embedding their perspective at the outset of a project, enhanced by further discussion and feedback with a variety of service user stakeholders, can make a profound difference to the relevance, social legitimacy and reach of the work.”

The research is led by researchers at the Centre for Maternal and Child Health, City, University of London.

It is a population-based study designed to link together routinely collected data from three sources: data recorded when births are registered by parents; birth data notified by midwives; and data from hospital systems for all births in England and Wales for ten years, from 1st January 2005 to 31st December 2014.  The study, whose short name is Birth Timing, has been using these data to analyse the daily, weekly and yearly cycles of births in England and Wales, the outcomes for women and babies, and their implications for the NHS.

In 2018, the researchers published findings showing key patterns of birth across England and Wales that have important implications for midwifery and medical staffing, and that can significantly inform policy-making in this area.

The data were anonymised and processed in a secure system run by the Office for National Statistics (ONS), and at no stage were researchers able or permitted to identify individuals in files of seven million births.

In 2020, the project team published an account of public engagement in the ways in which linked maternity and birth data have been used in the Birth Timing Study.

This work was done because use of routinely collected personal health data remains an area of potential concern for the public. Information about planned studies must be publicly available, so that citizens and those with an interest know what has been authorised. Itis important that researchers consult and work with relevant members of the public, including service users, involving them in the design and analyses of the research.

Practices of this kind are important in terms of research ethics, questioning whether, and working to ensure, that the public feel this kind of research has moral legitimacy and serves the public good.

To facilitate these practices the Birth Timing Study adopted a three tiered approach to public involvement and engagement with the study:

Two co-investigators on the Birth Timing study had significant experience of public involvement and engagement in maternity research from their prior roles as service user representatives, and were involved as ‘service user researchers’ from the design stage to dissemination stage of the study.

Four people with a service user perspective acted as advisors to the co-investigators as members of a multidisciplinary Study Advisory Group, addressing the overall conduct of the study, the study questions, analysis, outputs and dissemination of findings.

Four engagement workshops were held with around 100 service users recruited from Maternity Services Liaison Committees (MSLCs), multidisciplinary health forums, from all over England and Wales and from an inner-city community engagement group. All were current or previous users of maternity services. Many of the MSLC members worked with local antenatal and postnatal parents support groups, some as antenatal teachers, breastfeeding counsellors or doulas (trained birth companions who provide support).

The study findings suggests that use of PI&E ‘knowledge intermediaries’ successfully bridged the gap between the data intensive research and ‘lived experience’, helping to guide the Birth Timing Study. However, it also recommends further inclusivity in involvement and engagement, particularly with maternity service users from Black, Asian and minority backgrounds.

The article reports that attendees of the study’s engagement workshops supported the linking and use of their own and other women’s personal health data, believing the Birth Timing Study had potential to improve safety and quality of maternity services.

Concern about staffing levels was mentioned many times during the workshops. While the study could not analyse staffing levels because of the limitations of routinely recorded data, it is widely understood that there can be different levels of staffing, of staff seniority and access to interpreters at different times, such as at night and at the weekend.

The researchers found that the contribution of the experiences and concerns of workshop attendees confirmed the validity of the planned study analyses and will assist in their interpretation.  The article concluded that respecting the concerns and questions of service users provides social legitimacy and a relevance framework for researchers carrying out study analyses.

Visit the Centre for Maternal and Child Health Research