The City engineering PhD student has won the Award for her research into the the Development of Screw Compressors by Improving the Oil Injection System.

A PhD student in the Department of Mechanical Engineering and Aeronautics has won the 2020-2021 Institute of Refrigeration’s (IOR)Ted Perry Award for Student Research. 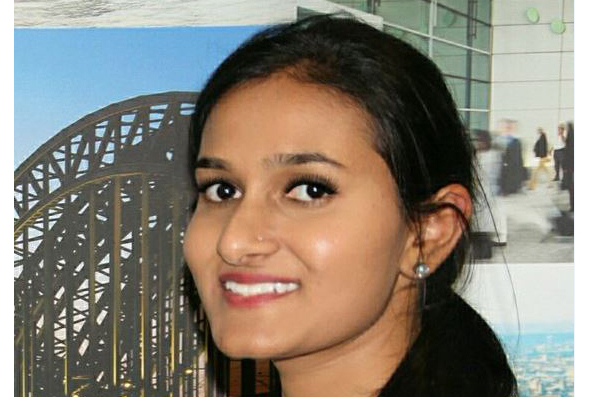 Nausheen Basha won the Award for her work on the Development of Screw Compressors by Improving the Oil Injection System, after a rigorous and competitive process.

She was among three researchers from other UK universities who took part in a live 3-minute thesis event, presenting their work to members of the IOR as part of its Cool Careers World Refrigeration Day webinar.

The judges – themselves past winners of the Ted Perry Award – selected Nausheen following a review of her thesis summary, her supervisors' statement and her live presentation.

Nausheen was supervised by Professor Ahmed Kovacevic and Professor Nikola Stosic, both from City’s Centre for Compressor Technology

“I have known Nausheen since 2017 when she joined City’s Compressor Centre as an agile, knowledge thirsty and overall very successful PhD student supported by the compressor manufacturer Kirloskar, India within a now six year-long ongoing project on the development of oil-flooded screw compressors. Oil as a medium for lubrication, sealing and cooling plays crucial role in screw compressors because it assures far higher pressure ratios than achievable in the oil free compressors.”

“However, oil injection inevitably introduces additional losses into their process, thus this investigation will certainly improve the compressor performance substantially. Nausheen has chosen a modern numerical and experimental approach to this activity which aims to improve heat transfer between gas and oil and reduce compressor mechanical losses - this is of fundamental importance for the industry and academia. She completed her part in the project very successfully and presented it concisely in her thesis. I am sure that Nausheen’s work will have tangible impact upon the screw compressor industry that I cordially support her nomination for the Ted Perry award.”

Nausheen is “excited and thrilled to win the Award". She said:

"Refrigeration is an exciting and enjoyable career where you can push your boundaries. We are in challenging times, we want to get towards net zero carbon emissions, so we need creative solutions and diverse workforces”.

City’s Centre for Compressor Technology prepares to host the 12th Conference of Compressors and their Systems from 6th to 8th September 2021.