The City Law School’s Professor Andy Boon and co-author Avis Whyte from the University of Westminster share thoughts about their recent research into solicitors’ disciplinary processes.

The City Law School’s Professor Andy Boon and University of Westminster Senior Researcher and Senior Lecturer, Avis Whyte, were the featured speakers at a seminar hosted by the Worshipful Company of Solicitors on June 30th 2021. 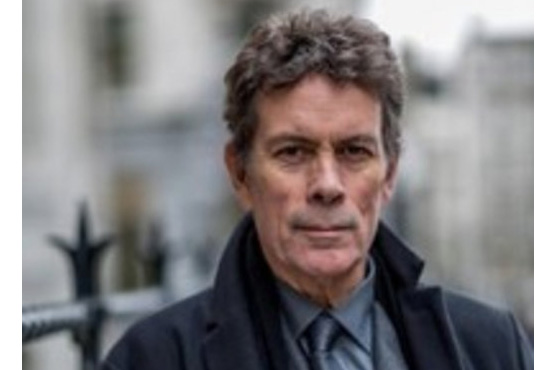 Titled, Do women make more ethical lawyers?, the seminar was part of the livery’s “Food for thought” series.

The seminar was built around Professor Boon and Ms Whyte’s recently published research paper, Trusted to the ends of the earth: Analysing solicitor’s disciplinary processes in England and Wales between 1994 and 2015, which examined detailed data from three periods in the last 20 years and appears in the International Journal of the Legal Profession.

Sharing their thoughts with Senior Warden, Tony King, and Junior Warden, Sarah de Gay of the Solicitors Company, the authors said that during the twenty year period covered by their research, “the number of practising solicitors nearly doubled (from 66,123 to 133,367) but the number of solicitors finding themselves before the Solicitors Disciplinary Tribunal (“SDT”) remained relatively consistent, and then dropped, over that time (from about 279 in 2008 to just 132 in 2015).”

Noteworthy in their findings is the fact that there appeared to be no women appearing before the SDT in 1996, and by 2015, when they represented about 50% of practising solicitors, women were respondents in just 20% of cases. This was the origin of the issue the livery company wished to explore.

On the question of whether female solicitors approach ethical dilemmas differently, Professor Boon and Ms Whyte say that while they do not yet have a definitive answer to this question, “Carol Gilligan (Professor of Humanities and Applied Psychology at New York University) posited that women are more disposed to an ethics of care approach, dominated by the value they place in relationships, whilst men are more inclined to view ethical dilemmas in terms of rights. It’s a controversial hypothesis but provides an important reference point for considering whether there could be biological, social or cultural differences to explain these data.”

They also added that conventional theories of white collar crime were more likely to view misconduct as a function of opportunity:

“As diversity initiatives begin to have an impact in law firms, a rising number of female partners could afford women lawyers greater opportunities to engage in misconduct. It does not mean that, even with greater autonomy, women would choose to break the rules. Other, unexplored, hypotheses include the possibility that women lawyers do in fact engage in misconduct but do so in a way which is less detectible than the misconduct of others.”

Professor Boon and Ms Whyte also considered the possibility of chivalry bias - the theory that some regulators and others assume that women are less capable than men of poor behaviour and so may give them the benefit of the doubt when considering, for example, whether to prosecute a case or in interpreting behaviour. They found no evidence of this in data available from the regulator but noted that It would require further research to see whether this could be a possible explanation for some features of the research data.

They were asked whether there was evidence to support Gilligan in the research:

"Some of the cases analysed suggest that when women lawyers transgressed it was sometimes to deliver something they believed to be in the best interests of their client or their firm, rather than for a purely selfish motive. But the number of instances was insufficient to indicate a clear pattern.”