The City Law School’s Dr Enrico Bonadio and Dr Filippo Fontanelli of the University of Edinburgh discuss opening up access to vaccines by relaxing patent rights.

A new proposal, this time from the US, on how to open up access to vaccines against COVID-19 by relaxing patent rights, has added to an already complex and fraught debate between the World Trade Organisation’s 164 members.

In early May, the US took the world by surprise when it announced that Washington supported an exemption from the World Trade Organisation intellectual property (IP) rules protecting vaccines. The waiver would allow each state to authorise the production of patented vaccines without the consent of the pharmaceutical companies holding the patent.

South Africa and India originally proposed an exemption in October 2020. It was opposed by the US (initially), the EU, Switzerland, the UK and Japan. Such a waiver would be optional (countries could opt out) and suspend specific IP rights protected by the WTO TRIPS Agreement.

This exemption plan is supported by more than 100 countries. It would allow states to bypass the monopoly of IP holders by authorising the production of cheaper generic drugs and other anti-COVID technologies. The waiver would be temporary, until the majority of the world’s population developed immunity. 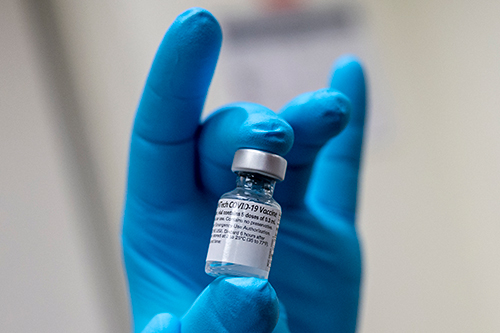 The US-supported exemption is slightly different. It covers vaccines only, maintaining IP protection on other products such as diagnostics, treatments, ventilators, respirators, syringes and refrigerators maintaining low temperatures during storage and transport of doses.

But would the WTO waiver be enough?

We believe there are arguments against the waiver. These include the fact that other factors would still stand in the way of easy and quick access to COVID-19 medicines for all countries. But we also argue that the campaign to have a waiver agreed at the WTO could have beneficial outcomes, such as pushing pharmaceutical companies which hold important IP to share it voluntarily.

One argument against the waiver is that it is unnecessary.

The TRIPS already allows flexibilities. Countries seeking access to medicines can grant compulsory licences (that is, without the IP holder’s consent) under certain conditions. Some have done so during the pandemic.

In March 2020 Israel issued one, speeding up the production and sale of Kaletra as an anti-COVID treatment. The US-based pharmaceutical company AbbVie holds the patent.

And the Indian generic manufacturer Natco recently applied for a licence to produce Baricitinib. This is a rheumatoid arthritis drug that can also treat coronavirus. The IP is held by the US pharmacuetical company Eli Lilly.

States that lack production capacity can, meeting additional conditions, license production abroad with a view to importing the drugs. On 10 May, Bolivia notified a licence to the WTO, for 15 million doses of Johnson & Johnson vaccine produced by the Canadian company Biolyse.

However, compulsory licences must meet a host of requirements. These include the payment of fair compensation to the patent holder.

The waiver proposed by South Africa and India would instead allow countries to circumvent these requirements, insulating generic manufacturers of anti-COVID drugs and technologies from lawsuits.

Another argument undermining the waiver is that it cannot benefit generic producers (and patients), because it would not address the lack of production capacity and poor healthcare systems of many countries. Moreover, it could not alleviate the shortage in raw materials and the steep learning curve of manufacturing processes.

Take the Pfizer mRNA vaccines. This technology was developed recently and with revolutionary know-how: no pharmaceutical company can replicate it quickly. The bottleneck is not just IP protection, but the underlying processes around the protected technology.

If a TRIPS waiver passes, Pfizer could lawfully engage in being obstructive by, for example, refusing to disclose its know-how. It would be difficult, if not impossible, to require pharmaceutical companies to reveal that secret, also because even if such companies were dragged into courts judges would not know which information should be disclosed.

Patents can be suspended by law, but confidential information kept by pharmaceutical companies is not easily retrievable. This has become clear in Bolivia’s plan to import Canadian-made generics. The Canadian manufacturer admitted that “if Johnson & Johnson agree to hand over the formula” production could start in less than half the time.

Waiving or relaxing IP rights over anti-COVID technologies cannot fix the global pandemic alone. Nevertheless it could remove some roadblocks.

Arguably, the waiver could push pharma companies holding patents to increase the supply of their drugs. For example, the recent Natco application for a compulsory licence over Baricitinib has prompted Eli Lilly, the patent holder, to grant royalty-free and non-exclusive voluntary licences to Indian generic manufacturers Sun, Cipla and Lupin. Eli Lilly is also negotiating licences with other Indian producers.

So, flexing the muscles via granting compulsory licences sometimes seems to pay off in terms of encouraging patent owners to share their technology. This happened at the beginning of the pandemic. After Israel issued the compulsory licence over the Kaletra drug early last year, the patentee AbbVie voluntarily dropped its patent rights.

Waiver talks might produce a similar effect: convincing companies to focus on technology transfer and training, perhaps at a profit, and letting go of the plan to maximise patent-based revenues.

It could also be argued that a waiver would be a fair move to make given that over US$12 billion of public funding has gone into the research and development of vaccines. 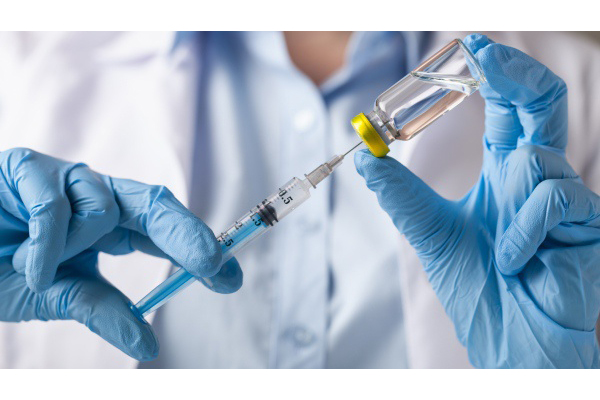 A compromise in sight?

It is still not clear what kind of a waiver WTO members can agree – if any. Negotiations might produce a softer solution than proposed by South Africa and India: perhaps a very short exemption with limited coverage, for example only vaccines, as proposed by the US.

Such compromise could neutralise the refrain of big pharmaceutical companies against any unwelcome relaxation of IP rights. A limited and short suspension of proprietary rights over COVID vaccines would have a lesser impact on innovation incentives.

A game changer in the fight against COVID could be last week’s WHO approval of the vaccine produced by the China-owned company Sinopharm and the Beijing Institute of Biological Products. This is the first vaccine developed by a non-Western country to obtain the WHO green light.

This vaccine can be stored in a standard refrigerator, and “easy storage requirements” – the WHO pointed out – make it particularly suitable for developing and least-developed countries.

In addition, there’s a strong likelihood that China could produce enough vaccines to meet its own needs, and still have surplus that it can export. One estimate is that the Sinopharm vaccine could be supplied to more than 80 countries.

This would benefit people in states which have not been able to access sufficient vaccines and that have recently been hit hard by COVID. These include India, Brazil, Indonesia and the Philippines.

Strengthening the global supply of vaccines would provide a major boost to efforts to contain COVID-19. Running in parallel with efforts to ease IP rules could see the balance shifted towards containment.