Ana Neimus’s book, An Idiot’s Guide To Getting By, was released this week. Here she discusses the theme of the novel and her time as an MA Publishing student at City

Ana Neimus (real name Adina Sulemane) graduated from City, University of London in 2014 with an MA in Publishing. Having been a contributor to City OnTopic (the student magazine of the time) during her studies, she subsequently went on to train and work in law. But writing has always remained a passion. 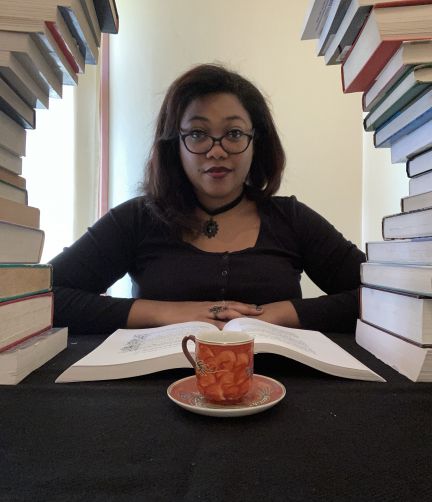 After publishing a collection of short stories – Modern Penny Dreadfuls: Tales of the Monstrous and Banal – and the confidence boost that provided, Ana (pictured) has now published a debut novel.

An Idiot's Guide to Getting By follows a couple of down on their luck twenty-somethings who lie to the police in order to get thrown into witness protection so that they can get a fresh start. The story is set up ironically as a guide with useful advice that appeals to the common sense the characters all seem to lack.

To mark its publication, Ana answered a few questions about the book, as well as her life and her time at City.

Your novel, An Idiot’s Guide To Getting By, was published this week. What’s the premise of the book?
Ana: It’s a book about lost people, for lost people, written by a lost person. There has been so much talk – both against and in defence – of millennials and their experiences. This book came about when I took that and ran with it to an extreme. Like so many things in my life, it started with a joke.

The book follows a young man who is unmotivated and uninspired. Though he is a capable person, he simply doesn't feel connected to anything, and therefore puts in no effort. After a particularly bad day at work, he is forced to examine his life and draws the ridiculous conclusion that he isn't equipped to do anything and so to move forward, he needs to become someone else. Using a c 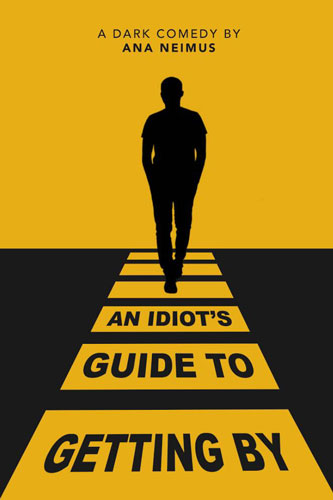 onversation he overheard, he convinces the police to put him into witness protection so that he can start over again.

In doing so, he steals the opportunity for a fresh start from a known assassin, who now has a new target. And raised the suspicions of a federal agent who isn't content to settle for an easy arrest.

You previously published a collection of short stories. Is it more exciting to now be publishing a novel? And was it more enjoyable to write, or more arduous?
Publishing the short stories gave me an unwarranted surge of confidence. Since the main criticism I got from that book was that the stories were too short, I thought “How hard can it be to write a novel? It's like this but longer”. I have since kicked myself many, many times; but I haven't learned my lesson as I'm trying it again.

Writing short stories is fun. You get to enjoy small bursts of creativity then get it out of your system. With a novel, I had a lot more time to think and doubt and second-guess, which probably prolonged the process more than necessary.

It was a matter of sustaining my enthusiasm by remembering that I like this story and really want to tell it.

Tell us a bit about yourself.
I was born in Mozambique then almost immediately shipped overseas to the United States. I grew up on the campus of the university my dad attended for his PhD, so libraries were a big part of my childhood.

We bounced between those two countries for a while, to the point my high school experience was split evenly between them. I then moved to Hull for university, where I got a bachelor’s degree in International Law.

This was all well and good, but at 20 I wasn't ready to devote myself to a cause, so I moved to London and attended City where I got an MA in Publishing Studies. I think university was a comforting experience for me because the second I couldn't stand to get another job rejection, I enrolled at Trinity College Dublin (TCD) for a master’s in Law.

Throughout my time at the different universities, I contributed articles to anyone that would publish me: school newspapers, magazines, newsletters. I wrote about credit and insolvency in the UK for a few months, which was way more fun than it sounds. While at TCD, one of my articles started a small but fruitful protest that led to a reform in the system for international students in Ireland. That might have been the kick I needed to ‘get serious’, so after graduation I moved back to Mozambique and started working in a law firm.

Private practice was alright for a while, but I knew it wasn't going to be a long-term thing for me. Just before I left, I found a couple of short stories I had written at City and posted them online. I got pretty good feedback, so I decided to compile the others, add a few more and publish them, just to see what would happen. Clearly it went straight to my head as I now have one novel published and a second one outlined.

What memories do you have from your time at City?
My time at City was great fun. No, seriously, ask [former tutor] Mary Ann Kernan, I think I spent more time laughing there than anywhere else. That's not because I wasn't taking the modules seriously – though I apologise to my lecturers if I ever made them feel that – I just made really good friends there, one of whom is the reason I started writing.

Niyati and I would pass notes to each other throughout the day. It was old school but something about pen on paper allowed me to get creative and I loved having her as a captive audience. The first four stories that ended up in my collection were actually written in those notes for her. She saw something in them and encouraged me to do something with them. Even after we left London, every time I wrote something, I would always send it her way first. It came as no surprise that she worked as an editor and has now started her own publishing company with a friend in India.

Do you still work in law or are you concentrating on writing these days?
Much like the way I shuffled between Mozambique and the United States, I continue to bounce between law and writing. I no longer work in private practice. I do more independent consulting since I'm trained in common law – from studying in the UK and Ireland and passing the New York Bar. For the most part, it involves a lot of writing. That's why I use the pen name. Adina writes about serious things like investing in Mozambique, leaving Ana to express the things I can't say on the day to day.

What advice would you give to a first-time novelist when they’re just starting out?
You can read what the greats had to say about it, you can listen to suggestions from experts, you can follow a formula someone set up, but ultimately, it's your story so trust that you know what you're doing.

Find a routine that works for you, quiet that voice in your head and write. Your first draft doesn't have to be perfect; it may look nothing like what you end up with but try to enjoy the process.

An Idiot’s Guide To Getting By is published by Tennessee-based City Limits Publishing LLC and is available on Amazon.